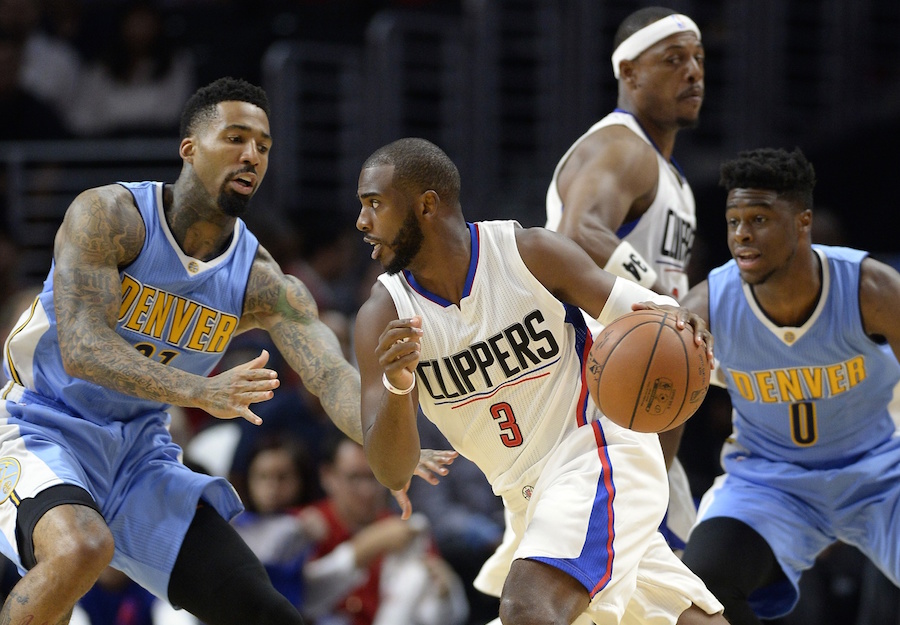 It seems as if the end is near for the Los Angeles Clippers’ run of success. The expected downfall of the Clippers has an eerie resemblance to the rugged breakup and transition the Denver Nuggets went through back in 2013.

Since the 2011-12 season, the Clippers have been one of the top teams in the NBA, boasting a lineup that featured three All-Stars in Chris Paul, Blake Griffin, and DeAndre Jordan. Over the years, the Clippers were regularly considered potential championship contenders, but continuously fell short of expectations.

After year’s of underachieving, many speculated that this would finally be the year the Clippers core breaks up with both Paul and Griffin set to hit the free agent market. The first step in the tear-down came Wednesday when The Vertical’s Adrian Wojnarowski reported that the Houston Rockets and Clippers had agreed to send Paul, a nine-time All-Star, to Houston.

This will likely put a bow on what was the Clippers run of being one of the Western Conference’s premier teams for over half a decade. The Clippers will now face the same problem that most teams in the NBA are tasked with: What’s new and what’s next?

Like the Nuggets of 2013, the Clippers now find themselves in the awkward position of trying to transition from top dog in the West to refinding their identity.

For years the Nuggets ran atop the Western Conference, with the fiery George Karl at the helm. Denver made the playoffs in every season Karl coached, like the Clippers with Vinny Del Negro and Doc Rivers.

The Clippers and Karl’s Nuggets share a handful of traits, but the biggest being their inability to take the next step during their respective runs.

For years the Nuggets fell short against the powerhouse Los Angeles Lakers, constantly seeing their hopes and dreams dashed by heroics of Kobe Bryant and Co. The same can be said for the Clippers, who routinely crumbled in the spotlight aginst other powerhouse teams like the San Antonio Spurs and Golden State Warriors.

The Nuggets and Clippers both experienced success during their runs, but both teams will be known for underachievement rather than their success.

Back in 2013, the firing of George Karl and the departure of general manager Masai Ujiri seemed justifiable at the time but ultimately resulted in the Nuggets falling flat on their face and being forced to rebuild the franchise from the ground up.

The Clippers are in a similar situation. The trade of Chris Paul could be the first domino to fall in the Clippers’ grand scheme. With NBA legend Jerry West now at the helm for Los Angeles, a serious revamp could be in the works for the future of the franchise.

The Clippers now find themselves in a similar situation to the Nuggets back in the day. With impending critical decisions ahead, the Clippers will look to salvage what’s left on their roster in order to attempt to remain competitive in the thick of what is a new modern NBA.

Times are changing in the league, and it seems like the Clips are shaping up to be old news in the league just like the Nuggets became.