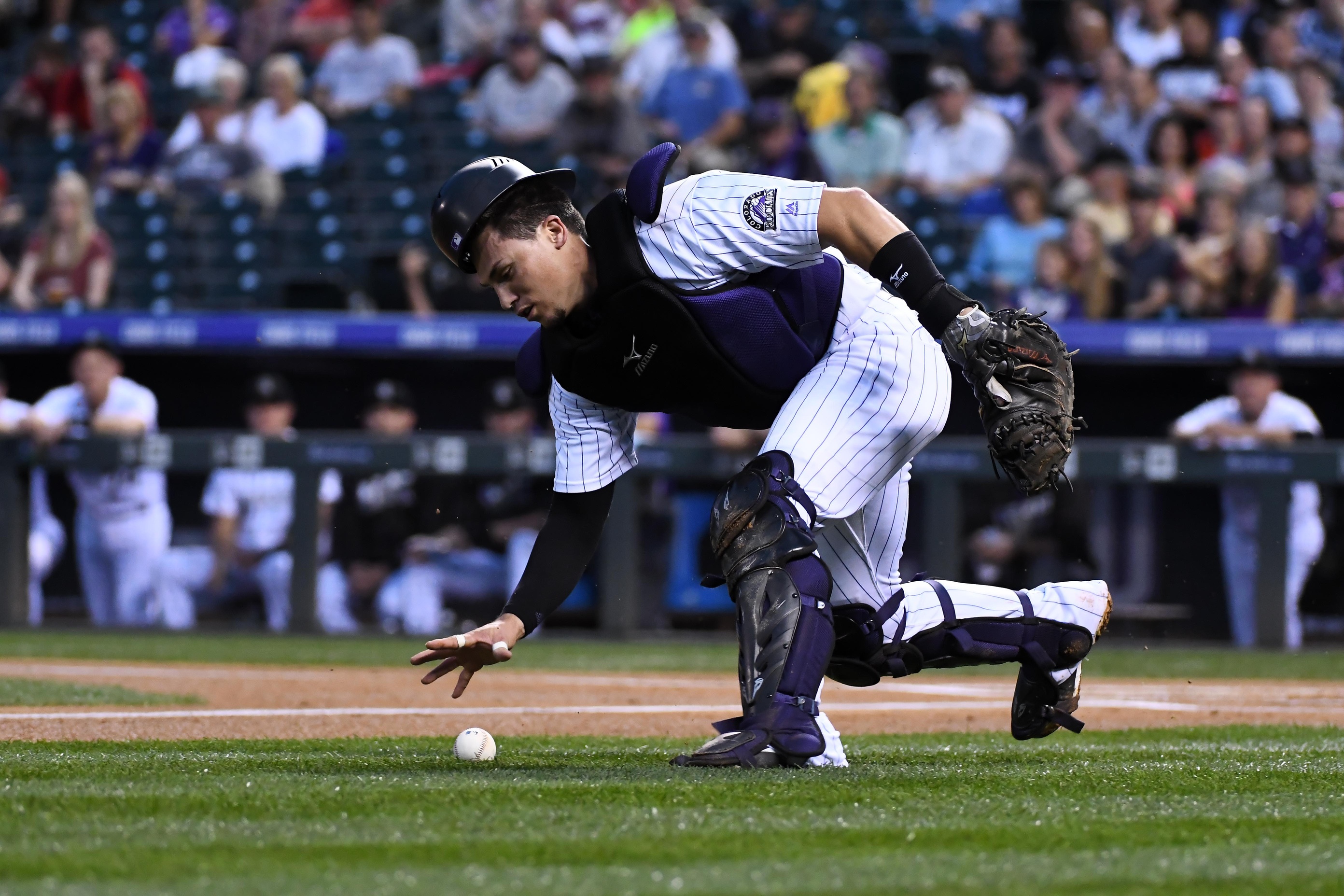 The Colorado Rockies turned heads last season with their impressive 87-75 record, returning to the postseason for the first time in eight years while establishing themselves as a perennial playoff threat for the foreseeable future.

After years filled with shortcomings and underachievement, general manager Jeff Bridich figured out a way to tap into the minds and wallets of the Monfort family, the Rockies ownership group, which until recently have often been branded as cheap and disinterested in winning. The Rockies currently claim the 14th-highest payroll with $123.64 million dedicated to the 25-man roster which is a significant increase from 2017 ($105.03 million) and 2016 ($88,354,041).

The Dish on the Guys Behind the Dish

The catcher position was a carousel of sorts for Colorado last season. The Rockies entered the year planning to use a tandem of rookie catchers in Tom Murphy and Tony Wolters. After Murphy suffered a fractured right forearm during Spring Training, the Rockies pivoted to Wolters and Dustin Garneau to start the season. Garneau struggled in the early going and management eventually had to make the move to veteran catcher Ryan Hanigan, who signed with the team on a minor-league deal just ahead of Opening Day.

Wolters impressed early, and Hanigan was steady throughout the season. Both are adept receivers, but lacked the punch manager Bud Black needed at the bottom of his lineup. The Rockies got that plus a veteran to work with their young starting pitching staff when Jeff Bridich traded for Jonathan Lucroy at last season’s deadline. Lucroy impressed in his limited time with Colorado by posting a .310 batting average with 13 RBIs in 46 games. After the brief but enjoyable stint with the club, Lucroy welcomed the idea of a reunion this offseason. It is still not entirely out of the question, but differences in opinion over the length of a potential deal and dollar amounts seemed to derail contract talks early in the winter.

With that, the Rockies decided to go with a familiar face to take over a bulk of the duties at catcher this coming season by signing veteran Chris Iannetta to a two-year, $8.5-million-dollar contract. Iannetta was a member of the Rockies from 2006-11, during which time he hit .235 while driving in 236 runs. After departing Colorado, Iannetta spent time with the Los Angeles Angels, Seattle Mariners and Arizona Diamondbacks before seeing his career come full circle at age 34. Iannetta is a lifetime .231 hitter.

Iannetta, like Lucroy and a slew of other aging players have done over the years, will be looking to give his career a spark in his return to Colorado. Coors Field is one of the most hitter-friendly parks in the sport and profiles perfectly to Iannetta’s biggest strength — power.

Although he does not hit for a particularly high average or drive in a large number of runs, Iannetta can be a difference maker with one swing of the bat. He can serve as a slugger of sorts for Colorado moving forward as he did in his lone season in Arizona. In 89 games last season, Iannetta blasted 17 home runs while slugging .511. Charlie Blackmon, Nolan Arenado, Mark Reynolds, and Trevor Story were the only Rockies who managed to eclipse the 15 home run threshold last season. Outside of Blackmon and Arenado, pinch-hitting superstar Pat Valaika was the only Rockie who slugged higher than Iannetta in 2017.

With the hitter-friendly accommodations of Coors Field and his particular skillset, Iannetta has the potential to be a vigorous bat for the Rockies in the lineup.

Wolters will split time with Iannetta behind the plate, assuming the Rockies do not add another catcher via trade or free agency. After starting the season strong — .285 batting average through the first three months of the season — Wolters slumped in the second half of last season, which resulted in a trip down to Triple-A Albuquerque late in the year. In addition to his stats at the plate taking a dip, his once-touted defense, specifically pitch framing, also diminished in 2017.

Spring Training will be important for the Rockies when evaluating Wolters and his role with the team for the 2018 season. A strong showing in the Cactus League could cement Wolters as the Rockies second catcher alongside Iannetta. In addition, Wolters could serve multiple purposes for the Rockies as he converted to a catcher after playing the infield.

That said, Wolters could benefit from time in the minor leagues as he has only been a full-time catcher for a handful of seasons. In Triple-A Wolters could develop offensive game while learning the intricacies of the catcher position, which includes how to handle a pitching staff.

If the Rockies feel Wolters is not ready for a full-time job at the major-league level they could explore Tom Murphy once again or look elsewhere to fill the void at catcher. Garneau is no longer an option, as he was claimed off waivers last August by the Oakland Athletics.

Free agent Alex Avila would be a nice addition and makes a ton of sense for the Rockies on offense. Avila, 31, hit .264 in split time with the Detroit Tigers and Chicago Cubs last year and is a proven commodity behind the plate, having played nine seasons at the major league level. A tandem of Iannetta and Avila is enticing and would act as a balancing act with Iannetta more power driven and Avila who can hit for average. However, Avlia’s market value sits around $8.6 million per year. That may be too pricy for Colorado, who just committed more than $100 million to its bullpen this offseason.

The catcher position has big potential for the Rockies in 2018. Bud Black has a few intriguing options he can mix-and-match based on relationships with pitchers and opposing teams. All three catchers currently on the roster bring different skill sets the team can utilize, but the option remains for Colorado to explore outside options in an attempt to bolster the offense for the impending season.