Strike One: The challenge for any contending team forced to play the bulk of a season without a star player doesn’t always present itself when they introduce the starting lineups. Typically, teams as good as the Denver Nuggets have depth that allows them to pull a guy up from the second unit and plug him in with the starters and there isn’t a lot of drop off. During the Michael Malone era in Denver, the Nuggets have had that kind of depth and have typically risen to the challenge of playing without key players while still remaining among the league’s best teams.

The issue shows up on the bench. When you have to put Monte Morris, for example, into the starting unit to fill in for Jamal Murray, the bench takes a bigger hit than the starting unit. And this season’s Denver bench hasn’t been great.

As they start this season without Murray, Malone’s challenge has been to find someone to replace Morris.

Is that guy really going to be rookie Hah’Shon “Bones” Hyland, the team’s most recent first-round draft pick? Nuggets history says no. But Malone’s recent rotation and Bones play during his limited minutes might say otherwise.

If we’ve learned one thing about the Nuggets organization during the Tim Connelly years, it’s that they’ve stayed true to their “draft and develop” philosophy. First-round picks – regardless of how high they are picked or how great their upside is, simply don’t get much playing time for Malone. Michael Porter Jr, Bol Bol and Zeke Nnaji for example, have had to put in their time and work hard in practice and then find a comfortable seat to sit and watch games during their first season. At first, playing time is sporadic, and mostly comes late in blowouts.

That’s how it works being a Nuggets rookie. It’s proven to be the successful formula. Porter, for example, has apparently overcome the injury bug and become a “max” salary player, so it definitely worked out for him.

Hyland has provided a spark early in the season. Malone has praised him, and after scoring eight points in a close win in Minnesota, noted “Zero hesitation. He is fearless.” That evidently means a lot to the coach.

Still, as the season wears on, Hyland will still need to learn the same thing that MPJ was force fed. The NBA is about more than firing up threes. When Hyland’s been on the court, he hasn’t been shy about tossing it up, which to be fair is the ability that got him drafted in the first place. But he’s looked a little lost on the defensive end, too which is to be expected if not tolerated.

Hyland can shoot it, yes, but he needs to add to his skinny frame and come to understand that the defensive end – which has actually been the Nuggets best attribute during their early season wins – is equally important. MPJ is still learning that. Let’s hope Bones figures out that part sooner rather than later.

Strike Two: The Denver Broncos are average in pretty much every way possible. And it’s not just because they currently have a 4-4 record.

Their special teams aren’t special, but with below average coverage units, an average return game, and slightly better than average kickers (to be fair, Brandon McManus is really really good but so are almost all the kickers in the league, so in effect, he’s average.) The special teams are average, too.

And guess what? Deciding to fire head coach Vic Fangio now, or before this season is over, isn’t going to change any of that. These Broncos under an interim head coach will still be average.

Which begs the question: What good would it do to fire Fangio during the season? All it would really do is muddy the waters for the new ownership that comes in before next season.

Fangio and this coaching staff were pretty much average when he was hired, which was actually a big step up from his predecessor. At the time, the Broncos were desperately looking to be average. This year, they might get there record-wise.

If you follow this stuff and believe the scuttlebutt, then if Fangio goes, Shurmur will probably follow him out the door and Munchak would be put in charge for the remainder of the season. Or maybe special teams coach Tom McMahon will get the nod. (Just kidding!)

Broncos fans are frustrated with good reason. They want – they deserve – better than average. But a coaching change right now isn’t going to right this ship. The Broncos need new leadership and a new direction from the very very top. New ownership may stick with general manager George Paton and they might not. Current “ownership” may let Paton make a new coaching hire after this season before a new owner comes in. That could mean someone like Dan Quinn gets the Broncos gig. Quinn has a solid resume, even if he’d be considered a retread by most. By the way, Quinn’s career head coaching record is two games above average.

You just wonder if a new owner/GM combo might go out and try to find the next Sean McVay, and possibly set the Broncos up to be a lot more than average for the next decade or so. That would be better than average. 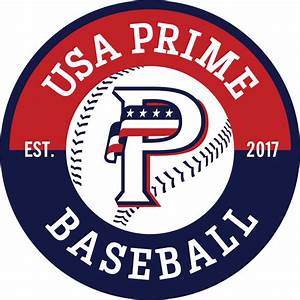 Strike Three: Colorado State boosters haven’t been shy about touting their school as one of a small handful of programs worthy of being chosen to be elevated to a Power Five conference every time conference realignment/expansion happens. Great school, (fairly) new, beautiful on-campus stadium, great TV market, attendance that’s getting better. So why not us?

Unfortunately, the Rams on field product has not moved the needle nor impressed anyone in the Big 12 (or anywhere else) office. It’s typically conference champs that get looked at when the big boys are looking for a new dance partner. It’s been more than two decades since CSU won the Mountain West conference in football, and several seasons since they’ve even been in the conversation.

One huge reason for that is that CSU can’t beat Boise State.

The Broncos have been the gold standard in the Mountain West conference for the past decade. There have been years when BSU was far better than everyone else in the conference and a staple in the top 10. Then there have been others – like this season – when the Broncos aren’t great. It hasn’t mattered. The all-time series between CSU and BSU is, um, lopsided to say the least. Boise State has beaten Colorado State 11 straight times. Or, put another way, every time they’ve played. Every. Single. Time.

Every other team in the Mountain West has at least one victory over the Broncos. CSU has none.

The latest match up was a hard fought 28-19 Boise State win at Canvas Stadium this past weekend. The Rams jumped out of the gate fast, looked strong and took a 13-0 first quarter lead. But an old bugaboo – CSU’s inability to score touchdowns in the red zone – came back to bite it once again. For CSU, its scoring amounted to one touchdown and four more field goals. (In wins against San Jose State and New Mexico, CSU scored a total of four touchdowns while settling for 11 field goals.)

If even just two of those four trips into the BSU red zone had resulted in touchdowns instead of field goals, the Rams losing streak v Boise might have come to an end.

But it didn’t. Instead, the latest result showed that a gap between the programs still exists. And if/when conference expansion talks heat up again, they’ll start with Boise State, and include perhaps San Diego State – which has also had a good deal of success on the field in recent seasons – and probably still not include CSU. Not yet.

Not to say their hasn’t been progress in Fort Collins, because clearly there has been. CSU under Steve Addazio is far from perfect. There have been signs of progress – like a tough road win at Toledo and a narrow loss to nationally ranked Iowa – along with several maddening moments this season. Those include a coaching staff blunder on a final play field goal attempt the previous week that resulted in a loss to a Utah State team they should have beaten. They’ve given away at least two games (Vanderbilt and Utah State) they should have won, and that may very well end up costing them a bowl bid.

Bowl game or not, the Rams are physically better at the line of scrimmage and play a tougher and better brand of football. And now, at least when commentators and media types start talking about the conference championship, the Rams are in the conversation.