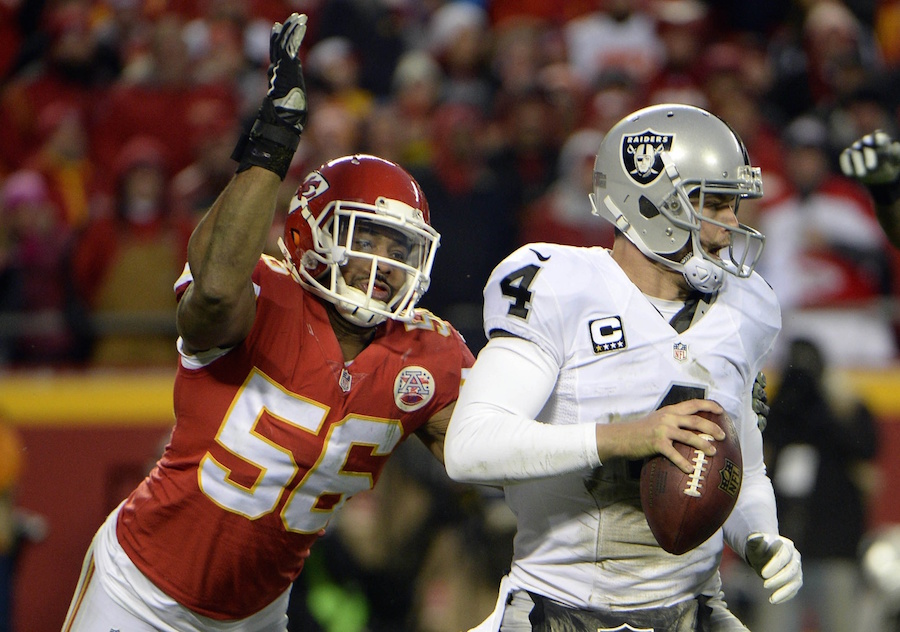 In the 30 days leading up to the start of Denver Broncos Training Camp 2016, we’re examining 30 big questions for the season. We’ll make a case for each answer; you’ll vote and tell Broncos Country what’s going to happen this year.

The Denver Broncos will enter the 2016 season looking for their sixth consecutive AFC West championship. This year, though, the task will not be as simple as it was in years prior.

The AFC West was considered the weakest division in the National Football League only a few short years ago, but with both the Broncos and the Kansas City Chiefs making the playoffs in 2015 and the Oakland Raiders knocking on the door, that’s no longer the case.

In the Broncos’ five-year run, they have only lost a total of six games against divisional opponents, and they went undefeated in the AFC west in 2012 and 2014.

Over the course of five seasons, 11.6 wins per season were enough for the Broncos to capture their five division titles. But with the division looking as strong as it has in recent memory, it may take a few more to lock up the AFC West for the sixth year in a row.

The Broncos could realistically have to win 15 games or have a perfect season to win the division in 2016. Both Oakland and Kansas City seem like they are ready to explode for big seasons and after watching the Broncos win the AFC West year after year, they are more than ready to slay the giant. The Chiefs showed that they can rattle off a win streak in 2015, putting together 10 wins in a row. If the Broncos drop a division game early in the year they may have to win out to keep the Chiefs in the rearview. If the division is as strong as it looks to be, 15 wins may be what it takes.

Unlike years past, the Broncos may have to squeeze one or two more wins if they want to be crowned AFC West Champions for the sixth year in a row. In their five-year reign, the Broncos have won eight games once, and 12 and 13 games twice. The last time they won 14 games was in 1998. With the AFC West showing signs of strength heading into 2016, the Broncos might need to win 14 games to take their sixth consecutive division title.

The Broncos had back-to-back 13 win season in 2013 and 2013, and with the way the AFC West is looking heading into 2016, they may need another 13 win season to claim the division title. This would allow them a little wiggle room in case they drop a game or two along the way, something that is bound to happen. 13 wins is something that this Broncos team seems totally capable of doing. Although the AFC West has shown signs of improvement, 13 wins for the Broncos would mean that they still have some catching up to do.

In the last two seasons, the Broncos have won 12 games each year to secure the AFC West. If 12 wins is enough to win it again this year, it could very well mean that the Chargers, Raiders and Chiefs still have quite a bit of work to do if they want to knock the Broncos off the top spot. Winning 12 games would be nothing new to the Broncos, having won at least that amount in the previous four seasons. If it takes 12 wins or less to win the AFC West, it could mean that the signs of improvement the rest of the division has shown just happened to be a few good seasons, and the Broncos shouldn’t have to worry about getting knocked off for at least one more year.

What does Broncos Country think? How many wins will it take to lock up the AFC West?

30 QUESTIONS: How many wins will it take for the Broncos to win the AFC West?