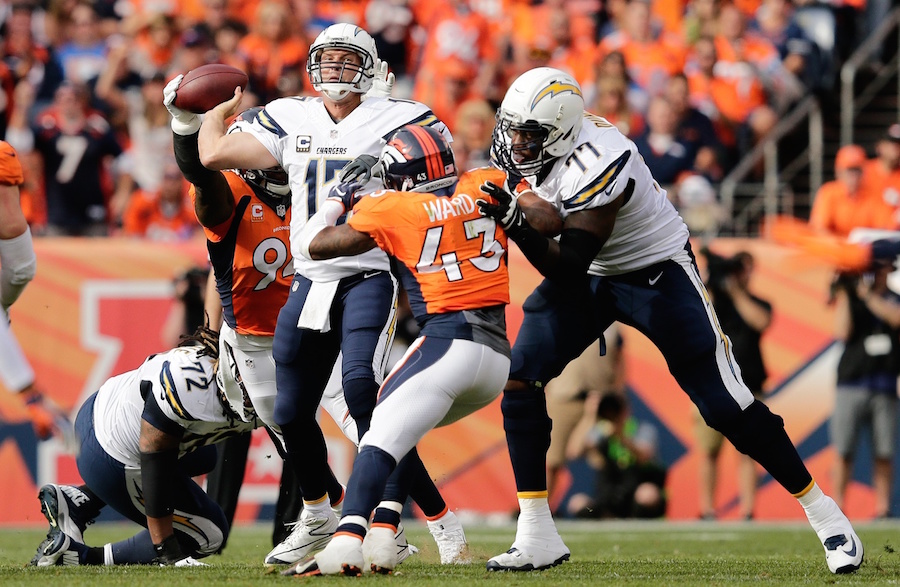 On Thursday, the NFL announced the schedule for each of their 32 teams. As such, Broncos Country can finally plan the details of their weekends (as well as two on Mondays and one on a Thursday).

But when can the Denver Broncos write in a win? Guaranteed? Not often. They have as the toughest slate of any team in the league, facing eight playoff teams from last season (a total of 10 times).

Sometimes however, you can breathe a little sigh or relief however. You still have to show up to play, but here are the dates of each of their five easiest games for the 2017 season.

Ahhh….Miami. It may not be a gimme game (the Dolphins made the playoffs last season), but it’s a nice place to visit in the bitter cold of winter. It will certainly feel nice in December.

The Broncos will be motivated for this one, as Vance Joseph makes his return to Miami. Not sure if the Dolphins have what it takes to get past the Broncos defense, even if the game is in Florida.

Now, Indianapolis hasn’t always been kind to the Denver Broncos. Many assuredly remember Peyton Manning’s return. That being said, this will not nearly have the pomp and circumstance that accompanied PFM.

This isn’t the same Colts that faced Manning either. Sure, they have Andrew Luck, but there isn’t all that much around him these days. This is a Colts team that finished with a .500 record last season.

Come on. Can this really be considered a road game? The Chargers haven’t played a home game in Los Angeles since 1960. Now, they play in a soccer stadium half the size of an NFL stadium.

There is no guarantee that people in La La Land will even gravitate to the Chargers. The Bolts’ arrival doesn’t have nearly the buzz the Rams did. The Broncos need to win divisional games, and this is the worst team in the division.

It has become tradition in the Mile High City. The Broncos open the season at home. This is the seventh straight time they have opened in Denver. They have won five straight.

The Chargers always play the Broncos hard, but Denver will be motivated, looking to start the season off with a win, looking to silence the droves of doubters. If they cannot win this one, the Broncos may be in trouble.

Last season, Gang Green looked more like a disease than a football team. It wasn’t pretty for the New York Jets. Without a clear answer at quarterback, it’s hard to see them getting much better in 2017.

The Broncos will be returning home off of a two-game road trip for this one. There is no reason to think that return won’t be triumphant.