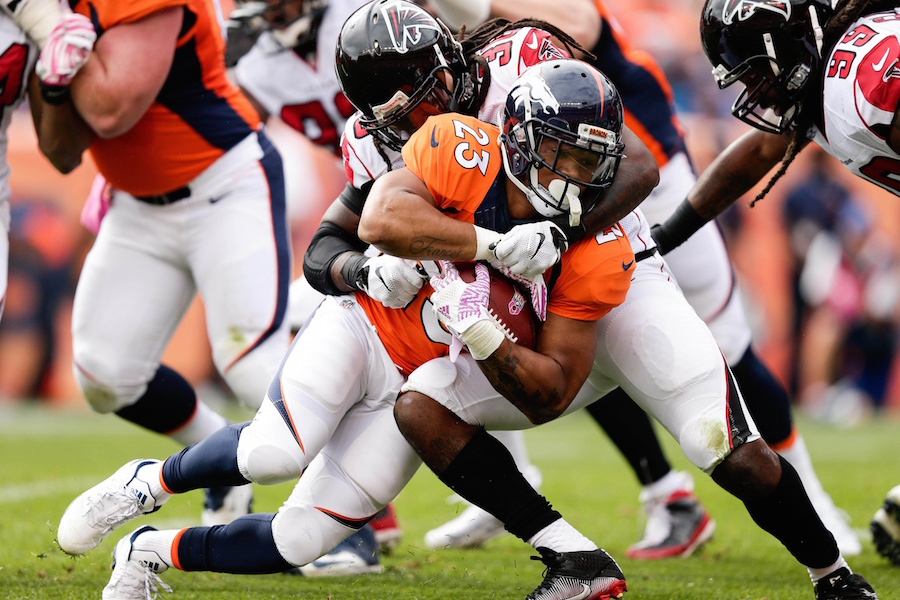 Once again, the run game is coming back to bite the Denver Broncos in the you-know-what.

And while the backs deserve their fair share of blame, I can’t put it all on them. It’s difficult to get much going in the run game when you only rush the ball nine (!!) times.

I don’t care what the situation is, that’s inexcusable; at best it’s poor game planning, and at worst it’s bad coaching. Either way, it’s not good.

Gary Kubiak is supposed to be the running back whisperer; that’s his claim to fame. Terrell Davis, Mike Anderson, Arian Foster, Justin Forsett — put any running back in Kubiak’s system and they’re sure to dominate.

Instead, the team is averaging 3.6 yards per carry and can’t convert a third-and-short to save their season.

We blamed Manning for disturbing the “Kubiak system” last season, but that clearly wasn’t the problem; Kubiak has been given every opportunity to install his offense, and it clearly hasn’t worked.