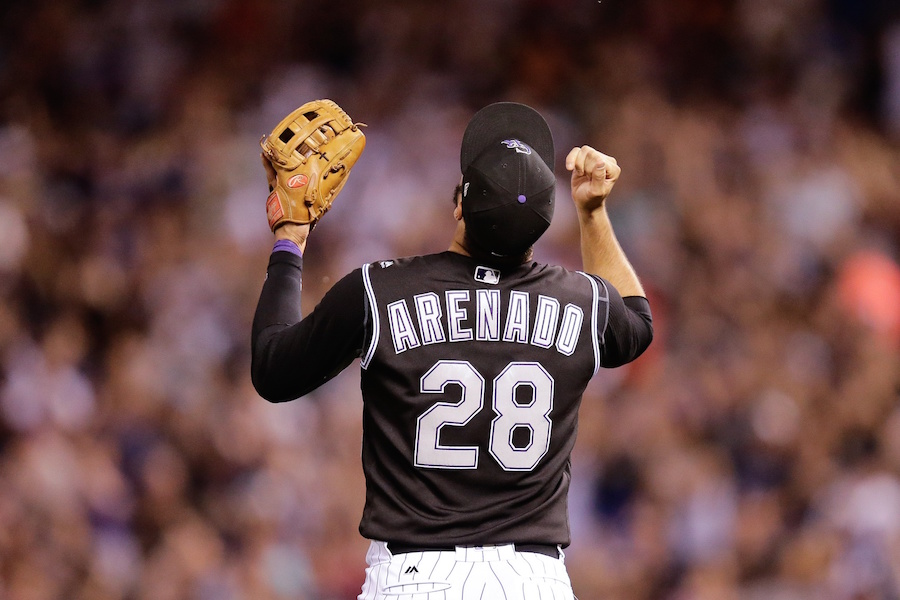 Nolan is the starting 3B for the NL All-Star Team! ⭐️⭐️⭐️ pic.twitter.com/kigZ0QlCZr

Nolan Arenado will start at third base and makes his third appearance in the MLB All-Star game. He becomes the second Rockies third baseman to start an All-Star Game, Vinny Castilla in 1995 was the first.

Charlie Blackmon has been voted an @AllStarGame starter!

Congratulations to @Chuck_Nazty on his 2nd #ASG honor. ⭐️⭐️ pic.twitter.com/dTDuOcBbXG

Charlie Blackmon was voted into the starting line-up and will make his second All-Star game appearance. Blackmon currently leads the team in runs, hits, triples, batting average and beard length.

Greg Holland is an All-Star for the 3rd time!

Greg Holland was voted an All-Star for the third time in his career and first as a Colorado Rockie. Holland leads the MLB in saves with 26 in 27 attempts.

In addition to the starters, the MLB announced the reserves for the All-Star game and joining Arenado, Blackmon and Greg Holland will be DJ LeMahieu.

.@DJLeMahieu is an All-Star again!

Congratulations to our 2nd baseman on this well deserved honor.#ThatsMyDJ ⭐️⭐️ pic.twitter.com/qLe26QdW0B