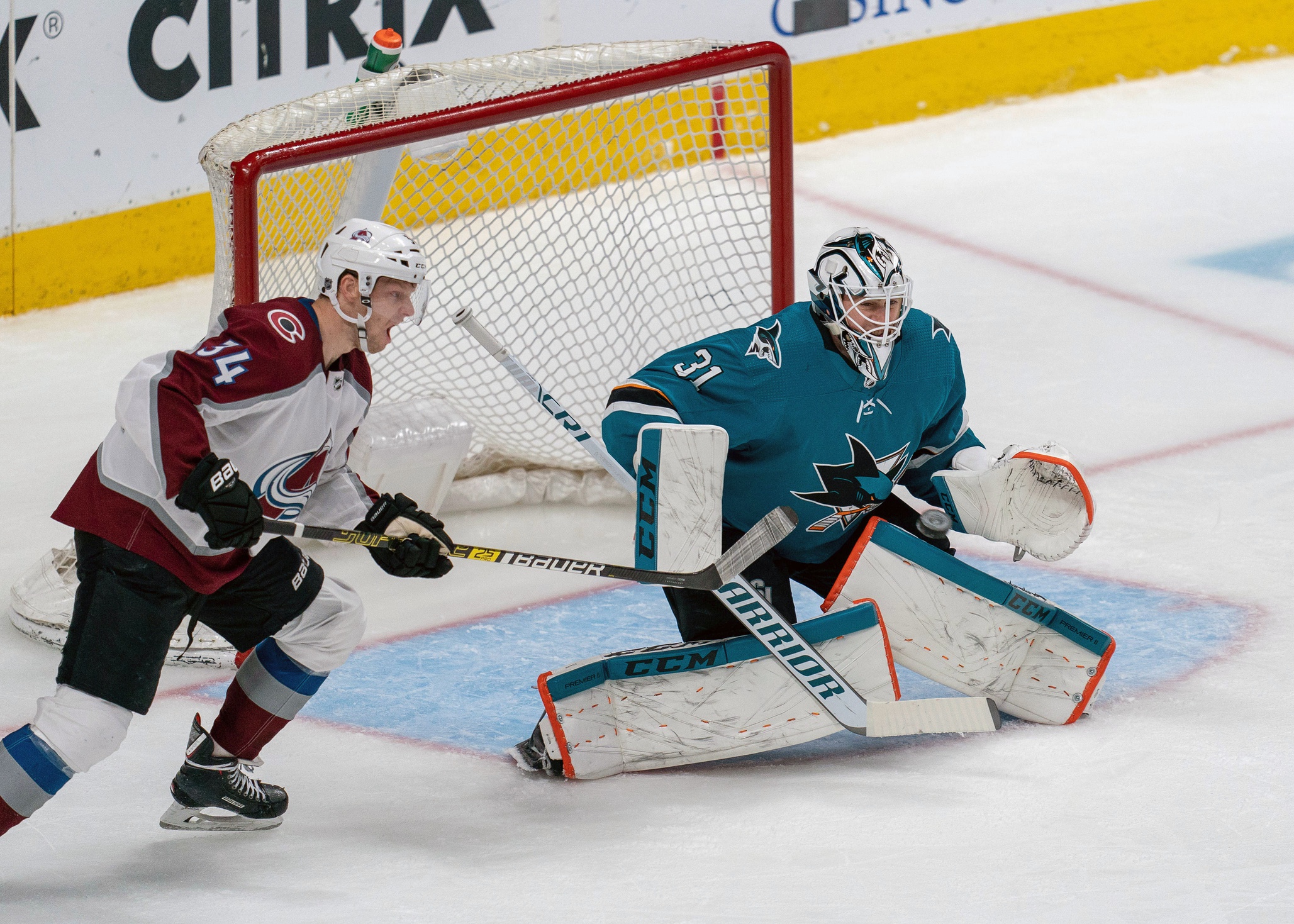 For the first time in 11 years, the Avalanche are headed to Round 2 of the Stanley Cup Playoffs. The Avs will play the Pacific Division’s No. 2 San Jose Sharks in the quarter-finals, a team that defeated them all three times they met in the regular season.

Colorado made easy work of its first-round opponent. The Avs defeated the No. 1 Calgary Flames in five games, including the final four in a row after getting shutout in game one. The Sharks needed seven games and two miraculous comebacks to defeat the Vegas Golden Knights in overtime on Tuesday’s Game 7.

Trailing 3-1 in the series to the second-year expansion team, the Sharks defeated Vegas 5-2 in game five, before scoring late in game six and a shorthanded double-overtime goal to force game seven. In the finale, San Jose trailed 3-0 with ten minutes left, before a controversial five-minute major call on Cody Eakin set up San Jose’s second comeback in as many games.

The Sharks scored four power-play goals in 4:01 during the long man-advantage but surrendered a goal in the final minute, sending the seventh game to overtime. Barclay Goodrow capped off the second straight comeback for the Sharks as his goal gave San Jose its third-straight victory, a series win and a second-round matchup against the Colorado.

The Avalanche will travel to San Jose for Game 1 on Friday at the SAP Center in San Jose, California. Here is your guide to the second-round series between two teams that are currently riding multiple-game winning streaks.

1. The Avalanche went winless in the regular season against the Sharks. Similar to their first round matchup, the Avs enter a series against a team they failed to beat in the regular season. San Jose went 3-0 against Colorado, winning all three games in regulation. The final matchup between the two teams came on the final day of the regular season. Colorado led 2-1, before San Jose scored four unanswered goals to defeat the Avs 5-2 in a game where both teams coasted to the final buzzer in preparation for the playoffs.

2. San Jose has four 30-goal scorers, the most in the NHL. Colorado is among a group of high-powered offensive teams that boasts three 30-goal scorers. The Sharks lead the league with four, led by captain Joe Pavelski’s 38. His linemate Timo Meier finished with 30 in his second full season. Wingers Tomas Hertl and Evander Kane scored 35 and 30 goals, respectively. Even though Colorado’s top line consisting of All-Stars Nathan MacKinnon, Gabriel Landeskog and Mikko Rantanen all reached the plateau, the Avs will still have their hands full with San Jose, as each of their four lines contains multiple double-digit goal-scorers.

4. The Sharks are coming off a long overtime-filled series. Colorado cruised to a 4-1 series win over Calgary, defeating the Flames by multiple goals twice and needing a half a period of overtime hockey in the other two games to earn a seven day rest heading into the second round. On top of requiring seven games, San Jose also played 48:41 of overtime in the final two contests. In total, San Jose played 47% more hockey in the first round than the Avs did. San Jose will have just two days off before Game 1.

5. Colorado has not lost at home since March 17. The Avalanche entered the playoffs winners of six straight at home and the streak continued after the first round. Colorado peppered Calgary for 108 shots in two home games, defeating the Flames 6-2 and 3-2 to win its eighth straight game at the Pepsi Center. San Jose was 3-1 on home ice against the Golden Knights in the first round.