The Avalanche have completed the first month of their season, and coming off a playoff berth last season, they’ve started this one on the right foot, sporting a respectable 7-5-3 record through the first 15 games. We thought it would be a good time to check in with the Avs staff at Mile High Sports, and get their thoughts on how things are going thus far.

One month into the season, who would you say has been the Avs’ MVP to this point?

JJ Jerez: Aside from an ugly third period in Calgary, Semyon Varlamov has put up some stellar numbers so far this year. He’s been solid during big moments, made a handful of timely big saves and most importantly, he’s been consistent. We have seen the same Varlamov in everyone of his starts. It’s amazing to see what he is capable of when healthy.

JJ Seaward: Mikko Rantanen. Although most of the credit does stem down to Nathan MacKinnon, credit should not be taken away from the success that Rantanen has had in the first month of the season. There was a reason why he was named the first star of the month for October, and that is due to Rantanen’s playmaking ability, but also to his overall offensive capabilities. One aspect of his game that people are now starting to respect is his overwhelming strength. The scary part is that Rantanen is only just now beginning to fill into his potential; bigger things are expected of him.

Evan Rawal: I would echo the sentiments that it would be Semyon Varlamov. Philipp Grubauer has had a subpar start to the year, and Varlamov has held the Avs in games while they’ve been outshot most nights. While I do believe this is his last year in Colorado due to his contract situation, he’s making a good case right now to any teams around the league that may be looking for a starting goaltender next year.

Shawn Drotar: With all due respect to Mikko Rantanen (the NHL’s First Star of the Month for October) and Gabe Landeskog, it’s still Nathan MacKinnon. As legendary baseball slugger Reggie Jackson used to say… about himself... MacKinnon is the “straw that stirs the drink,” and the reason that his linemates have been so successful. Opposing teams are rightfully wary of Landeskog and Rantanen – top players, playing brilliantly – but they’re terrified of “Mac”.

On the flip side, who has been the biggest disappointment through one month?

Shawn Drotar: Tyson Jost. Now in his second full season, the 20-year-old winger hasn’t made much of a dent on the score sheet and his defense leaves much to be desired. Again, he’s 20, and there’s more reason for optimism than pessimism in the long term… but if you’re asking who underwhelmed in October? Jost leads the list; he’s got to be much better than he’s been for the Avalanche’s hot start to continue.

JJ Jerez: Philipp Grubauer. After five starts and a 3-1-1 record, Avs fans are still waiting for Grubauer to have his statement game. He has had a couple rough starts to games, which is somewhat understandable considering the time he spends between starts, but a 3.60 goals-against-average and a .893 save percentage so far this season is inadequate for a team looking to rely on its backup for a third of the year.

JJ Seaward: This was a difficult choice for me, as the majority of the Avs in the month of October have played well. However, I am going to have to go with Alexander Kerfoot. Despite racking up 10 points so far in the season, Kerfoot has only scored two goals. With an offseason that was filled with talk of him shooting the puck more, and seeing him display this during the preseason — Kerfoot has reverted, and I would like to see him not pass up opportune shooting spots for trying to set up a pretty pass.

Evan Rawal: I would, unfortunately, have to agree that it is Tyson Jost. He’s only 20 years old, so it’s certainly not time to give up on him, but there haven’t been nearly enough flashes offensively to make you think he’s destined to be this team’s second-line center anytime soon. With no even-strength points in 11 games this year, he just hasn’t been getting it done on the scoresheet. I do believe there have been strides in his game defensively, but there needs to be more offensively.

Natural Stat Trick shows the Avalanche are 25th in the NHL in terms of even-strength puck possession, controlling only 47.05% of the shot attempts per game. Is their success sustainable throughout the season if that keeps up?

Evan Rawal: Teams make the playoffs every year that struggle to possess the puck because of other things in play, but it’s not a recipe for long-term success. As it stands right now, the Avs are a one-line team, and while that one line is producing and creating a ton offensively, they’re also giving up a lot of chances defensively. The talent beyond the top line has been a problem this year, and I think the injury to J.T. Compher has proven to be bigger than we would have guessed at the start of the year. Compher was one of the bottom-six players who was driving the play forward to start the year, so a return from him would help a lot, but the way the Avs are playing right now is not sustainable for long term success.

JJ Jerez: I’d like to say it’s not too worrisome because we have seen the team be successful while not being dominant in possession. The team’s struggles this year have come on the defensive end. A solid goalie could overcome a lot, but the defense is going to have to find a way minimize small mistakes, because the scoring has been there despite the possession stats.

Shawn Drotar: It’s not. The Avalanche have a collection of talented shooters – Landeskog’s tickling the twine at a roughly 1-in-4 clip – but getting outshot regularly takes a toll on your goaltenders first, then on your forwards, as they’re forced to get back more often. Basically, getting outshot in a single game doesn’t set off too many warning lights, but when it’s happening all the time? There’s nothing more damaging to a team over a grueling, 82-game season than fatigue that you can’t shake – getting outshot has a cumulative effect on that, and the Avalanche will pay for it down the road if they don’t flip that script.

JJ Seaward: Good teams are able to control the overall pace of the game enough for them to make solid offensive and defensive decisions. However, elite teams are those who are able to control the pace of the game, play keep away from their opponent, and be able to strike seemingly at will. With this in mind, if these numbers continue to remain true as the long season rolls along, the Avs could find themselves in some trouble — especially considering that the Avs are in the unforgiving Central division.

The Avs have yet to find a consistent second line in terms of production that they can depend on. In an ideal world, who would be on your second line if you could construct it?

JJ Seaward: Kerfoot-Kamenev-Jost. Although this is an obvious choice, it makes a lot of sense when you put all of the particular skill sets of these three players together. Kerfoot is a skilled playmaker who is creative with the puck, but also is a fast skater and contains a strong shot (when he chooses to shoot the puck). Kamenev is a large body who has exceptional skill with the puck, but the most important aspect of his game is the fact that Kamenev can win faceoffs — a spot where the Avalanche, as a whole, struggle mightily in. Last but not least, Jost is a skilled forward who is capable of exceptional playmaking ability but is another player that you do not want to leave unmarked. Although he has struggled to put up points this season and has run into injury trouble, having Jost on a line with Kerfoot and Kamanev could possibly jumpstart him to gain success.

Evan Rawal: I believe the Avs have a second-line center in Carl Soderberg, but have yet to actually use him in an offensive role because they look to him to be the stopper defensively. Because of that, he gets put with less-talented wingers and is under-utilized offensively. In my ideal world, Carl Soderberg would be centering Alexander Kerfoot and J.T. Compher on a second line. Compher would be the shooter, Kerfoot would be the playmaker, and Soderberg does a little bit of everything. It would also be a line that could be trusted defensively to help out. Either way, I think there’s more to get out of Soderberg offensively than what the Avs have been able too just due to usage.

JJ Jerez: I really liked the idea of a line we’ve seen a few times already in Tyson Jost, J.T. Compher and Alex Kerfoot. Granted, it wasn’t too effective the few times they’ve played together, but I think the similar mindsets and playing styles between the three would be a strong trio, playing with speed, skill and bit of grit. It might be geared too for on the offensive side of the ice, but as pros, they can always improve on the defensive end as they continue to grow and learn the NHL game.

Shawn Drotar: Given that the Avs are so center-heavy, it’s hard to create a line where somebody isn’t playing out their natural position – and comfort zone. The Colin Wilson-Alex Kerfoot-Tyson Jost line looks like their best bet, but I’d go even younger and swap Wilson out for Vladislav Kamenev, who’s taken Jost’s place in the last couple games thanks a head injury. Kerfoot’s a talented passer; add Kamenev’s exciting size-and-speed combination on the outside, free up a little space on the ice for Jost… and let the kids figure it out. 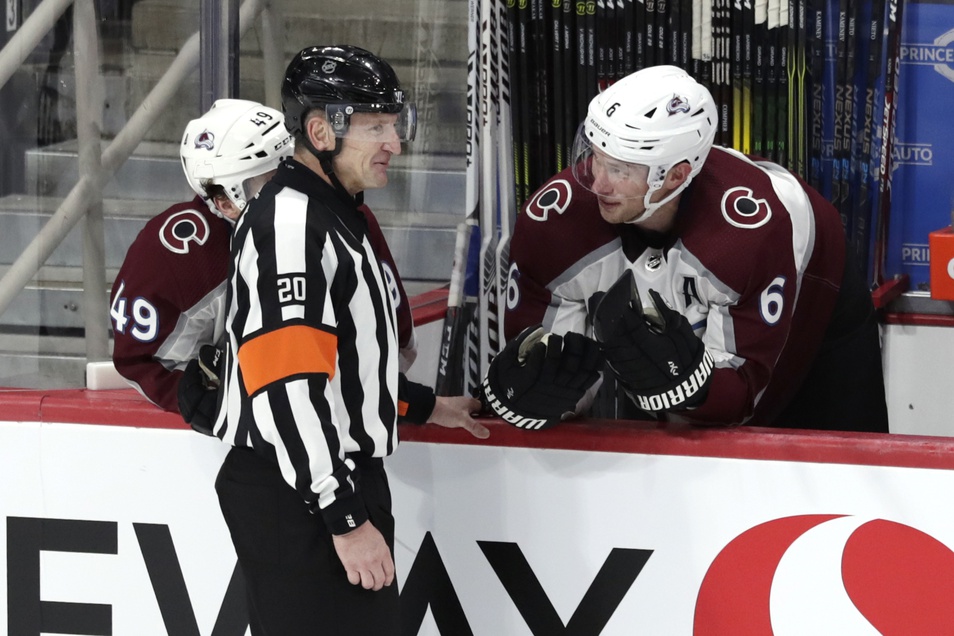 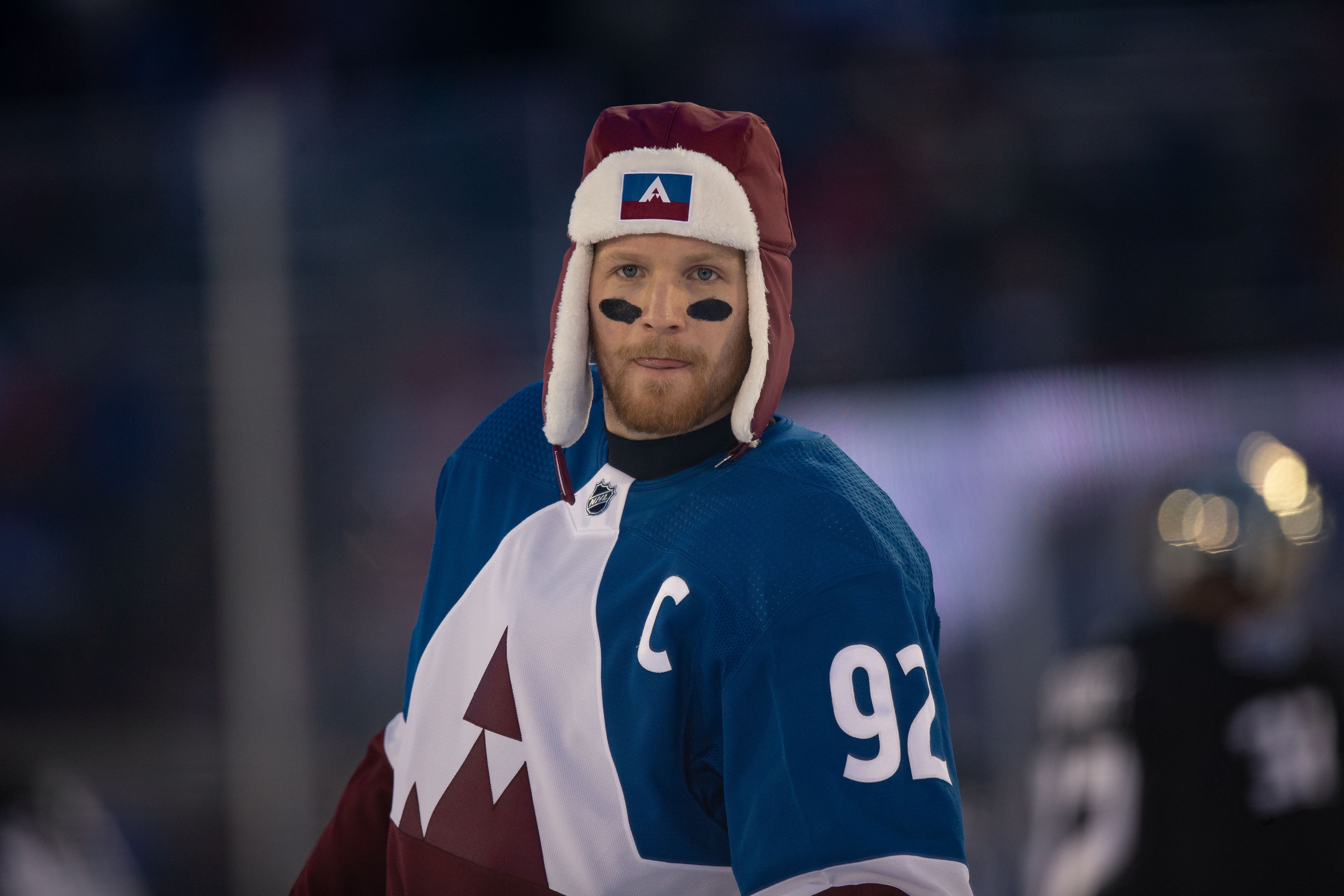