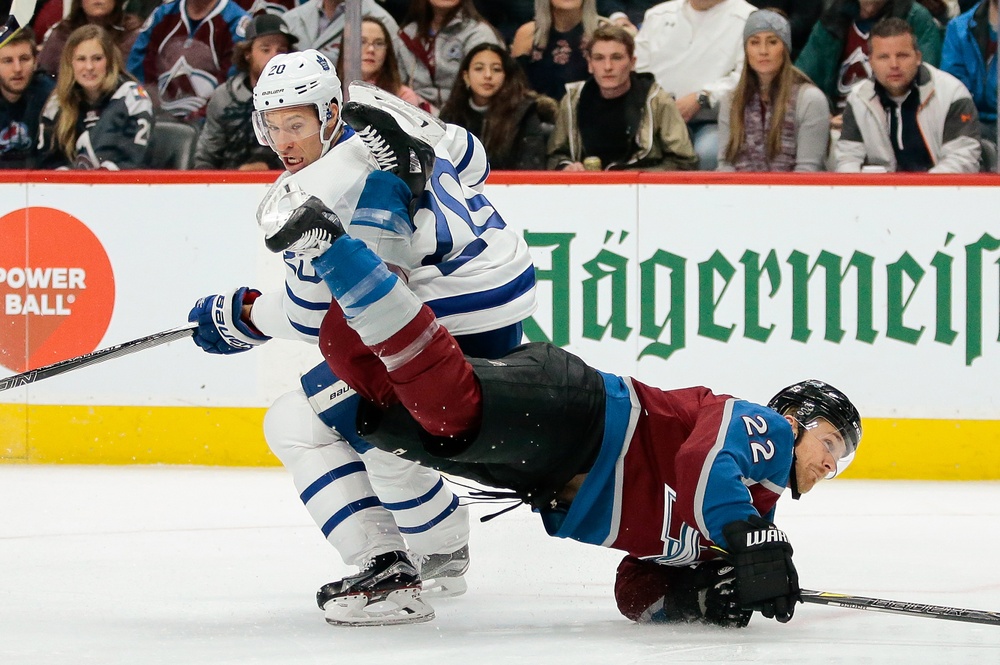 Following a back-and-forth, steady game between the Colorado Avalanche and Toronto Maple Leafs on Friday night at the Pepsi Center, the Avs walked away victorious in a thrilling, sudden-death overtime stunner, 4-3.

“That was a great 60 minutes we played,” Rantanen said. “We had a lot of chances at the net, so I think every guy had a great game. We got the two points, which is the most important thing.”

In a fairly evenly-matched offensive and defensive showing, J.T. Compher played hero when he bested his former teammate in Toronto goalie Calvin Pickard with 3:25 down in overtime.

“It was fun,” Nathan MacKinnon said of playing against Pickard. “He’s definitely a different goalie. He’s loose in the net and he’s always fun to talk to. … Picks is a good buddy of mine, and I definitely miss him here.”

While both goalies performed well, the Leafs tested Varlamov slightly more than the Avs did Pickard. Toronto took 34 shots on goal to Colorado’s 28, meaning that Varlamov shined in the save percentage category.

For much of the first period, the Avs commanded the pace of the game, and it paid off just over midway through. After going 11:24 with no offensive action from either team, Nathan MacKinnon got Colorado on the board first with a slick goal past his old teammate, Pickard.

That didn’t last long, however, and the Leafs had nothing to do with that.

With 5:05 to go in the period, Josh Leivo passed the puck from behind the net with the intention of getting it to Matt Martin in the crease, but it instead ricocheted off of the skate of Black Comeau and into the back of the net. That tied things up at one, and although the Leafs got tantalizingly close to gaining the advantage with 53 seconds on the clock, Varlamov kept the game locked at 1 going into the first intermission with a nice save.

Throughout much of the second frame, the Leafs turned the tide in their favor as they dominated possession for the first ten minutes, but a stellar Avalanche defense kept them at bay and wouldn’t let them gain any ground. After 10:29, Mikko Rantanen retaliated to give the Avs their lead again, outsmarting Pickard to go up 2-1.

In the final period of regulation, the Avs made quick work of their offensive prowess as Alexander Kerfoot took advantage of Toronto to take the lead once again, 3-2, with 16:26 to spare.

Going into the final few minutes, Toronto pushed the pace on offense and kept up its intensity. With under two minutes to go, their ferocity finally paid off with a score from James Van Riemsdyk to force extra time.

“I think we were calm,” Compher said of the team’s mindset in that moment. “I think that obviously you want to finish that in regulation, but we stayed with them and battled.”

Through much of the overtime period, the Leafs commanded the game until an interference penalty changed the momentum in favor of the Avalanche. A little over midway through, J.T. Compher capitalized and sent the Maple Leafs packing.

“I like the way we played tonight a lot,” head coach Jared Bednar said. “We had a great first period skating, we were on our toes, limiting their chances of getting puck play, and our puck decisions were really mature. We’re a focused group and we’re a determined group.”