Columbus Blue Jackets defenseman David Savard scored with just over one minute remaining on the clock to pull his team ahead and beat the Colorado Avalanche 4-3 on Sunday night in Denver. It was the first of two meetings between the two clubs this season.

The Blue Jackets (17-17-3) pulled out the win despite playing on the second half of a back-to-back after losing 6-3 in Arizona the previous night. The Jackets are one of the hottest teams in the league of late with an 11-2-1 record in their last 14 games.

The Avalanche (15-16-8) penalty kill was a bright spot, as they went 4-for-4 against the Blue Jacket’s top-ranked power play.

The game-winner turned around what would have been a terrible night for Savard – who was on the ice for all three Avalanche goals, had a turnover lead directly to a goal-against, and deflected a puck into the Jackets’ net with his skate.

“It was good. Me and Jack [Johnson] talked about it as we walked into the room and it felt good to finally get a bounce our way tonight,” Savard said. “I think we were both pretty rattled about the game when you’re on for all three goals against, so it felt good.”

The Avalanche opened the scoring just 30 seconds into the game when Jarome Iginla took advantage of an ill-advised turnover in the Columbus zone by Savard and scored all alone in the slot with a wrist shot. The goal was the fastest by any Avalanche player on the season.

Iginla ranks third all-time with 53 points (25 goals, 28 assist) against the Blue Jackets in his career. The 37-year-old veteran also moved into a tie with Kirk Muller for 46th all-time by playing in his 1,349th career game.

After taking a few minutes to wake up, the Blue Jackets took control with 10 straight shots on goal in the middle of the first period.

At 11:30 of the period, Cody Goloubef threw the puck at the net and Brandon Dubinsky made a terrific redirection out of mid-air to send the puck past Semyon Varlamov and tie the game at 1-1. The goal was the 100th of Dubinsky’s career.

The Avalanche went 16:24 without a shot before Nathan MacKinnon got their third shot on goal at 17:31 of the first period. Usually the opposite would be expected after scoring a goal 30 seconds into the game against a road team that played the night before, but the Avalanche were unable to capitalize on their early momentum.

Columbus got lucky early in the second period. The puck took a funny bounce off of the zamboni door behind Varlamov and came straight to Dubinsky, who buried his second of the night and second of the season to give the Jackets their first lead.

Gabriel Landeskog provided the answer for Colorado four minutes later by undressing Curtis McElhinney on a 3-on-1 break and sliding the puck into the net on his backhand. It was the first goal for Landeskog – who didn’t score a goal in the month of December – in his last 16 games.

Ryan Johansen and Cody McLeod traded goals to close out the second stanza.

Savard’s game-winner came on a blast from the point that ricocheted off of Borna Rendulic and past Varlamov with 61 seconds left in the game.

“You can say bad luck, but they put the puck on net and they scored,” coach Patrick Roy said. “Still, offensively on that play, I thought we could have done a better job.”

The Avs will try to get back on track again when they visit the Chicago Blackhawks in the Windy City on Tuesday. 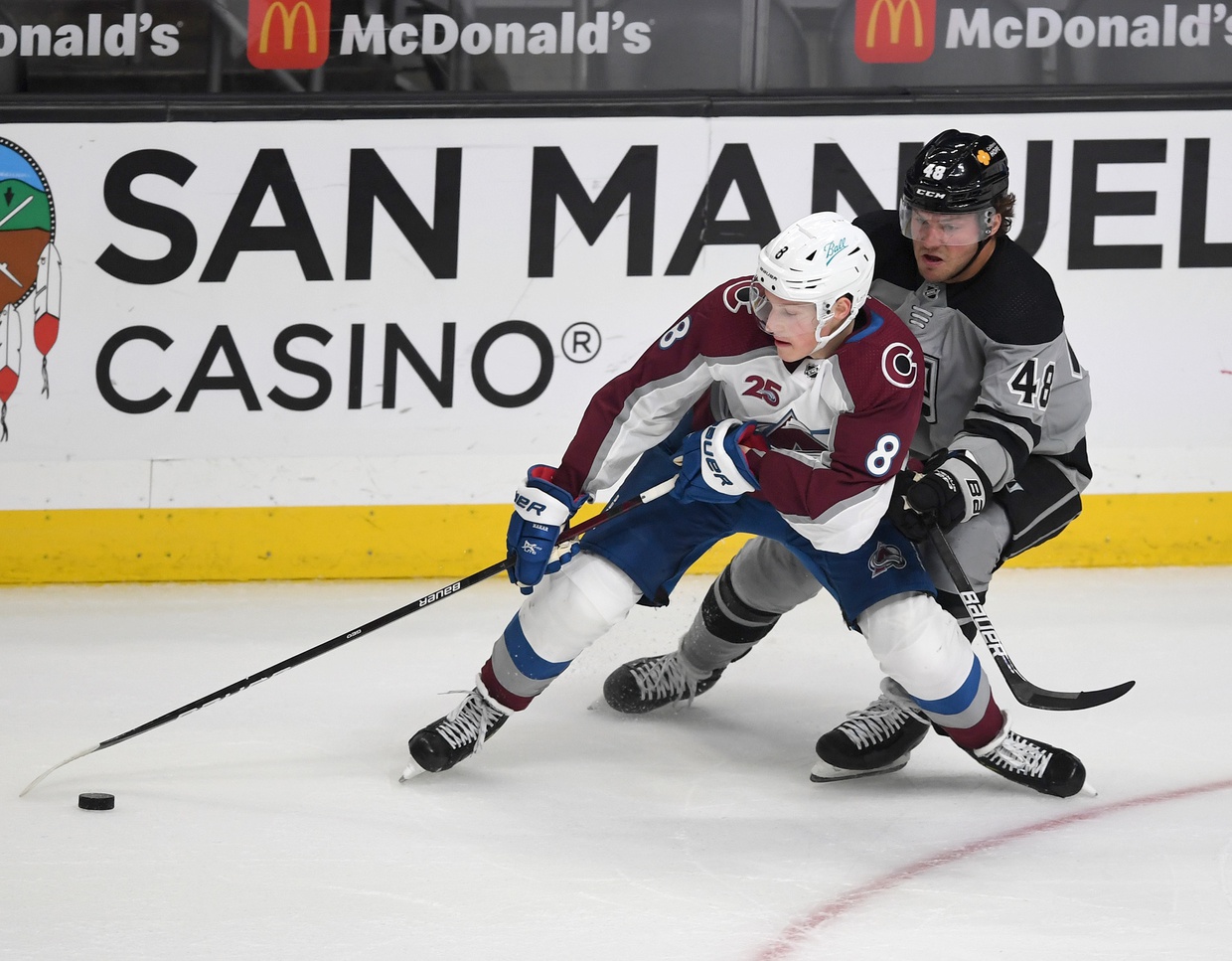 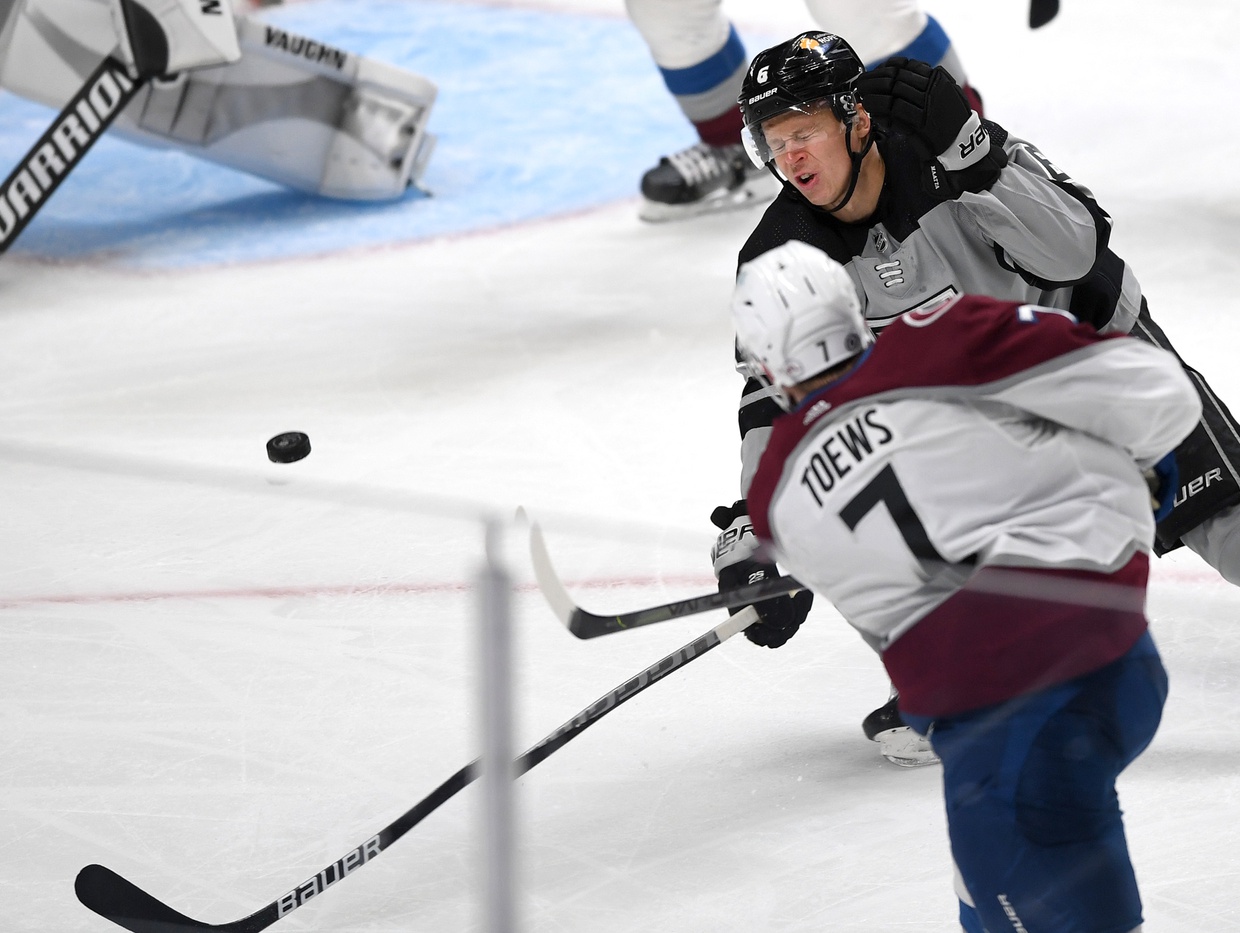