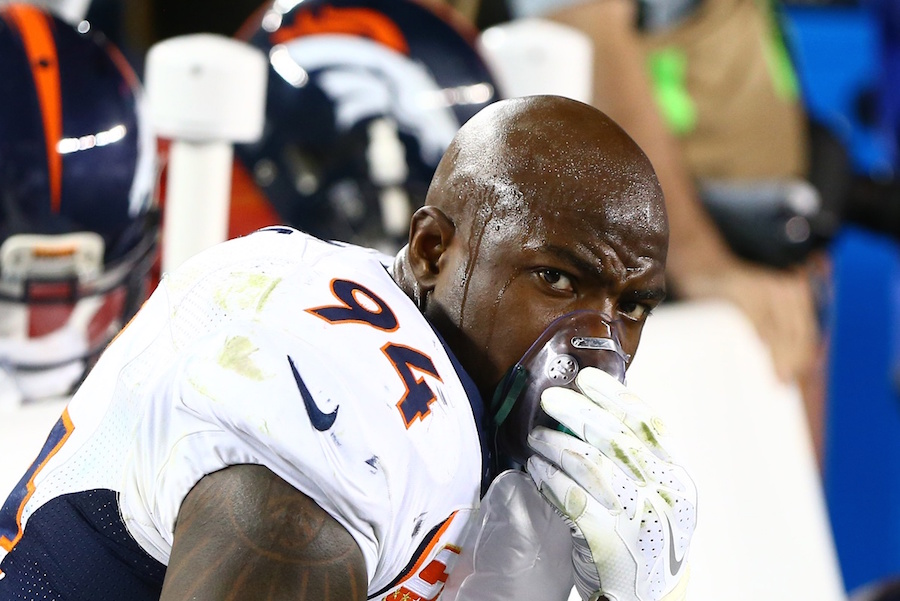 The Denver Broncos earned a big, much-needed win on Monday, taking down Brock Osweiler and the Houston Texans, but it wasn’t all good news in Broncos Country.

According to the man himself, someone broke in and robbed DeMarcus Ware‘s house during the Monday Night Football game.

After a great win, came home to find my house was robbed. Never about the material things for me but my safety. Thank God for hidden cameras

While horrible news, the silver lining is that neither Ware nor his family were injured. Hopefully those “hidden cameras” find the culprit(s) and help return Ware’s missing belongings as soon as possible.

The Denver Police Department has released photos of the three suspected men who burglarized Ware’s house, and they’re offering a reward for any information.

If you recognize any of these three men, please call authorities and help return the stolen items to to their rightful owner.