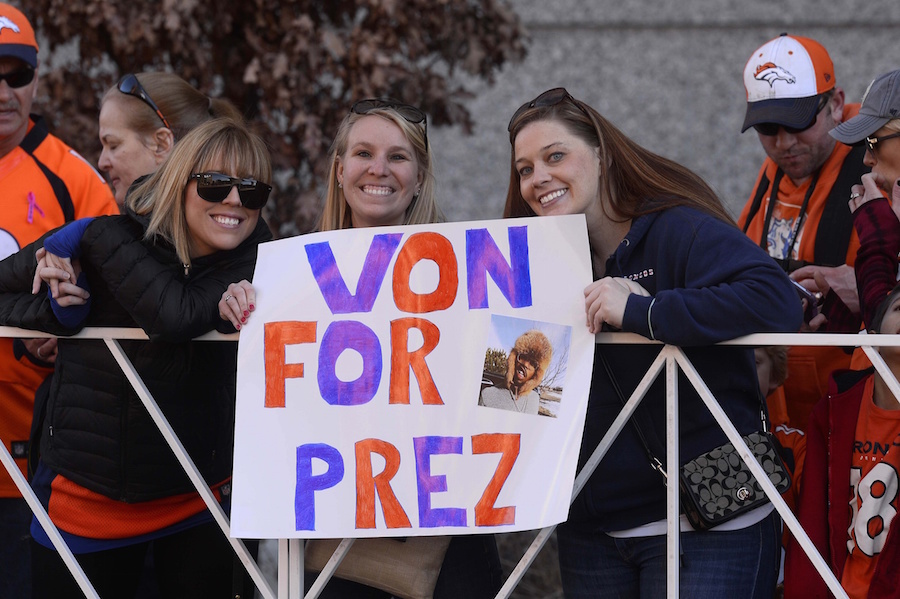 The Denver Broncos showed why they’re considered one of the best-dressed teams in the NFL as they are headed to visit President Obama on Monday morning.

Members of the 2015 Denver Broncos will be in Washington, D.C. to celebrate their Super Bowl 50 victory as well as be recognized for their various charitable efforts throughout the season.

Von Miller, who was voted one of SI’s “Fashionable 50” earlier this year, was all smiles alongside defensive captain DeMarcus Ware. (Ware will be taking control of the NFL’s Instagram account for the day, so be sure to follow along there, as well.)

Miller and Ware posed also for a tarmac photo with Chris Harris, Kayvon Webster and a clean shaven Darian Stewart.

Kenny Anunike and Todd Davis were both sporting Broncos blue suits as they stepped on the plane.

Virgil Green was sporting a slightly more casual look inside Broncos HQ before the team departed. (We’re guessing he’ll ditch the hat and shades upon arrival at 1600 Pennsylvania Avenue.)

Brandon McManus, meanwhile, looks like he took breakfast and his necktie to go as he boarded the team bus.

Max Garcia popped this shot on the team bus en route to the airport.

Off to the White House ! See you soon @POTUS #SB50Champs pic.twitter.com/YGN3URVzio

The wide receivers are going all out, as well. Here’s Bennie Fowler.

Cody Latimer didn’t stick with Broncos colors, but his outfit is still right on time.