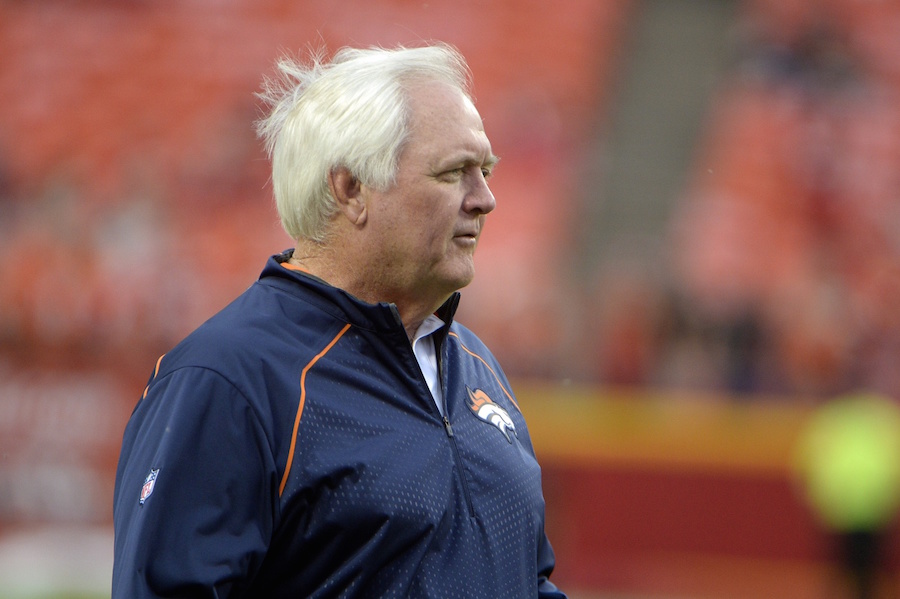 No sooner had the news come out on Thursday night that the man responsible for the Denver Broncos’ world-class defense over the past two seasons was now headed to Los Angeles were members of that unit on social media bidding farewell to their former leader.

Adam Schefter reported on Thursday night that Wade Phillips was headed to the Rams and several of the top players on the Broncos defense were quick to say their goodbyes and pay respect to the man who helped lead them to a Super Bowl 50 victory on the back of one of the best defensive seasons in team and NFL history.

Phillips’ contract was set to expire and the team did not appear interested in retaining him under new head coach Vance Joseph.

Linebacker Brandon Marshall posted this picture on Instagram, with the caption “It’s been a pleasure”… 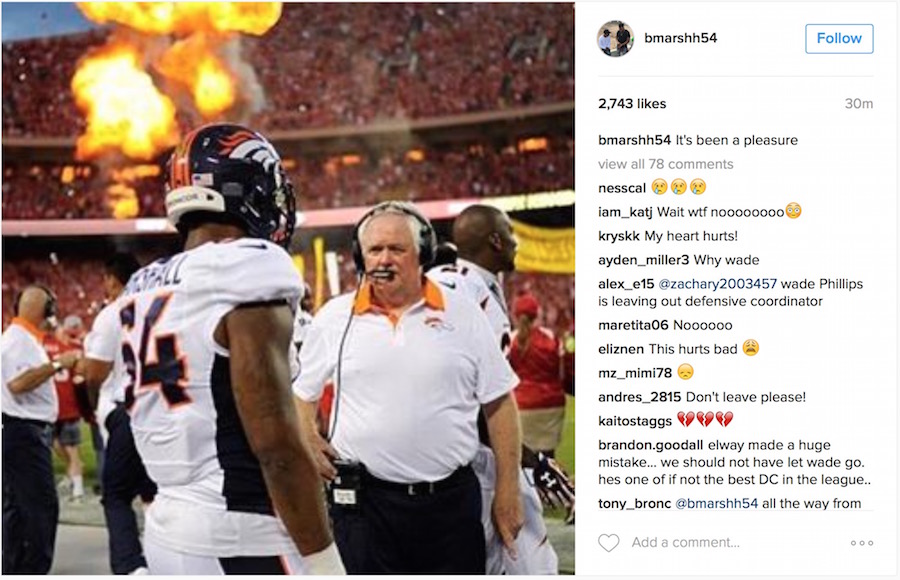 I'm going to miss @sonofbum great coach, but even better man! May God continue to bless you and your family! #legend

@sonofbum going to miss you
MR. WADE !!! Thank you for everything .

And Chris Harris, who had his first first-team All-Pro nomination under Phillips, called the 69-year-old coach #Legendary…

Thanks Coach Wade @sonofbum will be missed #Legendary