After six long weeks, tackle Ja’Wuan James could finally see the field this week against the Indianapolis Colts.

While James is officially listed as questionable, Vic Fangio said “It’s leaning towards that he’ll be able to make it.” Fangio even said that James may start, but that he may not play the entire game. The right tackle has been a full participant this week in practice.

More importantly for the Broncos, this means that Elijah Wilkinson is available to fill in at left tackle. Fangio said that Wilkinson could see time there to spell Garett Bolles, who will get the start this week.

Finding his way onto the report today was tight end Noah Fant, making Fangio’s “top-five weirdest injuries” list. Fant cut his after yesterday’s practice taking off tape from his ankle. Fant says he has a “1000 percent” chance he’ll play this week and didn’t need stitches for the cut.

Also appearing on the injury list for the Broncos were linebacker Justin Hollins (knee) as questionable, and Bryce Callahan (foot) and Will Parks (hand) as out. Fangio said that Callahan has made the progress that they hoped for, but there’s just a “50-50 chance” he plays this season. 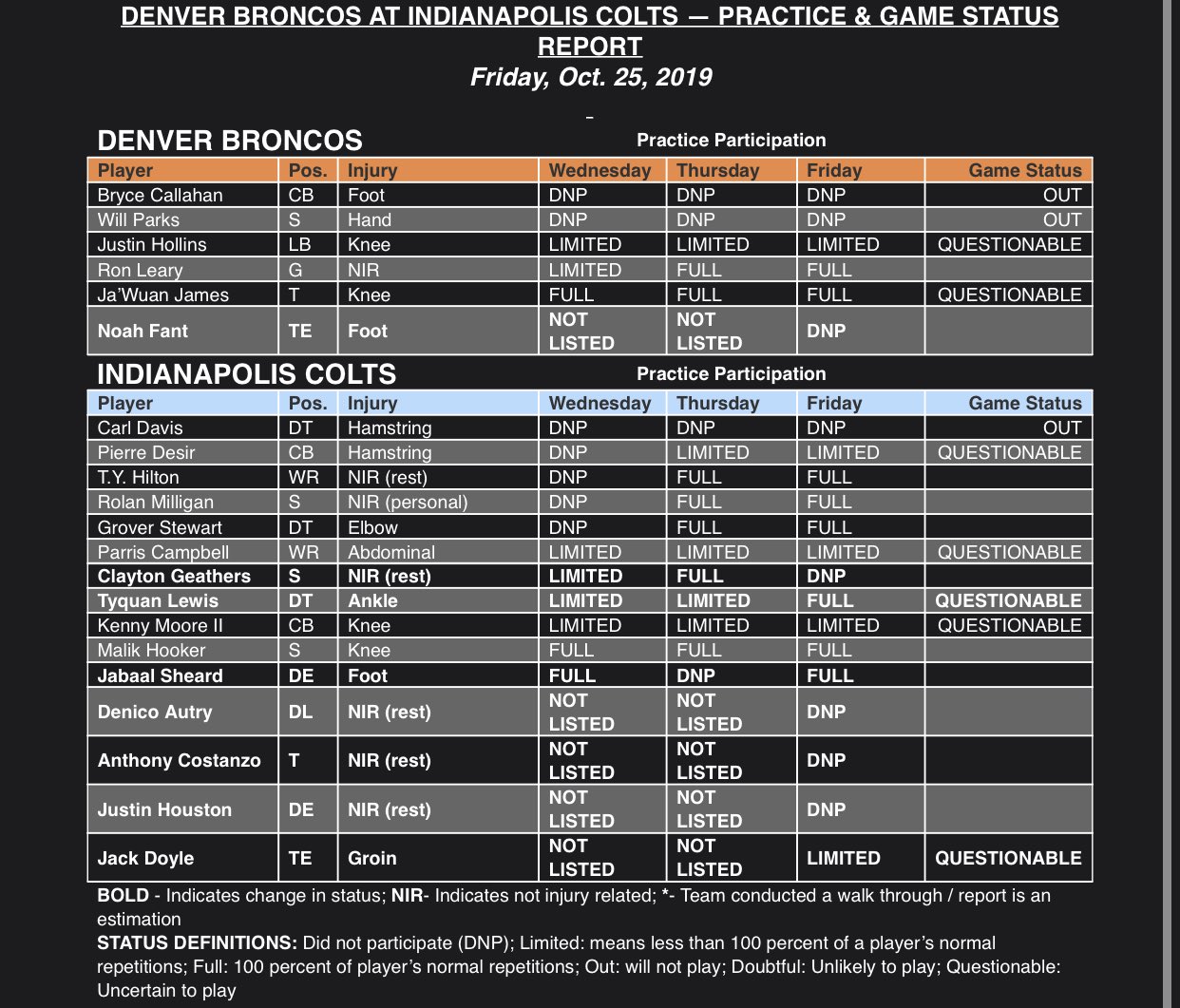 How can the Broncos stop Patrick Mahomes in Week 7?