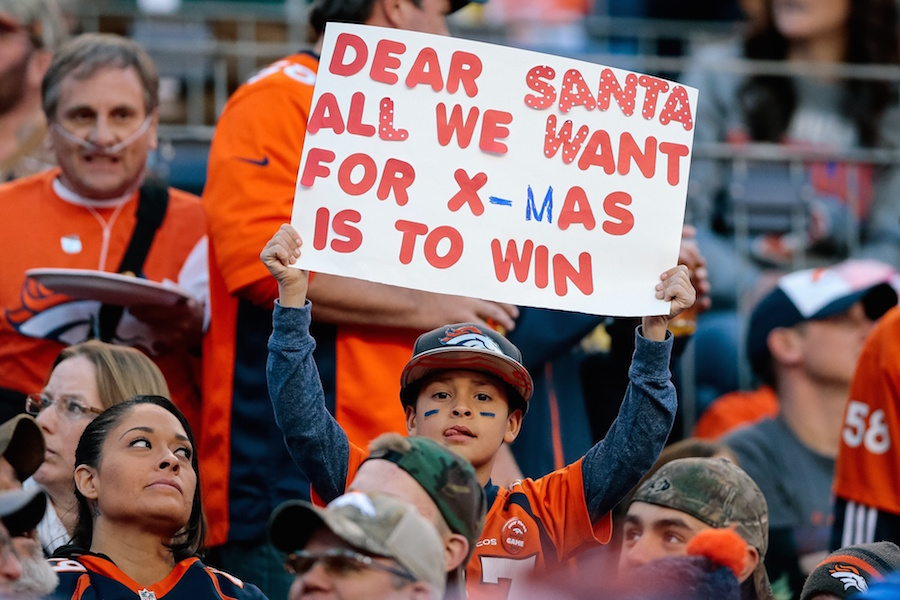 Broncos fans were out in full force Sunday when Denver visited Washington at FedEx Field.

In the Christmas and creative spirit, signage held by Broncos fans put a twist that held the same tune across the board: Broncos fans want Kirk Cousins.

Broncos fans not messing around pic.twitter.com/32KPq34ncs

A creative acronym on “CBS” (the TV network broadcasting the game,) certainly drew attention, however one Broncos fan wanted to speak for general manager John Elway on his opinion, regarding the Cousins saga.

But while Elway was spotted on the sideline watching the game in-person, a couple of fans made it to the game with ‘scouting’ on their mind.