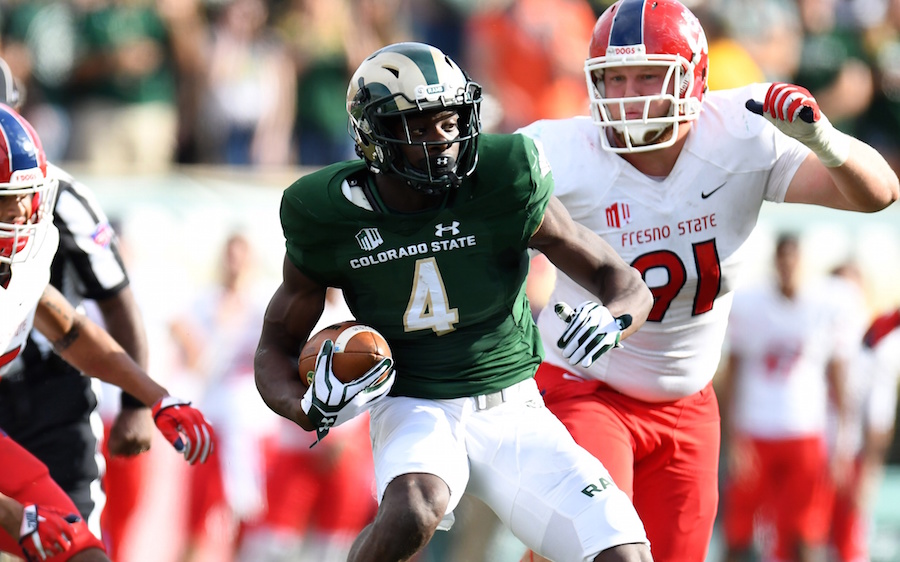 Colorado State star wideout and NFL prospect Michael Gallup will find somewhat familiar faces coaching him in the Senior Bowl. The consensus All-American will be coached by the Denver Broncos coaching staff as a member of the North team, as first reported by the Denver Post’s Nicki Jhabvala.

Colorado State receiver Michael Gallup will be on the North team at the Senior Bowl, coached by the Broncos.

Gallup, who finished with 100 catches and 1,413 yards for the Rams in 2017, is projected to be picked between the fourth and sixth round according to WalterFootball.com.

Over the weekend Gallup received his All-American plaque from the Walter Camp Football Foundation (no relation) in a ceremony ahead of Senior Bowl practices.

Picking up that hardware.

Those sure hands caught a school-record 100 passes this year. Tonight @mg4dontplay caught his @WalterCampFF All-America plaque.

What should the Broncos expect from their 2020 rookie class?