The Denver Broncos begin the 2021 campaign with the first of two consecutive east coast trips when they open up against the Giants late Sunday afternoon at MetLife Stadium. While both teams are coming off subpar seasons, each will have an opportunity to start fast out of the gate this season with what figures to be a tightly contested matchup.

Inside this Broncos vs. Giants pick breakdown is a look at the odds, a full game breakdown, and an ATS prediction on how to bet the Denver vs. New York Week 1 matchup.

Despite the poor previous season and a quarterback change from Drew Lock to Teddy Bridgewater, Denver currently sits as three-point favorites for this matchup at most betting houses. That line is up from a -1 open, as the Broncos have seen nearly 60 percent of side wagers for this game placed on them. The total opened at 42.5 and has oscillated in that general vicinity ever since.

Currently, this is the lowest posted total on the NFL Week 1 slate, telling bettors a lot about the style of play oddsmakers expect here.

Click here and use promo code LEHIGH1000 to get a $1,000 risk-free bet with Barstool Sportsbook.

Speaking of telling, we think it is incredibly revealing to see Denver amongst the group of seven Week 1 road favorites. Perhaps bookmakers are concerned that the betting masses are aware that 16 of the 17 teams with a turnover differential of -1.0 or worse that did not make the playoffs since 2010 actually improved their win totals the following season by an average of 4.6 wins?

That would turn this five-win Denver team from a year ago into a nine or ten-win team.

Here is a look at the Broncos vs. Giants odds:

With tongues firmly in cheeks, we certainly do not believe that is the driving impetus for this spread, yet, there is a lot to like about this Denver bunch in this spot. They have a proven winner under center in Bridgewater, for a jumping off point.

Before the season at Carolina last year, which ended up being a throwaway for the team, Bridgewater was 22-12 SU as an NFL starter. He knows how to manage a football game and has a bevy of offensive weapons with which to work in Denver.

Denver head coach Vic Fangio, may be on the hot seat this season, but he is 13-7 ATS in non-division games in his Broncos tenure, as well as 13-6 ATS after a loss.

With Denver having dropped its 2020 season finale 32-31 to Las Vegas, it’s also worth pointing out that Fangio is 9-1 ATS after a division game.

The Broncos, who play on grass at home, are oddly 6-1 ATS in their last seven games on FieldTurf. Their 4-1 ATS record in their last five in this head-to-head matchup, including an 18-point victory as similar favorites their last time as the visitors in the head-to-head, lends to their credibility as favorites in this spot. That is especially true when you realize that Denver has only lost one of its last six openers against the spread.

New York, on the other hand, enters here in a tricky spot. The Giants haven’t even played a snap yet and already are strapped with the mental hurdle of looking ahead to a division road game at Washington for a Week 2 Thursday Night Football game. Meanwhile, Denver draws Jacksonville, a team still deep in its rebuild and starting play with a rookie quarterback.

That quick turnaround right out of the gates, playing two games in five days, makes us wonder how New York will approach the use of running back Saquon Barkley, as well as a laundry list of other contributors still showing on the injured list.

Can Barkley handle a massive workload here and then replicate it again versus that staunch Washington defense in a more important game this Thursday?

Click here to get an instant Bet $1, Win $200 bonus on any NFL Week 1 game with DraftKings Sportsbook.

If Denver gets a considerable lead in this one, the Giants might err on the side of caution with their stars and refocus upon the impending NFC East showdown. It seems conceivable that Denver could just end up running away with this, as the Giants have lost four straight openers both SU & ATS, as well as nine of their last 10 openers overall. Each of those four most recent defeats, as well as eight of those nine mentioned Game 1 losses, came by five or more points.

New York has covered just five of its last 16 September games and six of its last 24 here at home. In fact, the Giants are just 4-14 ATS as a home dog across the last three seasons.

Making matters worse, in the first four games of the season, the G-Men have covered just one of their last 10 games against an opponent off a SU loss as a favorite.

Click here to get a $500 bet match and $40 bonus with BetFred Sportsbook. 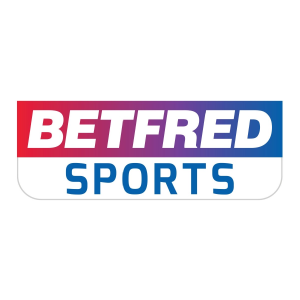 As long as we are piling on the ugly trends for New York, we should mention the team’s 1-6 ATS record in its last seven games as non-division underdogs after a SU dog win. After all, they knocked off Dallas 23-19 in Week 17 last season as home dogs, setting up this situation. Of final note, the Giants are on an ignominious run of nine straight ATS losses as non-conference dogs of less than six points.

While it may seem strange to see a home team getting points from an opponent that was just 5-11 the previous season, the Giants just do not look to have the health or chemistry needed at this early juncture. While Denver’s turnover woes can change via discipline and better luck, New York is unlikely to immediately rectify an offense that scored the second least points in the league last season (17.5 ppg) and has been shut out more times (6) than any team in the last 9+ seasons.

Giants quarterback Daniel Jones has been sacked more than any other QB in the NFL over the last two seasons (83) and, yet, the team did not draft a single offensive lineman in 2021. Think on that when Von Miller and Bradley Chubb come careening downhill at Jones on third and long on Sunday.

Our Pick: Denver -3 over New York