Let’s take a look at the updated Broncos vs. Patriots line for Week 6 in this AFC matchup.

The Broncos are currently 10-point underdogs with the total points are set to 45. The Broncos are +375 on the moneyline while the Patriots are heavy favorites at -455.

These odds are via DraftKings Sportsbook and right now they are the best possible odds that you can find anywhere on the Broncos. FanDuel, William Hill, BetMGM, and others have odds on this game as well, but +10 is the best spread for Broncos bettors.

This line has been like a rollercoaster over the past week or so after opening at Broncos +11. A COVID-19 outbreak among the Patriots and the quarterback situations for both teams are the biggest factors in the movement.

Let’s look at how this line has moved and the two biggest reasons why.

This game was supposed to take place in Week 5, but the outbreak of COVID-19 in the Patriots locker room changed that. When this game was set for Week 5, the Broncos were 11-point underdogs to start.

However, once this game was pushed back to Week 6, the line moved to Broncos +8. Due to the uncertainty of the situation, most sportsbooks ended up pulling this line off the board on Monday and Tuesday. It wasn’t until Wednesday afternoon that DraftKings Sportsbook listed this game again with the Broncos at +9.5.

Since this game went back on the board, the line has shifted by a half-point to where it sits now — Broncos +10.

The common denominator here is that the Broncos continue to be underdogs by at least one score, but it’s trending in the direction of a touchdown and a field goal. Let’s take a look at two reasons why this is line keeps jumping around.

The Patriots are a different team with Cam Newton under center and they are likely to have him back when they face the Broncos this week. Newton was one of the Patriots to test positive for COVID-19, but he was recently activated off of the COVID-19 list.

This is bad news for Broncos fans. Newton looked fantastic for the Patriots through the first three weeks of the season. He has two touchdowns against two interceptions so far, but he’s having the biggest impact on the ground. The former MVP is averaging just under 50 yards per game on the ground and he already has four rushing touchdowns.

When Newton had to go on the COVID/reserve list and miss Week 4 against the Kansas City Chiefs, the Pats were put in a tough position. Backup quarterback Brian Hoyer was lifted for Jarrett Stidham and the two passers combined for three interceptions and just one touchdown.

It doesn’t take a football genius to see that the Patriots are leaps and bounds better with Newton under center.

The Patriots won’t be the only team in this game getting back their starting quarterback. Drew Lock left early with a shoulder injury in Week 2 and we haven’t seen him since. Although the Broncos were miffed that they had to push their Week 5 game back to Week 6, the 17-day layoff gave Drew Lock enough time to heal up.

Lock is back to being a full participant in practice, which means that he’s likely going to be a go for Sunday.

Broncos' QB Drew Lock, who has been sidelined since Week 2 with a shoulder injury, was a full participant at Wednesday's practice.

Lock threw for 216 yards and one touchdown in a close Week 1 loss to the Tennessee Titans. He only threw the ball five times before leaving Week 2’s game against the Pittsburgh Steelers.

The Missouri product is the quarterback of the future in Denver and the Broncos will be glad to have their starter back under center.

Forget the Trends and Go All-In on the Over for Broncos vs. Chiefs 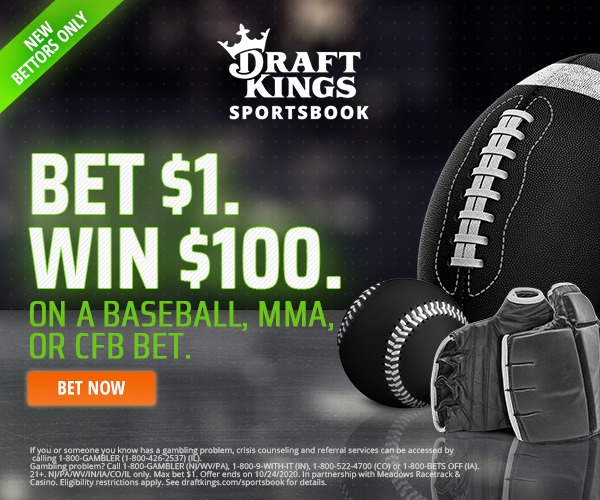