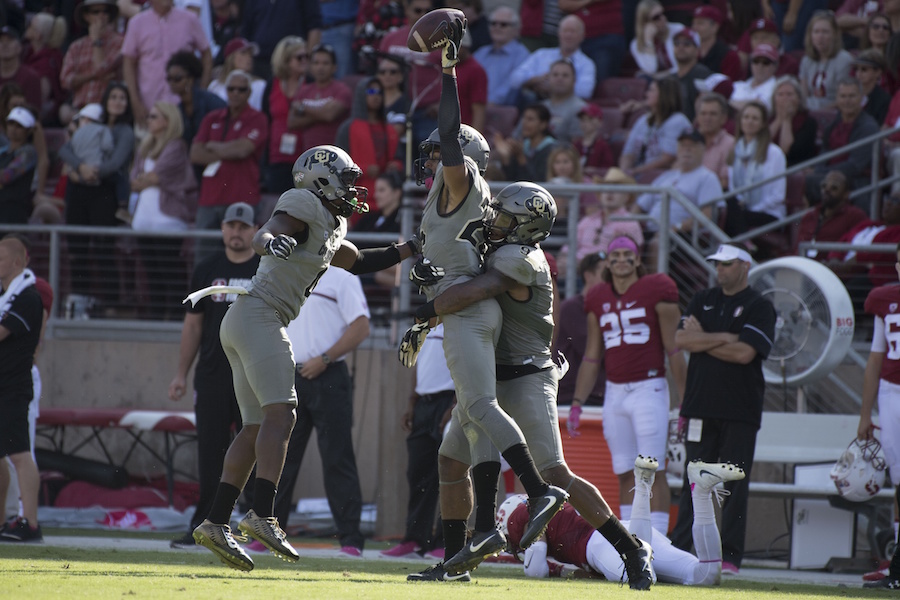 The Colorado Buffaloes continued their “rise” on Saturday, with a 10-5 victory over the Stanford Cardinal, and one of the largest reasons for the victory was Tedric Thompson, who picked off two passes and earned Pac-12 Defensive Player of the Week honors.

It was the first multi-interception game of his career, and he was an inch away from grabbing a third.

This is the Buffs’ fifth conference Player of the Week award of the year (three offense, one defense, one special teams), which is their largest total since 2004 when they were in the Big 12.

Thompson had five tackles and a crucial touchdown save to add to his two-interception performance. Those interceptions helped add to Colorado’s FBS-leading streak of 21 straight games with a turnover.

With four interceptions on the year, Thompson is tied with Utah’s Brian Allen for most interceptions in the Pac-12. His 10 pass breakups is just one behind teammate Ahkello Witherspoon, who leads the nation.