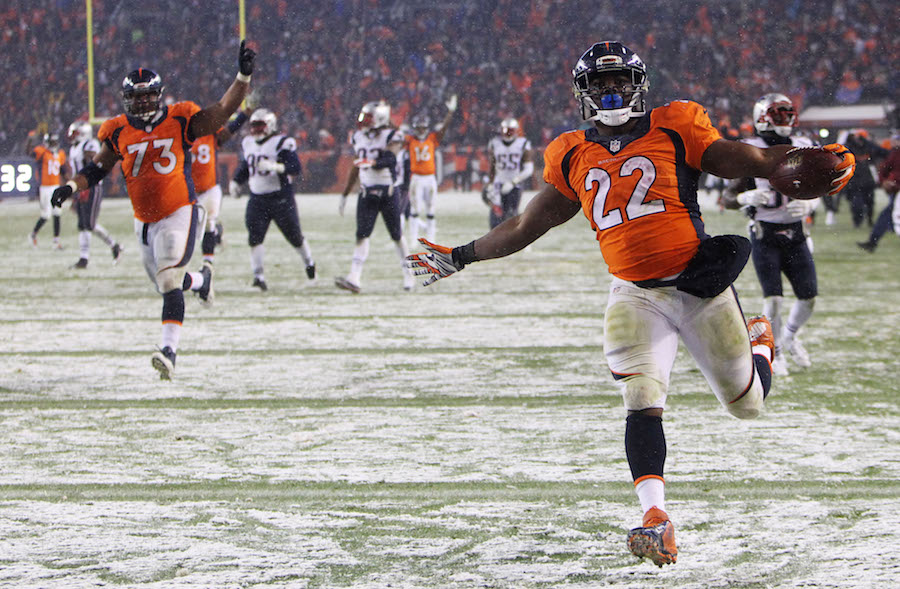 There’s something to being the underdog, and C.J. Anderson understands that very well. As an undrafted free agent out of Cal, Anderson was told by the 32 franchises in the NFL that he wasn’t good enough.

And that fueled him.

Every moment of his career has been an opportunity to prove himself and to prove his doubters wrong, and that’s exactly what he’s done.

But if there’s anybody who understands that feeling better than Anderson, it’s Tom Brady, who’s been using that same fire as fuel for for 15 years. And on Sunday, after Anderson and the Broncos dethroned Brady and the Patriots, the Hall of Fame quarterback gave the young running back some meaningful words.

I know a lot of people hate this man but man when he was pick 199 and was over look he inspired me I was undrafted and over came all the odds so bless what he told me at the end of this game. He said “CJ way to fight and prove everybody wrong you belong in this league and your one hell of a player I love the way you run keep climbing to be great” those words meant so much growing up watching Tom overcame I’m proud to say I’m 3-2 vs his teams and proud to say I get to battle him every year. Thanks Tom for telling me those words they will stick and I know a lot of people don’t like you but I have MAD RESPECT. Thanks I see you overcome as others in this league and now it’s my turn.

The year not done but pretty amazing that Kobe and Tom Brady told me something special this year words I'll never 4get ????

Now, C.J., if you can take those words of inspiration and use them as a catalyst towards Super Bowl victory, no one will doubt you again.

Broncos matchups: Sutton must hold his own vs. Hayward, Fuller must step up