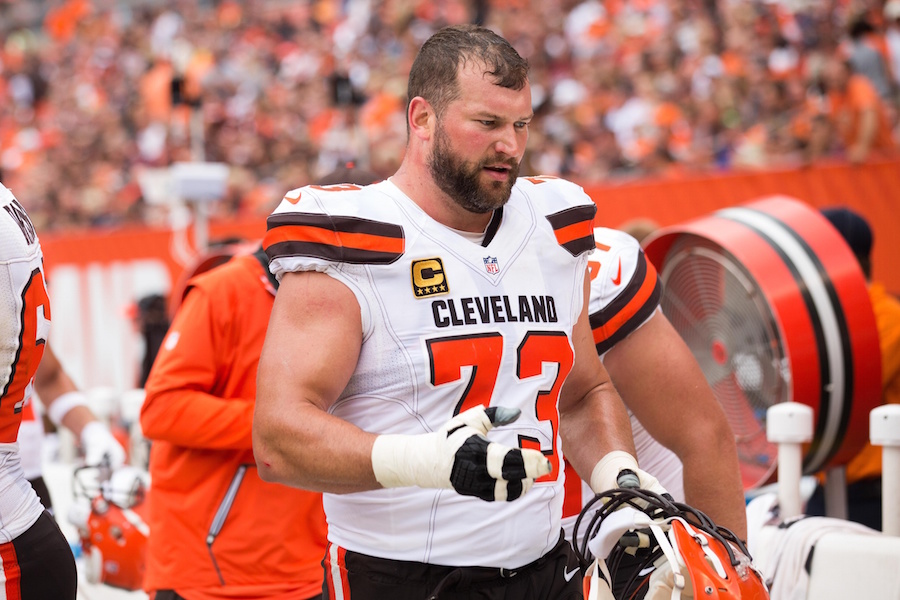 The Denver Broncos knew they had an offensive line problem coming into Monday night’s game against the Texans, but despite a solid performance on the ground, it’s becoming clearer by the day that Denver needs to do something up front.

On the Broncos’ second drive of the night, Russell Okung was flagged for a holding penalty that called back an 8-yard first-down run from Devontae Booker.

After a series of inexcusable holding calls last week against the San Diego Chargers, the error was intensified.

"I mean you can't hold anymore than that." – Gruden pic.twitter.com/ISWC7QVGV4

One drive later, Trevor Siemian hit Demaryius Thomas on a huge third-down conversion for 27 yards, only for the play to be called back again for, yep, another Okung holding penalty.

Demaryius Thomas follows up a drop with a very nice catch on third down. Annnnnnnddd it's called back for holding by Okung.

#Broncos Okung doesn't like to talk to the media.. Guessing he's REALLY not going to want to talk after tonight.

Okung doesn't deserve to be on the field right now. Absolute killer.

With frustration mounting, a cry for Joe Thomas began to rise up in Broncos Country.

Thomas, one of the greatest left tackles in league history, is reportedly on the trade block — though his head coach, Hue Jackson, adamantly denied so today — and some, including our own Casey Light, have made a strong argument that the Broncos should bring him in, no matter the costs.

The chorus grew louder with each missed block and holding call.

The Broncos should've gone and gotten Joe Thomas yesterday. Or last year. Or whenever. But just do it soon. Please.

#Broncos Okung doesn't seem like such a bargain with his contract right now, does he?

According to reports, the Browns are asking for a second-round pick in return for Thomas, which is less than they were asking this time last year, when the Broncos first engaged in discussions for the All-Pro tackle.

We’ll see if Monday night’s performance spurs John Elway to jump back on the phone.