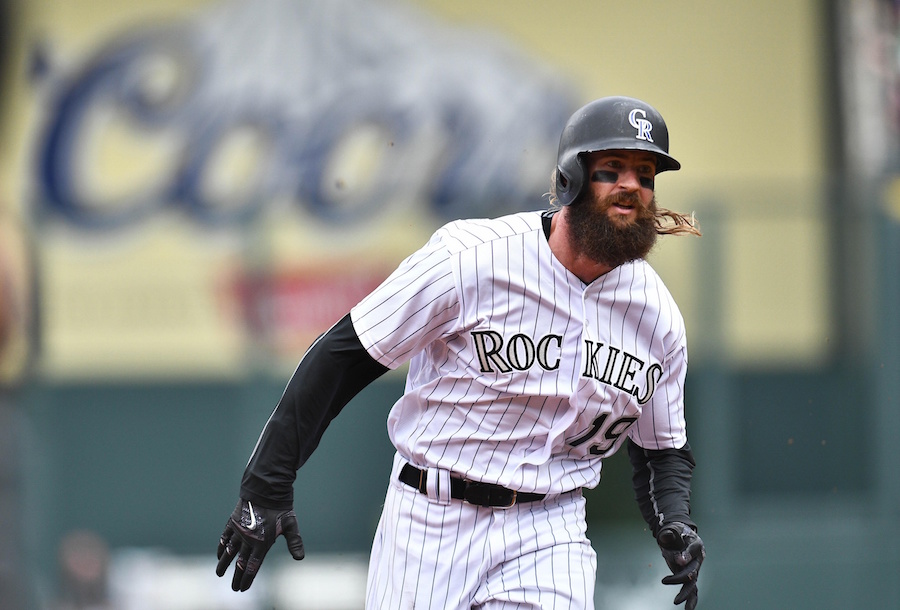 The Colorado Rockies defeated the St. Louis Cardinals in a 10-0 blowout Friday night. The game was a great one all around for the Rockies, who extended their National League best record to 32-18. It’s no coincidence that the Rockies are playing so well, given the tear that their leadoff hitter is on to start the season.

While the entire lineup was in sync for Colorado on Friday, Charlie Blackmon took things to another level. Blackmon entered the game hot as can be, owning the Major League lead in hits, RBIs and triples. He’s batting .337 with 12 home runs and 45 RBIs.

Blackmon was 4-for-4 Friday and was just a double shy of hitting for the cycle. He added three RBIs to his league-leading total.

Collectively the Rockies have been on fire at the plate in recent time. In the last seven days, Colorado has a combined team batting average of .290 with a whopping 92 hits and 55 runs, which lead the sport in that span. Colorado is 16-8 in the month of May, while Blackmon is hitting .388 with five home runs and 21 RBIs over that time.

The Rockies are hot as can be right now, which spurred the question: Is this the best baseball Colorado is playing since Charlie Blackmon, one of the longest-tenured Rockies, has been on the team?

“I think so,” Blackmon said of the club. “I think it’s all inclusive. You watch the game tonight, and the first inning stands out as well. Senzatela pitched really well, but how many double plays did we turn? Then we had a good play in left field and a great play at first base with the pitcher covering. So our defense has been really good. We have been able to run the bases pretty well. I think it’s just we are doing a little bit of everything, and it’s adding up.”

Blackmon has been with the Rockies off and on at the big league level since 2011, and full-time since 2014. In that span, Colorado has never finished better than third in the National League West. Three times the’ve finished dead last in the division. Now, they lead the National League.

Blackmon is off to a blazing start and has firmly established himself as the most dynamic leadoff man in all of baseball at present. Capable of hitting in just about any situation, Blackmon boasts a complete offensive repertoire and keen defensive skills that have continued to improve as his career has progressed.

“I think I am getting more experienced,” Blackmon said. “With more experience, I have the ability to make more adjustments. I just try to continue to learn.”

That education is translating to what is on pace to be a career year for the centerfielder. His .337 average would mark a career high – impressive considering he hit .324 last season. His 45 RBIs are already more than halfway past his career high of 82, also set last year and his seven triples are just two shy of his high mark.

Through 50 games, 2017 has been kind to the both Blackmon and the Rockies, which has resulted in the best start in franchise history and the best start of Blackmon’s career.