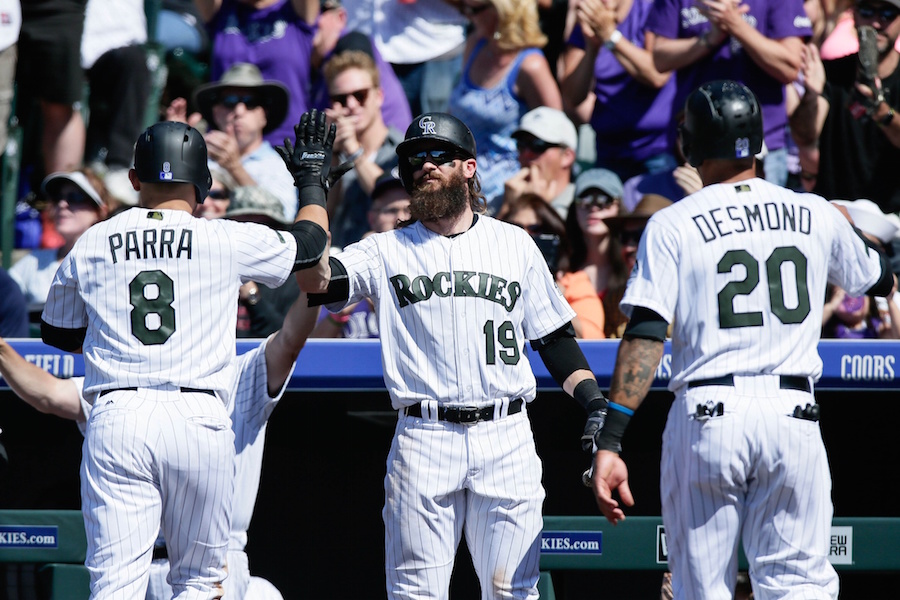 It’s hard to have a bad week around Memorial Day (unless you’re Tiger Woods). The holiday weekend usually means a shortened work schedule, cookouts, time with family, plenty of sports and signals the unofficial start to summer.

For Rockies centerfielder Charlie Blackmon, the week leading up to Memorial Day was super awesome.

The numbers are quite impressive, and just as impressive was the fact Blackmon helped lead the Rockies to a 5-2 record and a pair of series wins.

But for as impressive as he was last week, it wasn’t necessarily Blackmon’s best week ever.

Although this last award doesn’t quite measure up in terms of stats, we’re pretty sure Blackmon would trade this past week for that one.

Charlie’s never been one to worry about individual stats. That was on display during his monster week last week. Against St. Louis on Friday he came to bat in the eighth inning just a double shy of the cycle. Blackmon laced a ball to the left-center gap, but pulled up rounding first instead of trying to leg out the double. His teammates went crazy that he didn’t try and go for the cycle, but Blackmon said postgame that’s not how the game is played.

He played the game more than the right way all week last week, and baseball rewarded him for it.