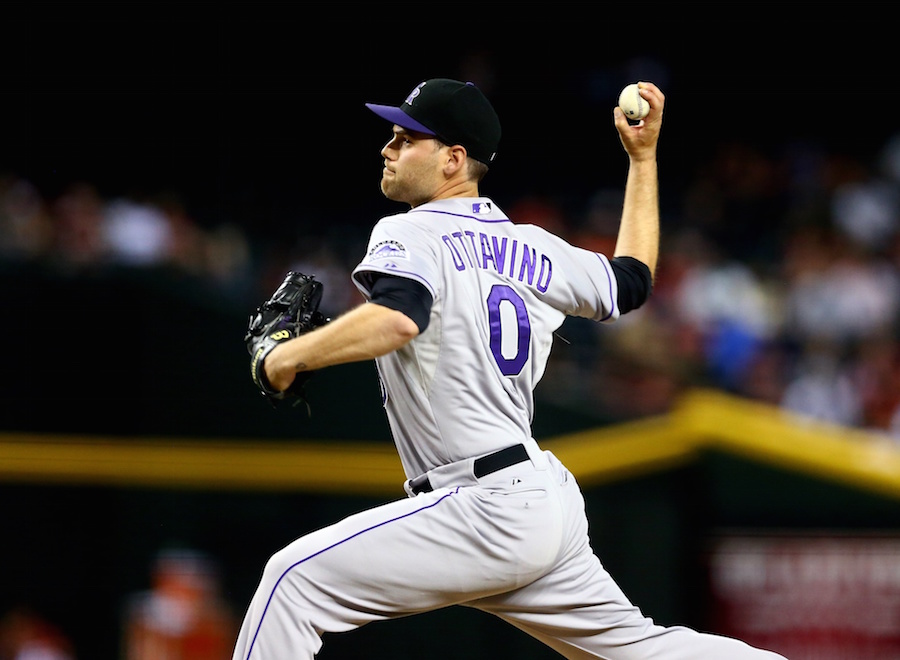 Chatwood, 26, was placed on the disabled list June 19 with a mid-back strain after being removed from his last start June 18 after 1.2 innings pitched. He made one rehab start for High-A Modesto June 30 and pitched five shutout innings with one hit, two walks and three strikeouts. Chatwood is 8-4 with a 2.89 ERA (84.0 IP, 27 ER) in 13 starts with the Rockies this season. He is 5-0 with a Major League-leading 1.25 ERA (43.1 IP, 6 ER) on the road; his eight wins lead the Rockies and are tied for 11th in the National League. Chatwood missed the entire 2015 season and a majority of the 2014 season after undergoing his second Tommy John surgery in 2014.

Ottavino, 30, will be making his first appearance on the active roster since undergoing Tommy John surgery of his own May 6, 2015. He made 10 rehab appearances this season between High-A Modesto and Triple-A Albuquerque, going 0-1 with a 5.40 ERA (8.1 IP, 5 ER). Ottavino did not allow a baserunner in his last three appearances, to go with four strikeouts. He went 1-0 with three saves in three opportunities in 10 appearances with the Rockies in 2015, pitching 10.1 scoreless innings with three hits, two walks and 13 strikeouts.

Additionally, left-handed pitcher Yohan Flande has rejected his assignment to Triple-A Albuquerque and has elected his free agency.  Flande was designated for assignment July 2.

The Rockies currently have a full 40-man roster.