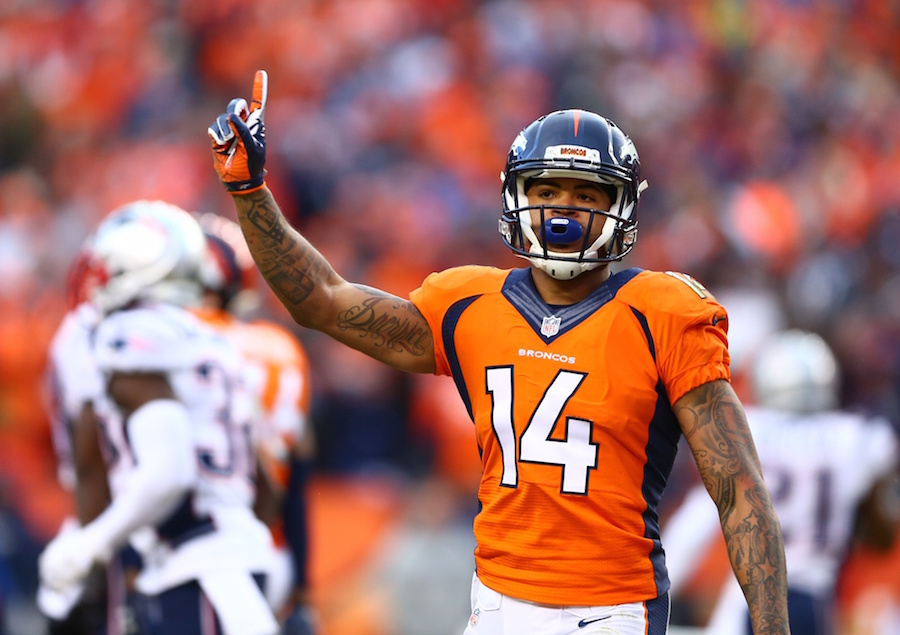 Cody Latimer specializes in uphill climbs. He is most at home when the odds are stacked against him and he has something to prove. This season, as Denver prepares to defend their Super Bowl title, Latimer faces his ideal situation.

Demaryius Thomas and Emmanuel Sanders are the obvious No.1 and 2 receivers – but the battle for No. 3 has raged all summer long. Though Latimer has impressed coaches, Bennie Fowler has emerged as the most likely candidate.

However, since Fowler suffered a minor stress fracture in the preseason opener, a door has opened for the third-year wideout. Latimer has to take full advantage to prove that he deserves a spot on the roster – perhaps even Fowler’s spot.

In his first two years in the league, the 6-foot-3, 216-pound receiver barely caused a ripple in the offense. As a second-round draft pick, that disappointed both coaches and fans alike.

“We obviously thought pretty highly of him to select him where we did,” former head coach John Fox said of Latimer back in 2014. “He had a little bit of a foot issue when he first came out. We knew about it. It wasn’t a surprise.”

Now in this third season in the NFL, and his second in head coach Gary Kubiak’s offense, Latimer has vastly improved his knowledge of the game, his comfort level has increased, and his production has shot through the roof.

In the preseason opener, Latimer led all receivers with eight targets, seven receptions and 82 yards. His targets, yards and catches were down against San Francisco (five, two and 29), but Kubiak has continually talked about the great camp he has had and Latimer appears to be potential starting quarterback Trevor Siemian’s favorite target.

Latimer credits his insatiable positivity and competitive drive to his years of playing basketball. Coming out of Jefferson Township High School (Dayton, Ohio), Latimer had his choice of playing basketball or football in college. He ultimately chose football, believing he had a better shot of making it to the NFL than making the position change from big man to point guard in the NBA.

Once he made the decision to play football however, it was time to play catch up.

“I started out behind, playing basketball – football wasn’t my thing,” Latimer said. “So I knew I had to to keep driving. I have so much potential; I’m still trying to reach it.”

In fact, on his draft analysis, a weakness was “football was not his first love.” He was a projected third- or fourth-round pick, with a ceiling as the No. 3 receiver, but John Elway saw something worth taking. Latimer’s size, speed and soft hands set him above the rest. If he improves his yards after the catch and some route-running issues, he could be a force to be reckoned with.

With Siemian the predicted starter, expect Latimer to have more targets. Latimer knows a lot is riding on this preseason, but he insists his mindset and approach have stayed the consistent.

“I’m gonna take the same mental approach – you know I’m just trying to make the team, and do what I can when I get the ball,” he said. “Just trying to improve every week, go in, get better blocks, make some plays and leave it all out on the field.”