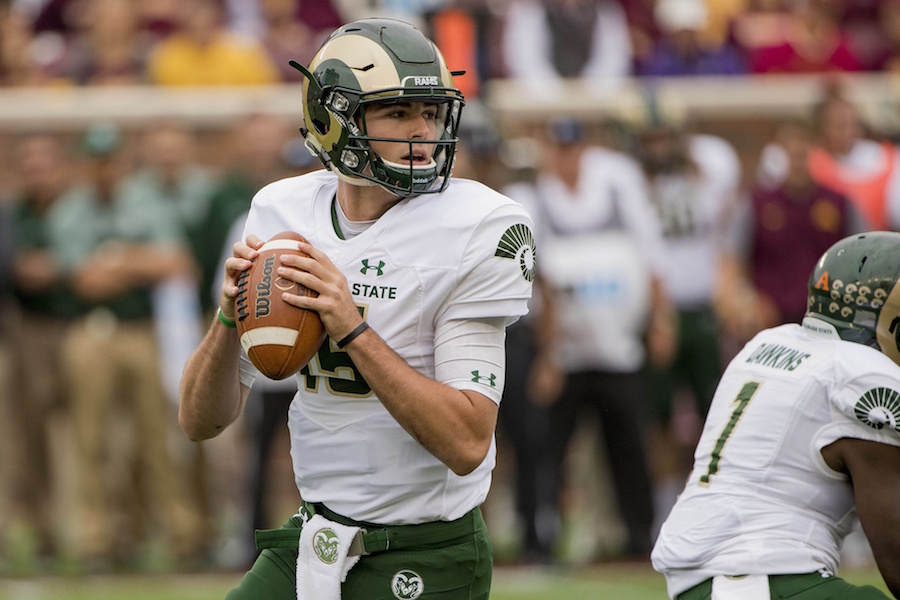 You win some, you lose some.

For Colorado State Rams football, a win was the result in their Homecoming game last Saturday, defeating tough Utah State at Sonny Lubick Field at Hughes Stadium. But, the win came at a cost, as they lost starting quarterback Collin Hill.

CSU found themselves down 24-10 at halftime Saturday night, but a strike from Hill to wide receiver Michael Gallup was caught and taken to the house, 60 yards. It was an emotional play that sent everyone on the team sky high, Gallup said after the win.

Later in the game, down a touchdown and faced with a third-and-20 situation, Hill dropped back but decided to take off on a run, juking one player before being taken down a mere one yard short of the line to gain. While the play didn’t look too gruesome, Hill laid on the ground writhing in pain for a minute before two Rams trainers helped him limp off the field. Redshirt junior Nick Stevens came in and was able to finish that drive with a touchdown, along with another, game-winning touchdown drive — each run in by Izzy Matthews — to win the game 31-24.

After the game, head coach Mike Bobo was encouraged the injury wasn’t too severe, as Hill was moving around “pretty good.”

On Monday, though, Bobo confirmed the worst fear had come true: Hill tore his ACL and is done for the year.

So, Stevens – who began the 2016 as the team’s starter before being demoted to backup after the Rocky Mountain Showdown – will start this week’s game at Boise State. Boise, a team Colorado State has never defeated, moved up to No. 15 in the polls this week following their 49-21 blowout win over the New Mexico Lobos.

“He has a calming influence,” Bobo said of when Stevens entered the game Saturday night, helping to settle the nerves of his offensive line.

We’ll have to see how far Stevens can take the CSU Rams now, a team who’s been up and down but now sits at 3-3, with a shot at making a bowl game.