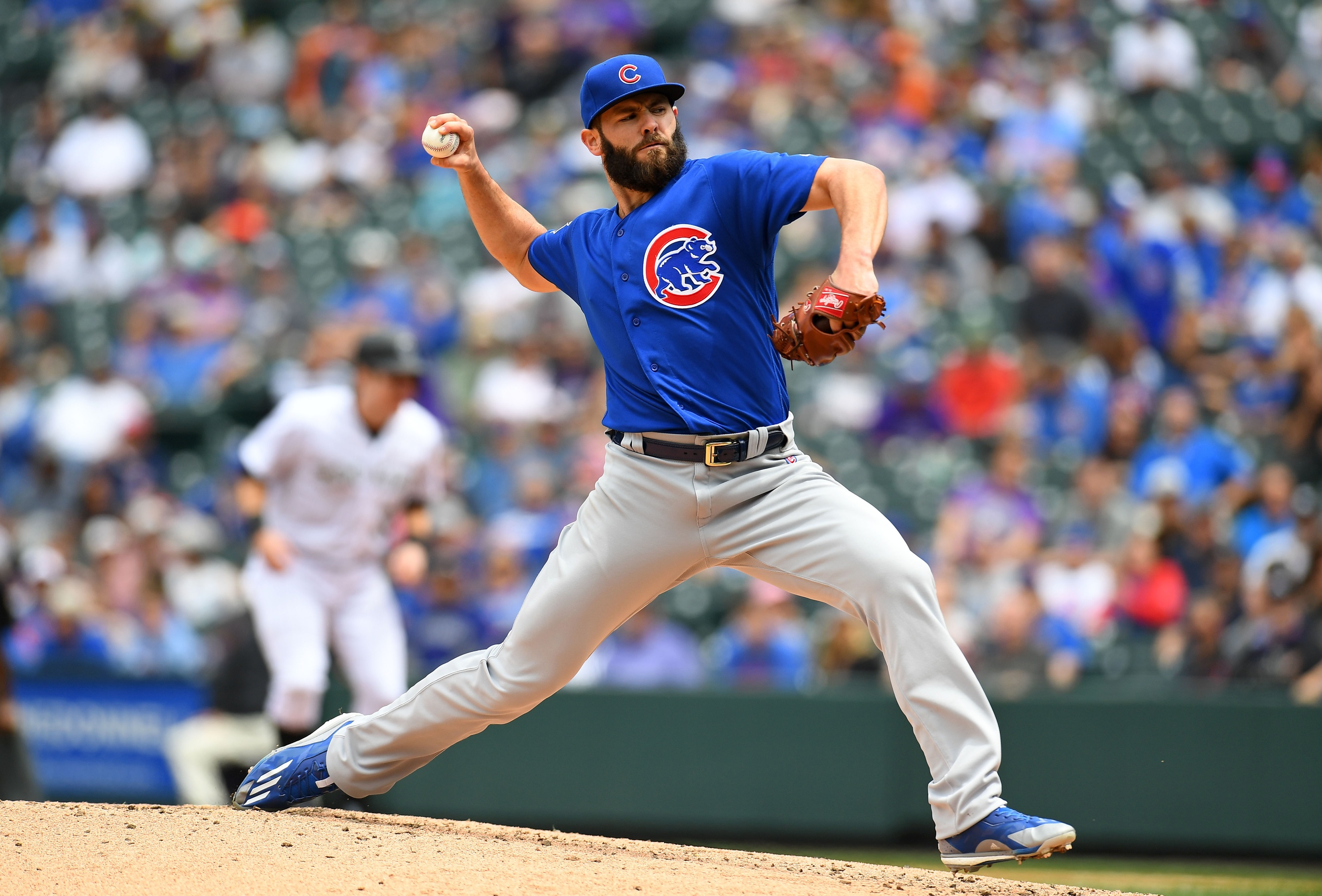 During the first game of two on Tuesday for Colorado and Chicago in Denver, the Rockies beat down on Cubs superstar pitcher Jake Arrieta as they dropped nine runs by the midway point and claimed a victory, 10-4.

Through just three and two-thirds innings, the Rockies pounded Arrieta at the plate and showed no mercy as they stole nine hits, nine runs–only five of which were earned–while only allowing just three strikeouts in 85 total pitches.

“I didn’t think [the outing] was good, really at all,” Arrieta said. “Just too many hittable pitches in the middle of the plate, and when you pitch here, there’s a lot of room infield and outfield. Some balls found some space.”

At the end of the second, the two teams remained scoreless, but things escalated quickly–Ron Burgundy style–when an inning later the score read 6-1 in Colorado’s favor. To Arrieta’s credit, three of those runs were mostly caused by a single, detrimental Javier Baez fielding flub that allowed Mark Reynolds, Ian Desmond and Trevor Story to all score. Charlie Blackmon, D.J. LeMahieu and Nolan Arenado also contributed a run in the third inning alone.

“They’re a really good hitting ball club, and they hit some balls really well,” Cubs manager Joe Maddon said. “Others, they dropped it in front. You have to play such a big outfield here, it’s so large. They just have good at-bats, they’re really good offensively. Overall, there was not a lot of swing and miss. That was probably the biggest difference.”

Throughout the rest of the game, the Rockies continued to pound away at the Cubs (16-16), eventually handing Arrieta his second loss of the season and improving their own record to 21-12.

“They’ve got one of the better offenses in all of baseball, and I think everybody knows that,” Arrieta said of his competitors. “Especially at Coors Field, they hit for a significantly higher average here, and that’s just a testament to their ability to play to their home park and have a good approach.

“Again, I wanted to come in and establish strikes with all my pitches. I did it well, almost too well–too many hittable pitches, really, and not necessarily ones that they hit for a lot of power, just ones where they were able to find some holes in the outfield grass. As you guys know, it’s a big yard, and unless it’s hit at somebody, it’s going to pose a threat. That’s what they were able to do.”