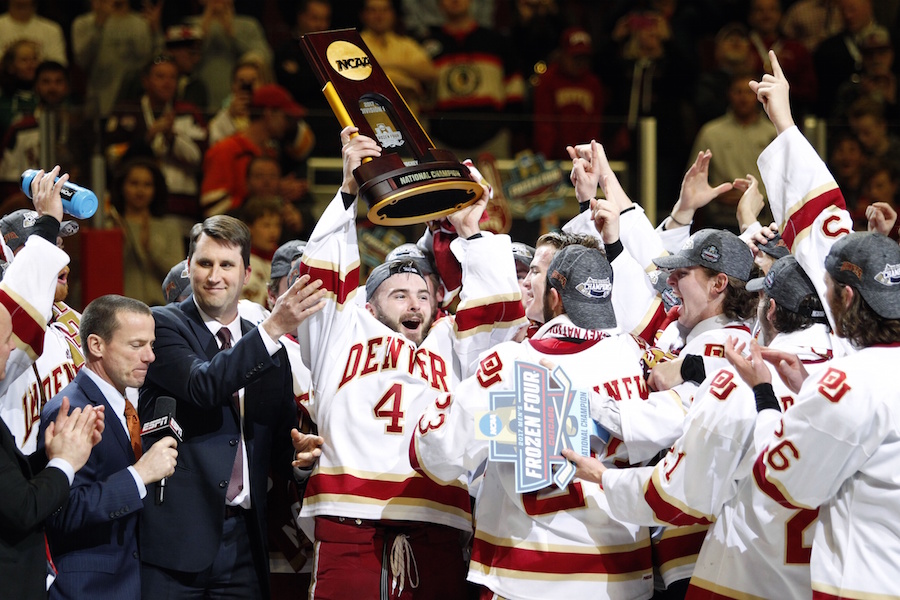 Last month, the University of Denver men’s hockey team defeated Minnesota-Duluth to claim their eighth national championship. On top of the college hockey world, the Pioneers will travel the sixish miles from Magness Arena to Coors Field to be honored by the Colorado Rockies for their accomplishment.

On Thursday, the Rockies will celebrate the Pioneers’ championship with a pregame ceremony. As part of the festivities, Pioneers coach Jim Montgomery, who captured the Spencer Penrose Award as college hockey’s top coach, will throw out the ceremonial first pitch.

The actual first pitch of the contest, which will pit the Rockies against the Los Angeles Dodgers, is scheduled for 6:40 p.m. MT.