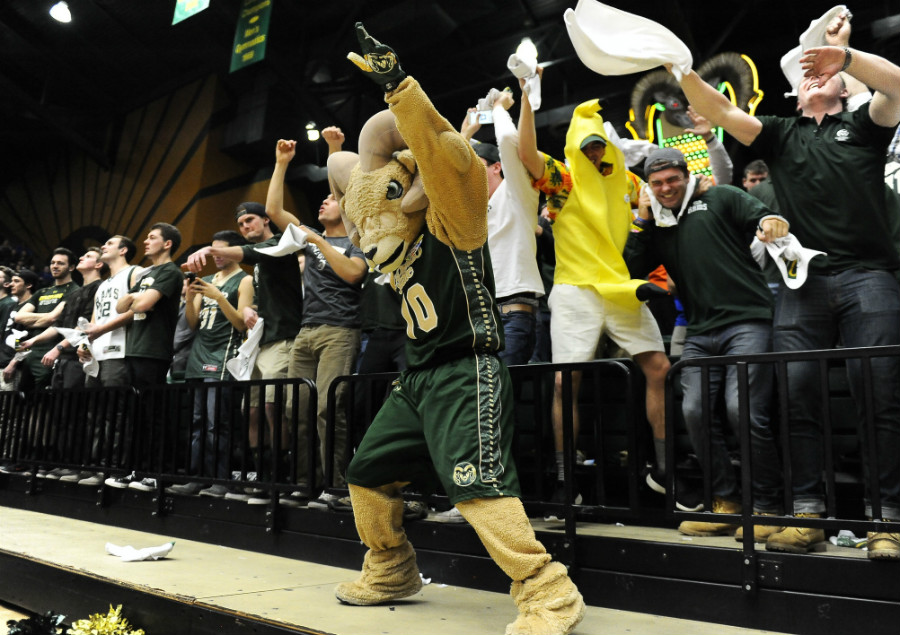 Colorado State couldn’t get their offense going against the Fort Lewis Skyhawks Wednesday night until halftime, where the Rams led for a brief moment before going into the break down 31-30 to the scrappy away team. But, thanks to extraordinary efforts by Che Bob and Emmanuel Omogbo, the Rams found a way to win 84-75.

CSU head coach Larry Eustachy wants his team to give more effort than the opponents every night, especially on the glass, but the Skyhawks led in the rebounding department 27-25 in the first half, too. The Rams’ offense lacked any sort of rhythm or cohesion while three separate times two CSU players fought over rebounds: This was not a “Team Together” in the first half. Nor, in the second.

After halftime, J.D. Paige looked to take the game over, scoring seven points with two assists early as the Rams took their biggest lead to that point at 47-43.

Then, the rest of his teammates — led by Bob — started joining in, as CSU finally enjoyed a higher level of effort than their opponents, stretching that lead to eight at 56-48. After Bob’s turn, it became the Omogbo show, with nine points and four rebounds — and even one block — during the second half to help push the Rams to the close win.

Close, indeed, as the Skyhawks wouldn’t quit. They pushed it to within four points with two minutes to go, but Omogbo put home another basket to push CSU’s lead back to six with a minute to play.

There was a lack of team defense by the Rams, and a definite lack of execution on the offensive end. This narrow win should serve as a wakeup call.

Che Bob led all Rams scorers with 20 points on 7-11 shooting.