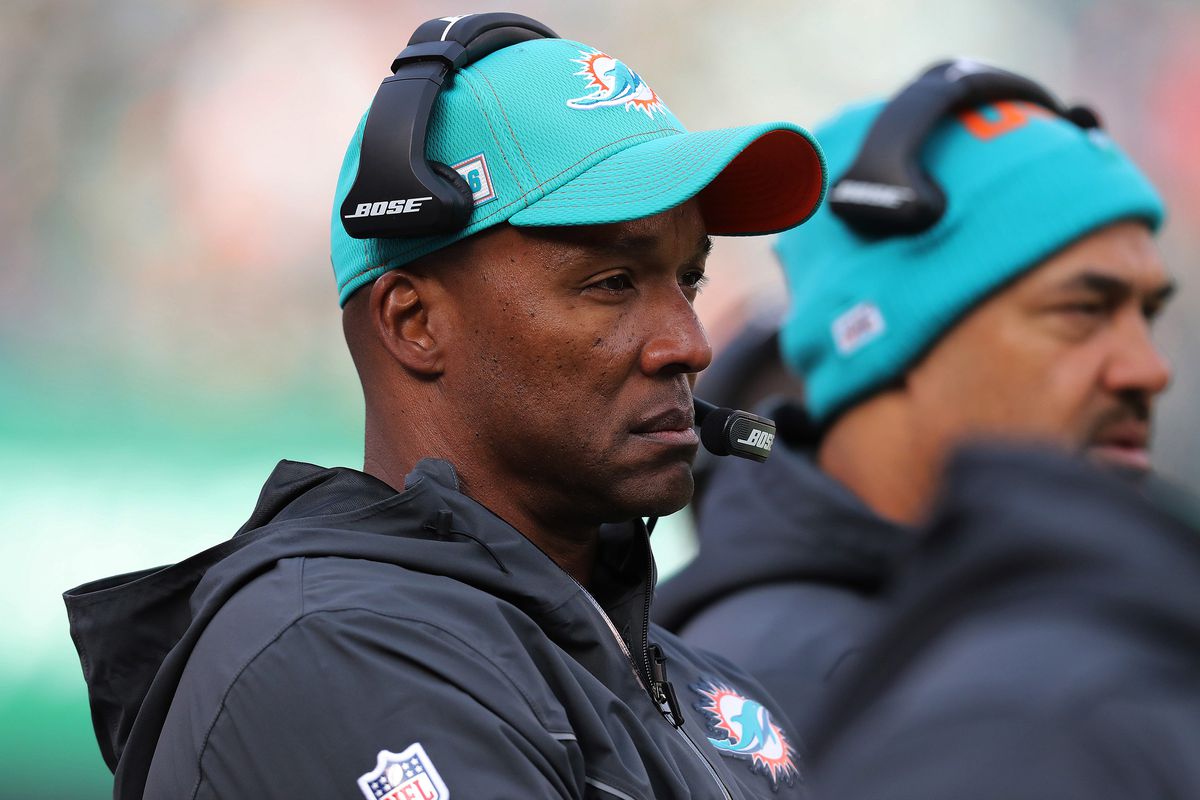 After several candidates were interviewed and not brought in to fill the Colorado head coach position this past week, Ian Rapoport reported that Colorado would hire Karl Dorrell.

#Dolphins WRs coach and assistant head coach Karl Dorrell is getting the job of University of Colorado head coach, sources say. Miami loses an assistant but Dorrell gets to be a head coach again. @PeteThamel reported he was a favorite.

Earlier in the day, there were some rumblings hinting at this news.

Have heard #CU brass feels like it has its new head coach from multiple sources, and hopes to have someone announced within the next 36 hours or so.

Bruce Feldman of The Athletic initially reported that Mel Tucker would be leaving Colorado for Michigan State.

Sources: Karl Dorrell has emerged as the favorite in the Colorado search. Numerous coaches involved in the job have been told they aren’t getting it. No deal done yet. But the Dolphins assistant and former UCLA head coach is trending as the top name.

Karl Dorrell was named the Pac-10 Coach of the Year in 2005 when he led UCLA to a 10-2 record and a victory over Northwestern in the Sun Bowl. It was his only bowl win in four appearances with the Bruins. In five seasons, Dorrell had a 35-27 record.

Dorrell was named assistant head coach of the Miami Dolphins just this week. He was in his second stint with the Dolphins as their wide receivers coach. He had served in the same role with the organization from 2008-2010 and was the quarterbacks coach in 2011.

Dorrell spent time early in his coaching career in Boulder, serving as the Buffaloes offensive coordinator from 1995-1998 under Rick Neuheisel and before that as the receivers coach from 1992-1993 under Bill McCartney.

The terms of the contract have not been finalized or released but the deal seems as good as done.

It has been a turbulent two weeks for Colorado. The poise of Rick George and the passion of Darrin Chiaverini never wavered though.

#1 College Town in America!! Not a better place to go to school and compete in the Conference of Champions!! #CUlture ⛰💯🔥🔥 https://t.co/pa0boiyYqC

The football team, athletic department, and CU supporters can now sit back and enjoy the great basketball being played by Tad Boyle’s tournament-bound Buffaloes.