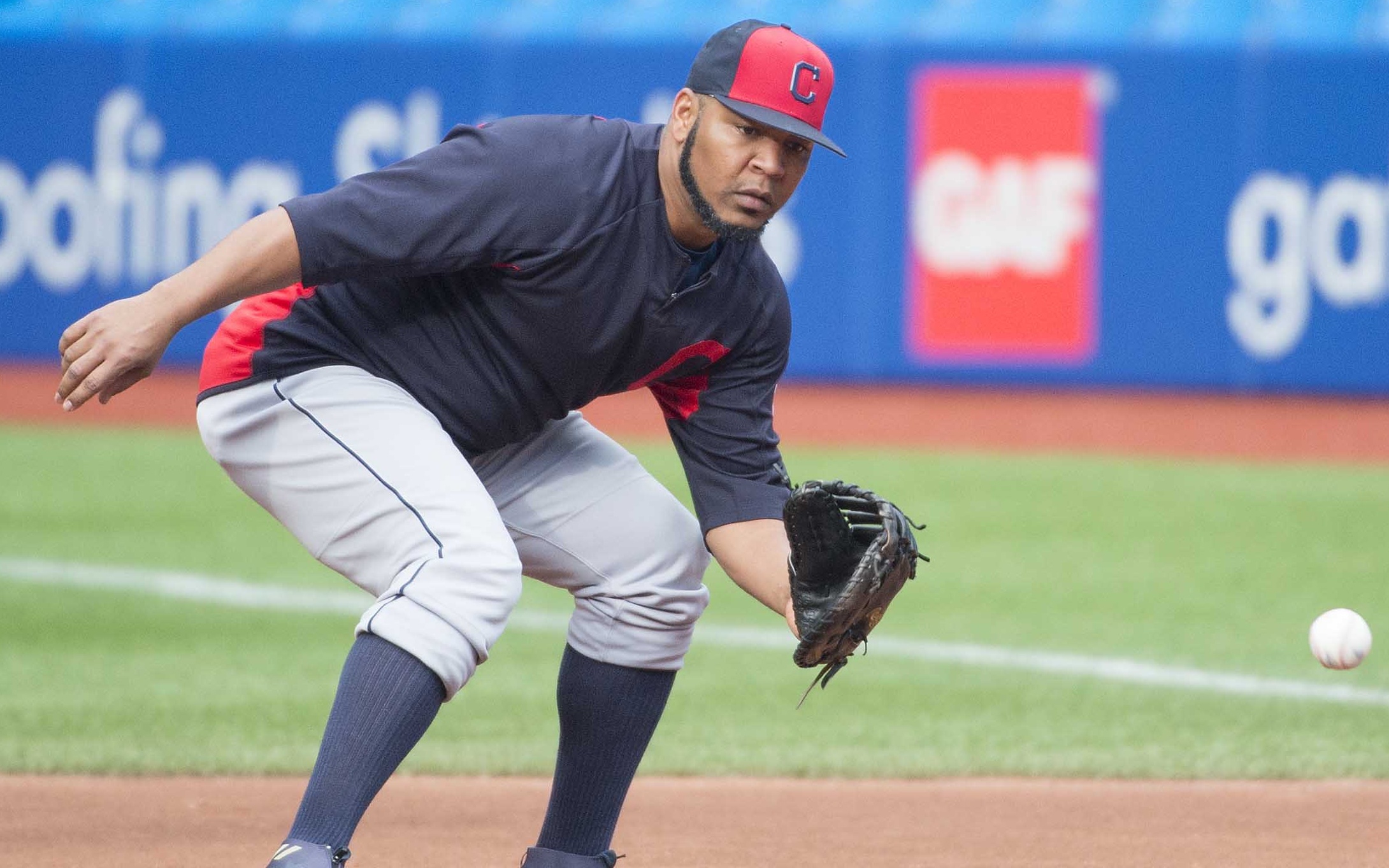 With Desmond, the Rockies were forced to sacrifice defense at the corner opposite Nolan Arenado, while also leaving a glaring hole in their lineup. This year’s crop of trade targets and free agents to replace him will all force the Rockies to compromise in one area, but not both.

First up, the most explosive of the bats available, Edwin Encarnacion.

What the former Cleveland Indians and Toronto Bluejays’ first baseman and designated hitter brings to the plate dwarfs what the team has received in recent memory. Going back to 2011, Encarnacion has yet to finish below 30 home runs. Going back one year further, 2010 was the last time the slugger finished below Desmond’s .307 on-base mark.

The type of consistency and pedigree Encarnacion offers the Rockies is widely unparalleled by their other options. A true clean-up hitter in every sense of the word. But, the National League doesn’t yield a designated hitter spot, which creates a problem.

In the past four seasons, Encarnacion has registered more games at the DH spot than at first base by a total of 238 contests. In the limited appearances at first, he has yet to register a single season with more than zero in the runs saved column.

With Encarnacion, the team would be provided a much-needed bat, with a consequence of continuing a spree of subpar defense and the threat of injury from playing in the field only rising.

Though he was recently dealt to the Seattle Mariners, all signs point to his availability being unchanged:

"He [Edwin Encarnacion] will probably be a Mariner about as long as Carlos Santana was a Mariner."@Ken_Rosenthal dives into the details and moving pieces of yesterday's three-team swap between the M's, #Rays and #Indians. pic.twitter.com/ZcMHZbczOy

Next up on the trade wish list is Jose Abreu.

Abreu brings much of the same consistency at the plate as Encarnacion. Outside of a down year last season, Abreu has eclipsed a .347 on-base mark in each, breaching the 30 home run plateau in three of the four seasons prior to last year.

In the field, Abreu has also struggled, failing to yield above average defense in any single season.

Though the two are connected in their area of sacrifice, Abreu offers a rental opportunity, with a slightly lowered salary than Encarnacion’s’ $20 million base salary next year. Despite a lower financial commitment, Abreu lacks the same upside as Encarnacion, while also likely costing more on the market compared to Encarnacion’s small haul for the Indians.

Going into the open market, the Rockies figure to have a pair of options in Daniel Murphy and Marwin Gonzales. Though they should both be the top targets for the club, they offer very different prospects for the future.

As a 33-year-old infielder, coming off of his worst season in recent memory due to injury, Murphy offers a short-term solution with risk.

At the plate, Murphy carries a career slash line of .299/.344.458, all figures that trump Desmond, with the versatility to fill two open spots for the Rockies on the right side of the infield. Once again, the club would be forced to deal with subpar fielding though.

The last piece of the resume for Murphy is his 25 games in the postseason, most recently with the Chicago Cubs. The Rockies could benefit from a player with a double-digit total in postseason appearances, especially as a team that has entered the postseason in back-to-back seasons.

The last, and likely most desirable free agent option is Gonzalez.

With holes at first base, second base and in the outfield, Gonzalez offers the positional flexibility to fill any of the Rockies’ three needs on any given day. In his career, the former Houston Astros’ switch-hitter also serves as an upgrade over Desmond’s production last year.

In the field, Gonzalez also serves as the top fielder of the options discussed, at multiple positions. A total of 30 postseason games with the Astros also aids his upside.

The compromise lies in his contract situation.

As a 29-year-old late bloomer, Gonzalez is entering his prime offseason to get paid. No, he is not going to be paid like Bryce Harper or Manny Machado, but, Gonzalez will likely rival any contract given to a hitter outside of the pair.

With Nolan Arenado set to become a free agent after the year, with little progress on extension talks, signing Gonzalez could take away money that could be allocated to the pillar of the franchise.

On the other hand, the aggression to win now may prove fruitful in talks with Arenado.

Any avenue the Rockies choose to take will have a speed bump, but this is a situation that the franchise much accept.