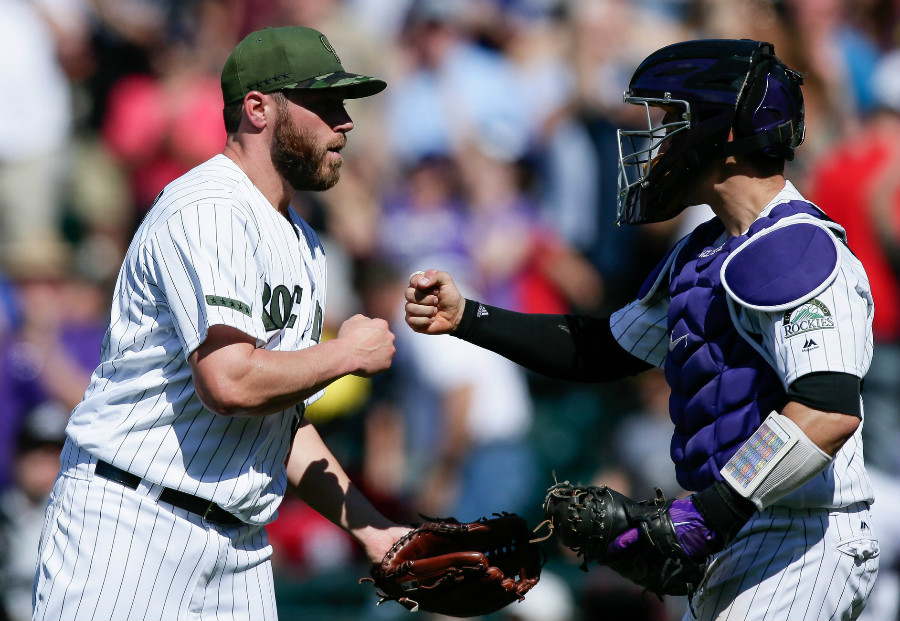 The Colorado Rockies have stunned the sport of baseball with a National League best 33-19 record. Nearly two months through the season, the Rockies have dominated the sport in all aspects, and have managed to establish a level of consistency both on and off the field that has led to the franchise’s historic start to the 2017 campaign.

The winning mentality starts the second Rockies players, coaches and staff enter the clubhouse. From that point on, it’s all business for Colorado.

“We expect to win every day. That’s our mindset,” catcher Tony Wolters said following the team’s series victory over the St. Louis Cardinals. “We walk around, everyone is like, ‘Hey, we are winning today, let’s go.’ It’s our mindset, and we are not just saying it, we are doing it. Just keep going, stay consistent, be good every day, not great. Be good consistently and win series.”

The Rockies are now 12-2-2 in series this season and have not lost one since the Washington Nationals paid a visit to Coors Field back in the middle of April.

The fact of the matter is this: The 2017 Colorado Rockies are a completely new and revolutionized ball club compared to years past. The mentality, vibe and dedication are all different and have carried the Rockies to their best start in franchise history.

The biggest factor has been the club’s willingness to win at all costs. Whether it be Mark Reynolds sacrificing his body in an attempt to dodge a tag at the plate, or skipper Bud Black opting to roll his closer out in the ninth in a non-save situation (both of which happened against St. Louis), the Rockies are locked in with one goal in mind: Winning.

“Just do what you go to do to win the game,” newcomer Ian Desmond said. “That’s the kind of mentality I feel like we have taken on. It seems like that’s where we are at, like, ‘Hey, whatever it takes for us to win this game,’ that’s what we are going to do, and we are going to do it and trust that this is the right move.”

As it stands, the Rockies rank in the top three in just about every major offensive statistical category, including runs, hits, and RBIs. In addition, Colorado has committed the least amount of errors in the National League and rank fifth in the NL in ERA (4.04), a significant step up from their cumulative team ERA of 4.91 last season, which ranked bottom third in the sport.

“Well, we are playing consistent, and I think that’s the thing that sort of stood out for me is the consistency of our play,” Black said after Sunday’s win. “We’ve been pretty steady on the mound. Our defense has been if we are not leading the league in least amount of errors we are close. I think we are playing sound. We have a number of guys who are hitting the ball, most notably Charlie [Blackmon] and there’s some contributions down the line from a number of our guys which is great to see, even the bottom of our lineup is producing. Again, I think the consistency of our play has been the key so far.”

The Rockies are a good baseball team; there really is no other way to put it. The problems of the past have not been an issue of the teams this year for a medley of reasons, but the most important being the consistency in the ball club through in and throughout the season so far.

Colorado is on pace to win 103 ballgames this season. While the odds of that happening are unlikely, the chances of snapping the franchise’s eight-year postseason drought are looking good thanks in large part to the clubs newfound consistency – not just consistency on the field, but the consistent expectation they’re going to win.