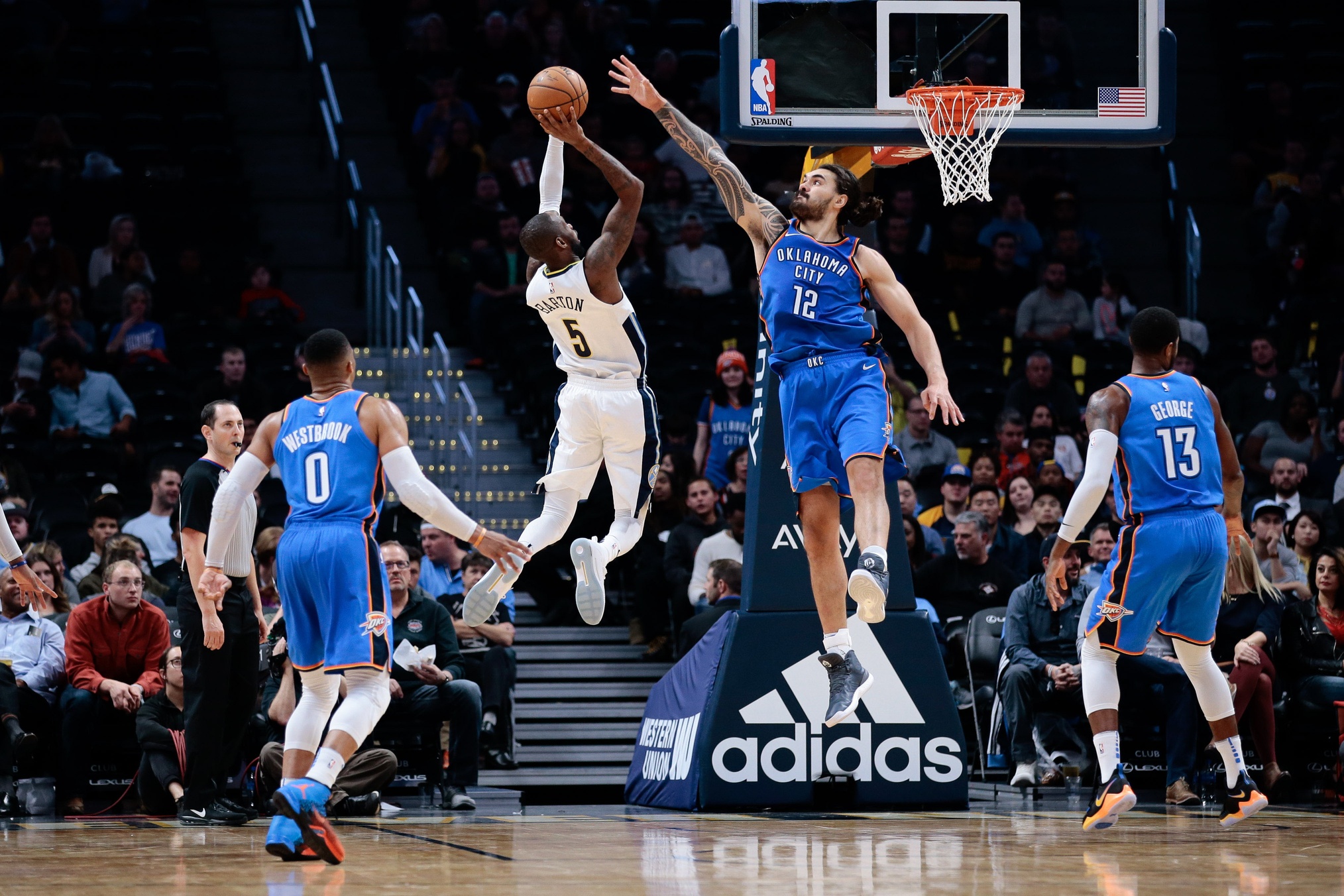 The Denver Nuggets (7-5) won their second-straight game on Thursday night as they beat Oklahoma City Thunder (4-7), 102-94. Denver dealt OKC their fourth-straight loss as the “Big 3” of Russell Westbrook, Carmelo Anthony and Paul George continue to struggle in the early part of the 2017-18 season. The Nuggets have won six of their last eight games and their record on their season-long six-game home stand improved to 4-1.

The win was an all-around team effort; however, the clear-cut star of the night for the Nuggets was point guard Emmanuel Mudiay who put together a very efficent performance.

Mudiay recorded a season-high 21 points, making eight of his 10 shots from the field. He made all four of his three point attempts and added seven rebounds and five assists in his most complete performance of the season. It was another night that Head Coach Michael Malone used Mudiay to close the game for Denver.

“Emmanuel was the MVP tonight. He was phenomenal,” Malone said after the game. “I saw an aggressive, confident young man who believed in himself.”

The Nuggets trailed 53-51 at halftime after allowing the Thunder 13 offensive rebounds and 21 second-chance points in the first two quarters. The teams went back and forth in the third quarter and the score was even, 75-75, entering the final period. Behind another solid defensive performance, Denver held Oklahoma City to 19 points in the fourth quarter.

It was a big win for the Nuggets, in front of a sold-out Pepsi Center crowd, the best of the young season. The game also appeared on national television against one the league’s most-exiting teams.

The Nuggets will try to keep it rolling on Saturday night in a matchup with the Orlando Magic (7-4). Tip-off is set for 7 p.m. MST at Pepsi Center.