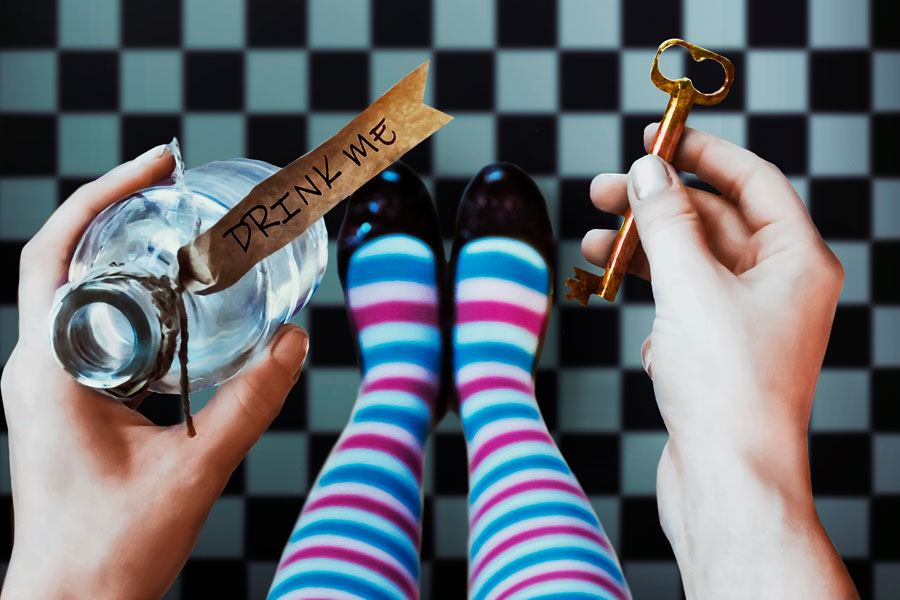 We got knocked off the timeline.

Like a decent but cheaply made Netflix sci-fi show from Canada or Germany, we crossed over into a dark, alternate reality at some point. Things have been wonky to say the least over the last couple of years and it was hard to put a finger on where it all went wrong. But I think I figured it out and it only became clear because of a couple of recent sports moments that put it into focus.

The Cubs won the 2016 World Series and for some it seemed like a lifetime of futility came to a close as the loveable losers sealed the deal and rid themselves of their own curse. But this was just the start of a four year cycle of bad vibes and catastrophe. I’m not saying the Cubs were the sole reason we’ve been beaten over the head with life over the last four years, but they definitely allowed us to slip through a rip in space time that we didn’t realize we were in until recently.

The Astros won a World Series the following year and since it was over the Dodgers, no one was that upset. But when it was revealed that they cheated and a perennial bottom feeder hadn’t finally broken through, the darkness returned. The following year? The Red Sox. Sure, they had won before, but the continued presence of Boston fans in our lives made us start to look around and wonder what was up.

Over at the NHL, the St. Louis Blues won a championship after having never won one and being a terrible franchise forever. In the NBA, an outgunned Cavs team beat the Golden State Warriors which was fantastic, but the dark timeline paid us back as Kevin Durant shamelessly joined an already stacked Warriors team and went on to win two in a row. And then something called the Toronto Raptors won it all. It sounds like a made up team, but I looked it up and they are real.

But the biggest evidence that something was wrong was the Super Bowl winners from 2016 on. The Broncos won it in 2015 and once 2016 slapped us all in the face, it was the Patriots, the Eagles – which should have rocked because it was over the Pats but that’s like the Chargers beating the Raiders in a Super Bowl – the Patriots again and then the real indication something was wrong: the Kansas City Chiefs won it all.

The Chiefs hadn’t won anything since before the merger and Nixon was President, and while they’ve had good teams over the years, thinking these perennial losers would win a Super Bowl was absurd. And yet, right before a worldwide plague changed everything forever, the Chiefs celebrated a championship to a sparse crowd in KC. The future remains to be seen, but I think if the Chiefs become a one-term champion, we’ll know we’ve slid back into the proper timeline.

It’s been a non-stop horror show over the last four years, but there is evidence that we got knocked back into a normal reality.

First, the early 2020 sports season was delayed but the Blues got bounced early in the NHL playoffs and better yet, the Dallas Stars lost after cheap-shotting their way to the Cup Final. The Astros getting bounced from the MLB playoffs was also a sign that we may have flipped back over. And best yet, the patient zeros of bad times, the Cubs, went only one round deeper than the Rockies did.

Then the Lakers won, which was about as surprising as traffic on I-70. Still, the Lakers being bad for like two seasons and immediately jumping back into the winner’s circle was further evidence that things were getting back to normal. If the Clippers had won, we all would have woken up, covered in sweat, back in bizarro world.

But a real test is happening right now, and one we’ll know the outcome of very soon. If the Dodgers win the World Series, after spending the most money on the most postseason futility, it’s not good for our prospects of escaping the dark timeline.

All of us in the Mile High rooted for the Lightning to beat the Stars and we’re rooting for you now to beat the hated Dodgers and set us straight.

Failing that, I’m sure there’s an inter-dimensional rift I can throw alternate reality Dinger in to and blow us all back home.

Let’s all feel better by making some money. Here’s my picks for this weekend.

That’s a mighty big line and I’m still taking it. The Bills are not happy after dropping two games to teams they needed to hang with to make a run this season and the Jets are just so crappy, the Broncos beat them.

Please see above. Same deal except I think the Broncos could beat the Texans too, so the Packers should have no problem in a bounce back game.

The Broncos beating the Pats last week was ugly but resilient. That’s not going to happen here. If it hits ten though? You should think about the Broncos. Not too hard though.

Cowboys -1 at the Football Team

Dallas played horribly on Monday night, but that was after losing its QB and getting run over by Kyler Murray. It won’t be pretty, but there’s no possible way they lose to the Football Team even with Andy Dalton missing wide open receivers and Zeke Elliot bouncing the ball on the ground like he’s playing cricket (you can bet on cricket as well on Draft Kings).