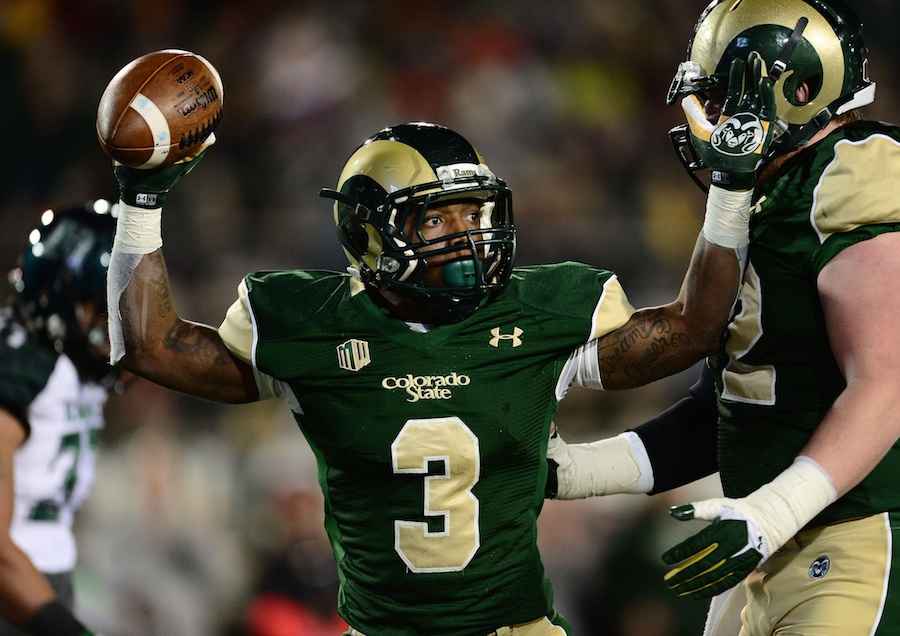 CSU football has been in a state of flux and uncertainty, with a new coach and questions surrounding the quarterback situation. That trend seems to have carried over to the running back position.

Top back Dalyn Dawkins was injured last week, and it remains to be seen if he’ll see time against University of Texas at San Antonio. To further complicate things, head coach Mike Bobo announced three days ago that senior running back Treyous Jarrells would be leaving the team.

“He doesn’t want to be part of this football team, so we’re moving forward." http://t.co/HDoe1VyDMl pic.twitter.com/4FN00KNVRC

Jarrells is a capable back. Last season he ran for 450 yards and six touchdowns, and averaged a respectable 5.2 yards-per-carry. He didn’t see any time in this year’s Rocky Mountain Showdown with CU, but in 2014, Jarrells ran wild, amassing 121 yards on the ground and a touchdown in last year’s game. He looked especially dynamic in a scamper to the end zone in a 24-21 win over Boston College last year.

When looked at from a “what have you done for me lately” mindset, Jarrells’ departure doesn’t seem too devastating. The 5-foot-7, 185-pound senior’s only appearance this season came in CSU’s overtime loss to Minnesota, where he gained 28 yards on seven touches.

But the loss of Jarrells will be magnified considering Dawkins’ hamstring injury suffered against the Buffs. If Dawkins is absent from this week’s matchup, the Rams could be hurting in the passing department as well — he’s the team’s third leading receiver with 104 yards. Dawkins sat out Tuesday practice, but took part in drills on Wednesday.

Who does CSU turn to, you ask?

Oden Jr., the only senior of the group, has carried the ball just as many times as Dawkins, but he still lacks significant experience. Right now he has two fewer carries (44) than he had all of last year.

Freshman Izzy Matthews looked impressive in CSU’s 65-13 whipping of Savannah State, running for 53 yards and a touchdown on six carries. Then again, it is Savannah State.

Our final name, Deron Thompson, had a similar stat line against Savannah State (sans touchdown), but hasn’t played since. The sophomore had 23 total carries last year.

It’s certainly not the ideal situation for a team the desperately needs a win this week.