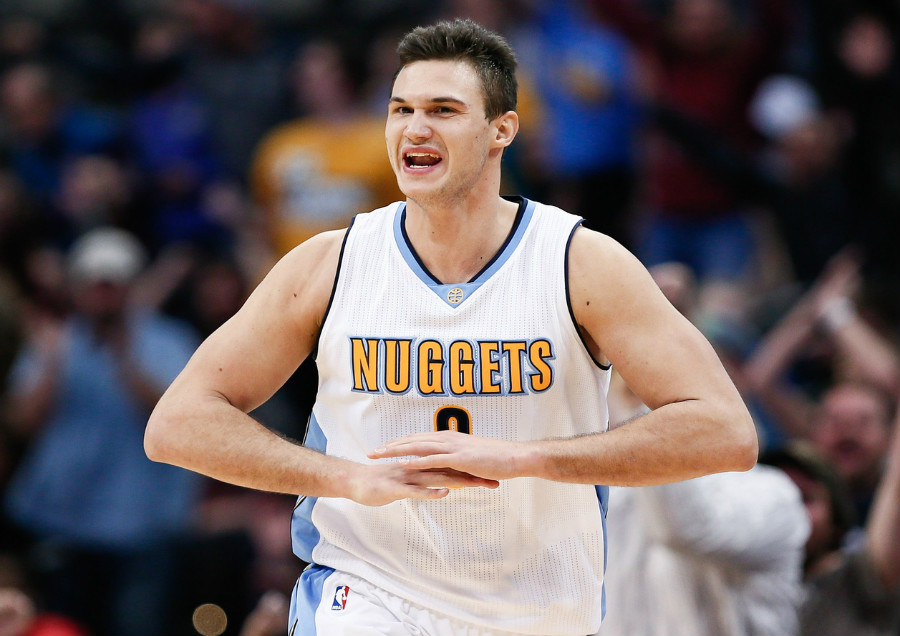 The Denver Nuggets have already been eliminated from playoff contention, and while not many, particularly Vegas, expected them to even compete for postseason positioning, that doesn’t make it easier for Denver’s leading scorer, Danilo Gallinari.

“In the beginning of the season I wanted to go to the playoffs,” Gallinari told Christopher Dempsey of the Denver Post. “I thought we had the chance to do it, that we had the team to do it. So, mission not accomplished. That’s the negative part. Honestly, maybe there are some positives for sure, but for me after all I’ve been through in Denver, going to the playoffs every year and fighting for something every year, to not be able to do that this season was very frustrating for me.”

That’s not to say that the Nuggets’ season has been a lost cause; there are plenty of positives to take away from this first season under Michael Malone, and it all starts with Denver’s young trio — Emmanuel Mudiay, Nikola Jokic and Gary Harris. Along with veterans like Gallinari and Kenneth Faried, these young Nuggets would project to be legitimate playoff contenders next season.

But that’s not enough for Gallo.

“The thing that I would like to change and get back to here in Denver is playoffs should not be in our vocabulary,” said Gallinari. “We should be thinking about championships. I’m tired of thinking about playoffs, playoffs, six, seven, eighth spot. I want to think about championship. That’s something that we always thought when I came to Denver. That’s what I felt as soon as I came to Denver, coming from New York where we were not winning.”

The Nuggets went to the playoffs 10 straight years under George Karl, and that is exactly what Danilo Gallianri wants to mirror and surpass.

“Coming to Denver, that’s all we talked about — championship and going to the championship. Playoffs was not even a problem. We knew that we were going to the playoffs every season. Especially going through the last season (with George Karl), where we break every record. When we were losing a game it was like a funeral — on the plane, on the bus, everywhere. That’s what we need to get back to. So I’m really tired of people talking about playoffs. We’ve got to start thinking about championships here in Denver.”

The Nuggets have done a solid job over the past three years, rebuilding and re-tooling their team in hopes of playing for a championship in the near future.

They have surrounded themselves with young talent, veteran leadership and a ton of draft picks, all in effort to get to the promise land.

And nobody wants to win more than head coach Michael Malone. He has proven that many times over the course of the season, but he knows it’ll take some time.

“There’s an evolution for me, and Pat Riley talked about it,” Malone said. “You have to go from being a nobody to an upstart, an upstart to a contender, a contender to a winner, a winner to a champion, and then a champion to a dynasty. So it’s a process. You can’t skip any steps in the process. But I think we’ve laid a very solid foundation.”

Gallinari has been with the Nuggets as long as anyone on the squad, and Michael Malone has been in the league for a long time; both know their team is on the right track to contend for a ring.

“As long as we’re moving in the right direction, the championship is the end goal,” Malone said. “Let’s make the playoffs. And then, let’s be a tough out in the playoffs… You can’t skip any steps in the process. But I think we’ve laid a very solid foundation and when we get healthy and have guys like Gallo and Wilson (Chandler) and whoever else helping the cause, I think we have a chance in the years to come to build something special that we can all be really, really proud about.

“Experience I think is a big part of getting better and being a better team and going to the playoffs and toward the championship for sure.”

At the end of the year, the Nuggets record will show a losing season, but the important thing is that a foundation has been built. Now comes the fun part.