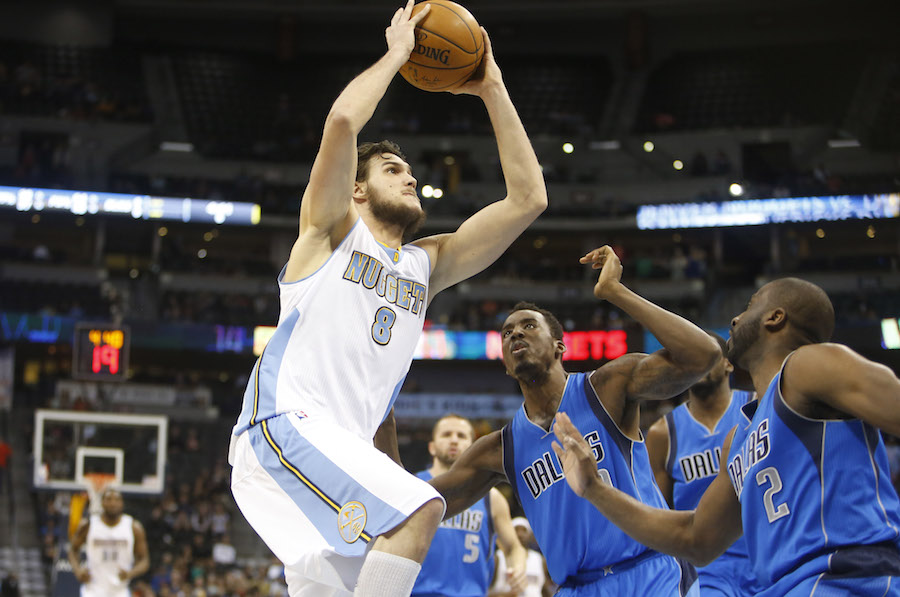 Denver Nuggets forward Danilo Gallinari may not have been selected to play in the All-Star game, but he will be participating in the festivities leading up to the game.

Gallo has been selected to take part in the annual Basketball Without Borders (BWB) camp. He will join current and former NBA players, a WNBA player, and numerous coaches in the second annual BWB camp, which runs during All-Star weekend.

Gallo will help instruct over 50 teenagers that come from over 20 countries.

Basketball without Borders is a partnership between the NBA and FIBA, with the goal of uniting young basketball players, encouraging the sport and creating positive social change in the areas of education, health and wellness.

The mission of the camp is to help kids that live in struggling situations from all over the world. The camp has been running since 2001 and has staged more than 41 camps in 23 cities in 20 different countries across five continents.

“The BWB Global Camp is a great opportunity for these boys and girls to learn directly from players and coaches, many of whom have been involved with the BWB program for years,” said NBA Vice President of International Basketball Operations, Brooks Meek. “The BWB program continues to teach values like leadership, teamwork and respect that have application on and off the court.”

While Gallo would have undoubtedly been happy with an All-Star nod, this is a pretty sweet consolation prize.

The camp will run from February 12-14 at Mattamy Athletic Centre in Toronto.