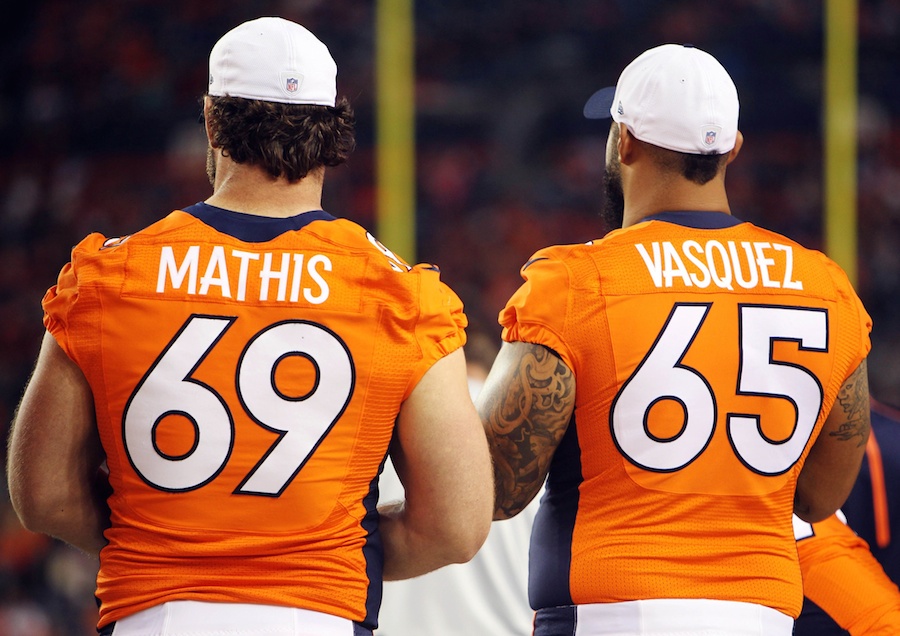 The Denver Broncos have a bit of a funky practice schedule this week, given they play Thursday at Kansas City.

Rather than have a traditional Monday, today was a bit of a shakeup. The team isn’t practicing during the day, instead not until 6:30 p.m. tonight. That meant an earlier than usual open locker room session, something several players seemed surprised about. One even muttered, “why the f*** is the media in here?!”

We were there and some guys were much more willing to talk than others. Here are some highlights from Broncos open locker room on Monday.

Evan Mathis: "Most of the stuff that went wrong with me is just technical stuff. It wasn't getting overpowered. I'm not making excuses."

Mathis is a stand up dude and easy to talk with. He was probably unnecessarily harsh on himself, but better that than the other way around.

Ward was terse with the media and pretty short. You could tell he was glad to be back but also ready to work. He’s also still mad he couldn’t play Sunday — and rightfully so.

Owen Daniels: "To be able to win a game where offensively we didn't play well was great. But we grinded them down late that last drive."

Daniels is a seasoned veteran who knows when to rip off cliches for the media. He did that on Monday, but was open about how key that drive was.

Brandon McManus on last FG: "I hadn't had a kick in about 45 minutes. I had to run and get my helmet and really had to lock in mentally."

McManus proved a lot of doubters wrong on Sunday, having a big day kicking field goals (4-4). His ability to hit early and late was impressive.

Vasquez was pumped he now has a big cover from his appearance on the front of Mile High Sports Magazine. He said it’s going on the wall in his office.

Evan Mathis who wasn't signed yet when we did our photo shoot: "It's cool. I'll get my own cover." We might just have to make that happen!

Mathis barely missed the cut for our photo shoot as he was still a free agent when the camera captured that shot. Keep No. 18 upright all year, Evan, and we can definitely make that happen.