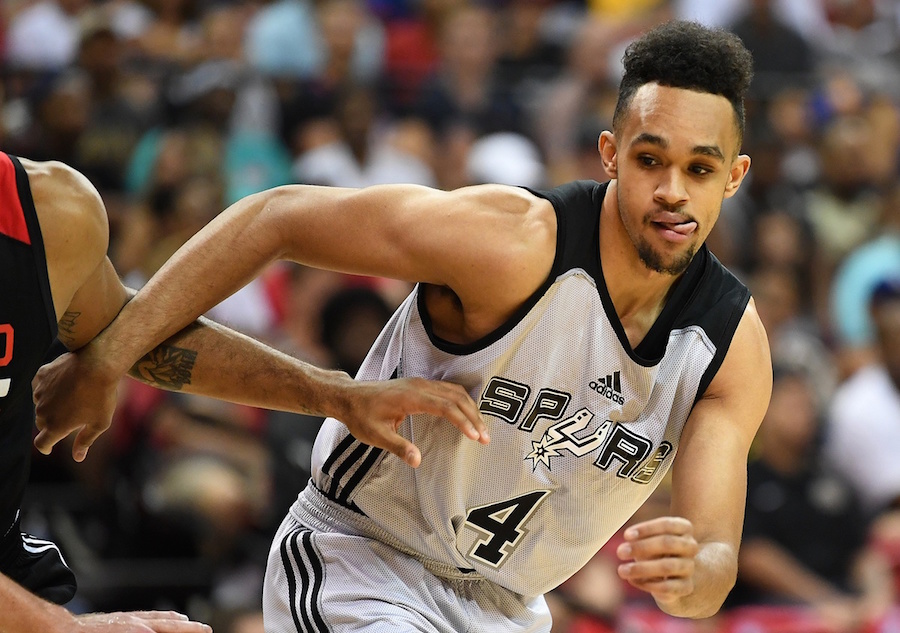 Throughout his Summer League performance, former Colorado Buffaloes guard Derrick White displayed the consistency that made him a first-round selection of the San Antonio Spurs. Over the six games that White played, he failed to reach double digits just once.

In just one season in Boulder, White solidified himself as the Buffs best player. White’s versatility in college shined, averaging 18.1 points, 4.4 assists, 4.1 rebounds, 1.4 blocks and 1.2 steals. His fit as a do-it-all player with Gregg Popovich in San Antonio seems too good to be true. Having already signed an NBA contract, White’s Summer League performance put him firmly in contention for added playing time come October.

White improved throughout Summer League, saving his two most productive games for last. Against New Orleans, White scored 15 points in 28 minutes of action. What’s more, he proved his versatility by contributing in all five statistical categories throughout the game.

In the team’s finale against the Portland Trailblazers, White scored a team-high 20 points and pulled down five rebounds. Over the two-game stretch, White shot over 45 percent from 3-point range and 41 percent from the field. At the end of the third quarter, White made two plays of note, first by showing of his speed on a fast break to the basket and second by converting an and-one to end the quarter.

.@spurs rookie Derrick White shows off the speed and gets to the rim on ESPN 2!#NBASummer Quarterfinals! pic.twitter.com/VI7XtruRxR

To the hoop! 1st round @NBADraft pick, Derrick White, converts on the and 1 at #NBASummer!@spurs & @trailblazers head to Q4 tied at 65. pic.twitter.com/sJiz9JUJxR

White’s steady play this summer could be indicative of the kind of player he has the potential to be at the next level.