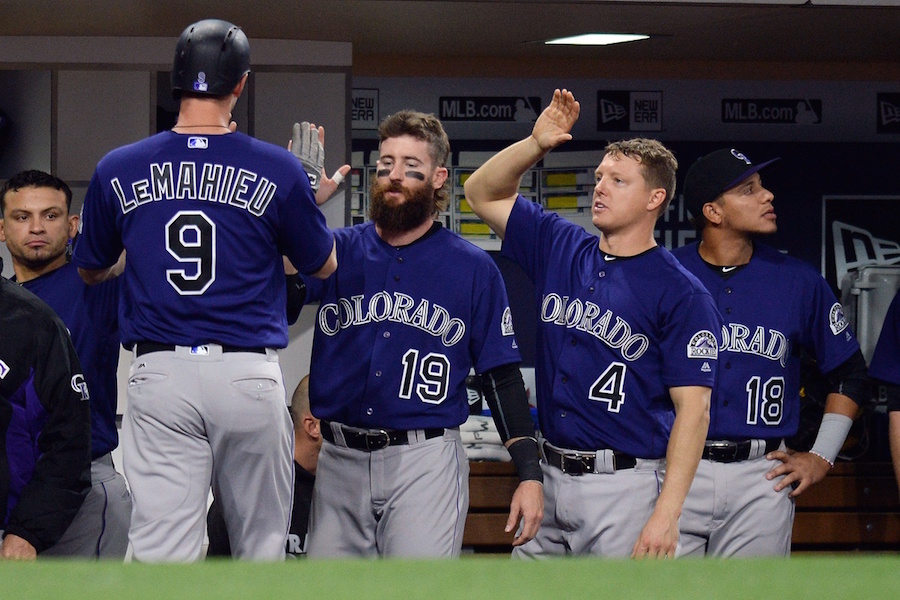 Colorado mustered just four hits on the day, two from D.J. LeMahieu and two from Carlos Gonzalez. LeMahieu’s 2-for-4 performance raised his batting average to .342, trailing Washington’s Daniel Murphy by just .003 points for the NL lead.

Colorado will try to even the four-game series in the finale on Sunday.