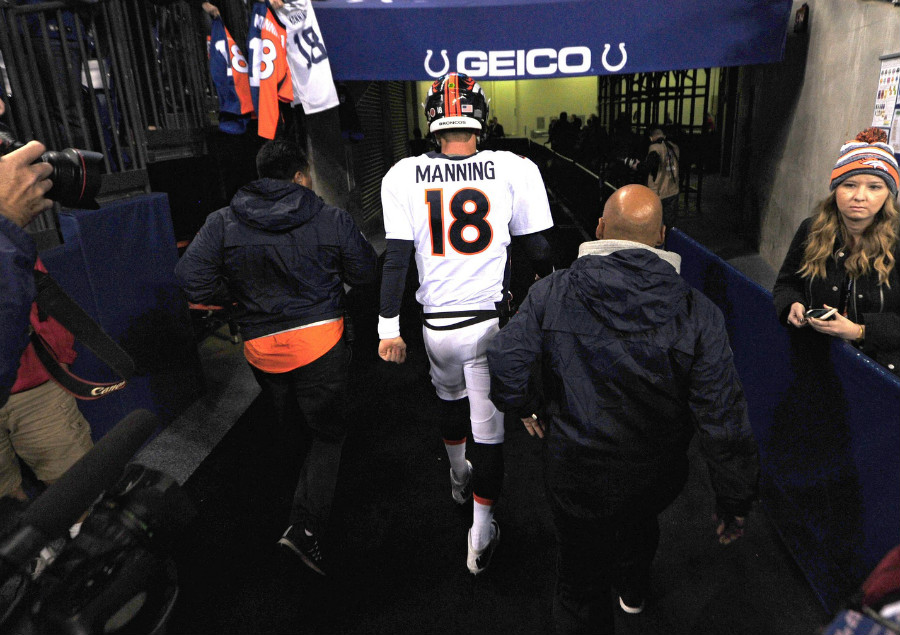 Since before the season even started, there has been a debate raging throughout Denver over whether the Broncos should sit Peyton Manning for any period of time, allowing him to rest and giving Brock Osweiler a chance to get some legitimate action.

After learning this week that Manning has been and continues to suffer from plantar fasciitis, the answer should be clear: Yes.

Right now, the Broncos and their fans need to throw away the mentality that every game is just as important as the next or that tough men play, no matter what; the Broncos have won a lot of games in the past, they’ve had several first-round byes, and they’ve got nothing to show for it.

The most important thing for the Broncos is that they’re the best team in January, not on November 22 against the Chicago Bears.

No matter what side of the Manning-debate you land on, nobody can deny the fact that the man is 39 years old. There are 39 year olds playing pickup basketball at the gym, let alone spending their Sundays getting pounded into the ground by 300-pound freaks, who have a tough time getting out of bed the next morning. Manning may be tough as nails — as evidenced by his 227- and 56-game start streaks — but I doubt even he can deny that some R&R would be nice, even if he’d never dare pull himself out of a game.

And on that note, there’s nothing I can do but respect Manning. And if all he was dealing with was the wear and tear of a grueling season, I’d say he’s earned the right to decide for himself whether he’s fit to play.

But this isn’t just wear and tear; Peyton Manning is injured.

I may not be a doctor, but according to Healthline.com, there’s no quick fix for plantar fasciitis:

“Most people do not need surgery to relieve pain. However, treatment can last from several months to two years before symptoms improve.”

Now, to be fair, we really have no idea how severely this injury is affecting Manning. He may have had it for the last four weeks, if not months, and it only just flared up to the point that the Broncos felt they had to put it on their injury report this week. And according to WebMD, those suffering from plantar fasciitis normally experience the bulk of their pain before and after activity, not during. So that’s good news for Manning and the Broncos, too.

And that’s why I’m not advocating for anything more than one game of rest for Manning, preferably next weekend against the Bears.

At this point, Manning is all but a sure thing to start on Sunday against the Chiefs, but if he feels any more discomfort, wouldn’t giving him an additional bye week before facing off against the Patriots be a good idea? We saw what it did for Manning and the offense heading into the Packers game.

Plus, there is the Brock factor.

Whether you like it or not, there’s a very good chance the Broncos will have to make an expensive decision this offseason on whether Brock Osweiler is going to be the future of the franchise. And if the Broncos have to make that decision without ever seeing him take a meaningful snap in the regular season, I don’t know how anybody can expect them to make the right choice.

I have no doubt that Manning can play the rest of the season with the plantar fasciitis. But what gives the Broncos a better chance at the Super Bowl? A three-seed and a healthy Manning or the two-seed and an ailing Manning?

It’s a tough question, but I’ll take a healthy Manning every time.