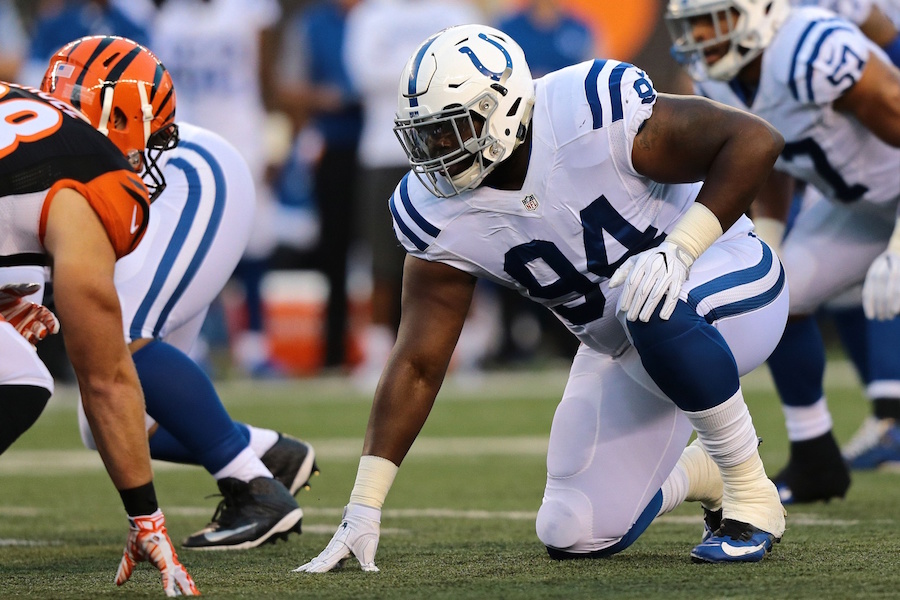 It was no secret that a contributing factor to the Broncos’ 9-7 season in 2016 was the drop off in defending the run. A pair of early draft picks and a pair of veteran acquisitions should be key factors in returning the run defense to elite status in 2017.

In 2015, the Broncos were the third-best defense in the league against the run. In 2016, they fell down to 27th against the run. The offseason losses of Malik Jackson and Danny Trevathan were part of the reason for the drop off in performance by the defense.

In the 2017 offseason, the Broncos parted ways with another starter on the defensive line when starting nose tackle Sylvester Williams signed with the Tennessee Titans in the offseason.

Despite yet another loss to the defensive line, there is reason for optimism that the D-Line can return to the dominant unit it was in the 2015 Super Bowl season.

The potential resurgence along the defensive line begins with two free agents the Broncos signed in the offseason: Defensive tackles Domata Peko and Zach Kerr.

Kerr isn’t as well-known as Peko, but holds his own in terms of what he brings to the defense.

Playing in 12 games for the Indianapolis Colts last season, Kerr registered 2.5 sacks and continued to see his playing time increase as the season went on.

Entering his fourth season, Kerr could see significant playing time as part of a defensive line that should rotate its players on a regular basis to keep the d-line fresh for the duration of a game.

Fans can expect Peko to make an immediate impact on the field, as he is rarely seen off of it. Since 2010, Peko has started and played in every game for the Cincinnati Bengals, lining up as both a defensive tackle and nose tackle.

Peko’s veteran presence and consistency will be valued on a team that will also lean heavily on two young players at the defensive end position, both of whom were second-round draft picks.

One of those young players is last year’s second round pick was former Georgia Tech defensive end Adam Gotsis, an Australian-native who began his career playing Australian football before learning the rules of American football at Georgia Tech.

Gotsis’ development was slowed by an ACL injury sustained in college that limited his playing time during OTAs and training camp last offseason.

With a full offseason to continue learning the defensive scheme and to get fully healthy, Gotsis should see a large role on the defensive line. He’s already making a big impression with his coaches and teammates during offseason workouts.

In the 2017 NFL Draft the Broncos further addressed the defensive line by drafting DeMarcus Walker in the second round.

Walker, a standout at Florida State, has a special knack for getting to the quarterback, registering 16 sacks in the 2016 college football season.

Though the Broncos have outstanding pass rushers at the outside linebacker position in Von Miller and Shane Ray, the Broncos often lacked an interior pass rush that allowed quarterbacks to step up in the pocket to avoid pressure from the outside.

Walker’s presence will allow for a more consistent pass rush that will swarm quarterbacks inside the pocket.

To a defensive line that already has star defensive end Derek Wolfe, adding seasoned veterans will bolster the play of the defense against both the run and the pass.

If the two talented second-year players can learn from the veterans, expect the Broncos to return to the ranks of an elite defense.