The Broncos flight from McCarran International Airport on Sunday night had to look like most flights departing Sin City. The plane headed back to Denver must have been filled with that same old stench – broken, beaten, that look that painfully suggests the white flag has been waved.

And leave it to the Raiders – the hated Raiders, who celebrated on the sideline for the entire fourth quarter – to expose the Broncos for what they are:

The Broncos-Raiders rivalry was once personal. But if there’s an ounce of heart left in the Broncos, the ability to change their fate simply isn’t there. The Broncos are so devoid of the key ingredients that make up a decent football team, there wasn’t much they could do in the dessert.

The final score, a 37-12 beating, looked better than really was. The game’s final score, courtesy of former Bronco Devontae Booker, was just salt in a gaping, oozing wound.  The Raiders ran roughshod over the Broncos defense, pounding away to tune of 204 rushing yards. Anywhere one might look, the Raiders are better than the Broncos.

The Broncos special teams made Hunter Renfrow look like the second coming of Devin Hester.

Pat Shurmur’s offense was once again overmatched and overwhelmed, making the Raiders defense – ranked 23rd prior to Sunday – look like the ’85 Bears.

And speaking of Bears defenses, Denver’s looks nothing like the defenses Vic Fangio called back in Chicago.

Perhaps the game’s most telling plays came when the Raiders made back-to-back trips into the redzone. The first time, the Broncos failed to call a timeout even though they had just 10 players on the field. The Raiders proceeded to score. The next time, the Broncos were forced to call a timeout because they had 12 players on the field. In a blowout loss, neither scenario “cost” Denver the game, but both were illustrative of the massive mess that is the Denver Broncos.

At current, there’s nothing Denver has that the Raiders don’t. Derek Carr is a better quarterback than Drew Lock. Jon Gruden is a better coach than Vic Fangio. Mike Mayock is a better GM than John Elway. Mark Davis is a better owner then, well, whoever it is that owns the Broncos.

If you’re a Denver Bronco, or a fan of them, you shouldn’t.

Dalton Risner, starting guard and a lifelong fan of the Broncos called it “unacceptable.” He understands the standard when it comes to the Orange and Blue. “The word is unacceptable,” he re-emphasized.

“All of our fingerprints are all over that game,” Fangio said after the game.

How about re-start? As in scrap the whole damn thing. Obviously, that can’t happen on a midseason Monday morning – can’t happen until least until December – but something drastic must happen in Denver. This is not the football team that was once one of the proudest franchises in all of sports.

And what is there to lose? If yours is an argument for consistency over resets, the question must be asked: What constants are worth keeping? Look at the entire list of names that have a locker or office at the UCHealth Training Center in Centennial. If you had to start all over, who are your building blocks?

The Broncos possess guys who can play in the NFL, but not enough of them. And when the talent isn’t there, the coaching better be – and it’s not either. All of it, of course, hints at the elephant in the room – it’s John Elway who’s assembled all of the above.

There was a palpable irony in Mike Shanahan’s words during a 9News special that aired on Saturday night. It was a 30-minute mini-documentary that told the tale of Shanahan’s success as the Broncos head coach, and in recollection, the former coach hit the nail on the head: “Pat (Bowlen) allowed you to not only get the best, but keep the best – coaches and players.”

Where has that philosophy gone in Denver? Since Manning, the Broncos have rarely obtained the best of anything. There are countless quality players that have departed, too. Von Miller is one of the few examples of a great player who has both wanted to stay in Denver and been paid accordingly. Meanwhile, the Broncos entered the season with a healthy amount of cap space at their disposal.

On this fine, blue-sky Denver morning, Mr. Bowlen would be embarrassed. And it seems like anytime he was embarrassed, heads would roll. Turning things around might take time, but the choice to not accept “embarrassing” always felt immediate under the late great Bowlen’s watch.

Dan Reeves, Wade Phillips, Mike Shanahan, Josh McDaniels. There are many names – plenty of which are legends in Broncos blue – who were shown the door when things got too ugly for Mr. B’s liking. If things aren’t considered too ugly now, will they ever be? Getting embarrassed by the franchise nemesis should come with consequence.

Sunday’s slaughtering in the new home of the Raiders was symbolically ugly; it was a culmination of some not-so-pleasant things: What the Broncos have done in the five years since Peyton Manning retired; where the Raiders are headed, and where Denver isn’t.

Sunday was an embarrassment, and in Denver, that’s never been acceptable. 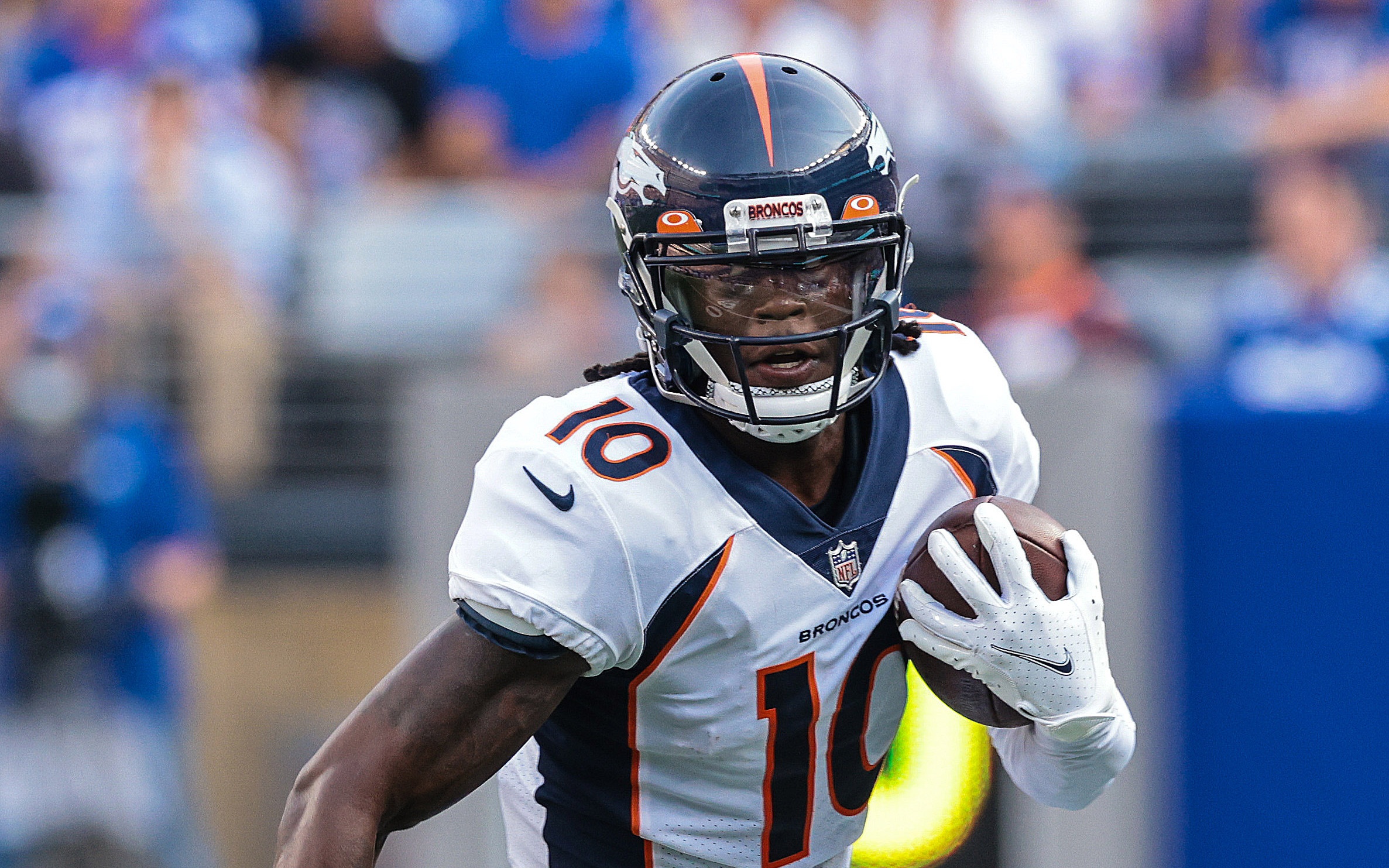 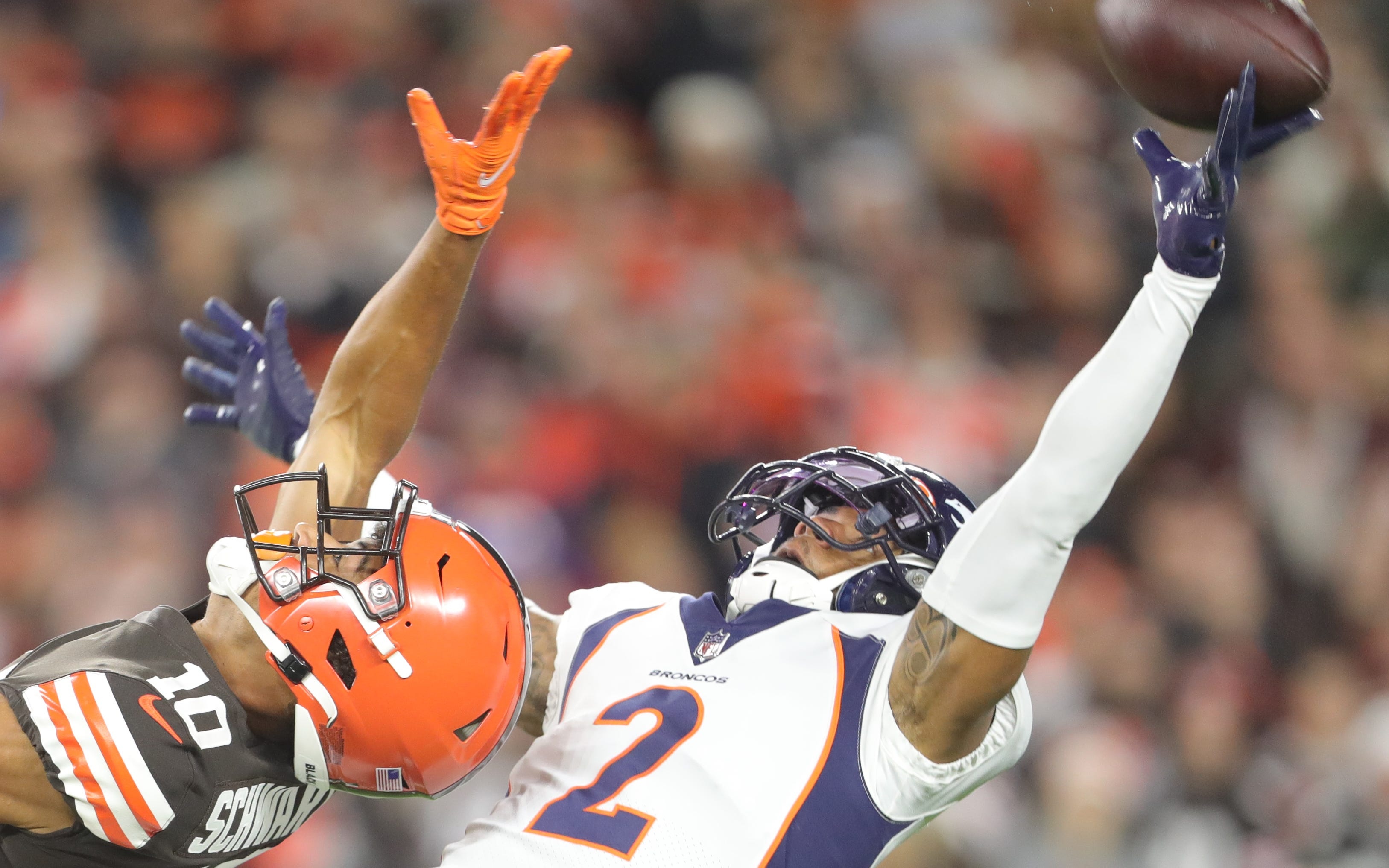