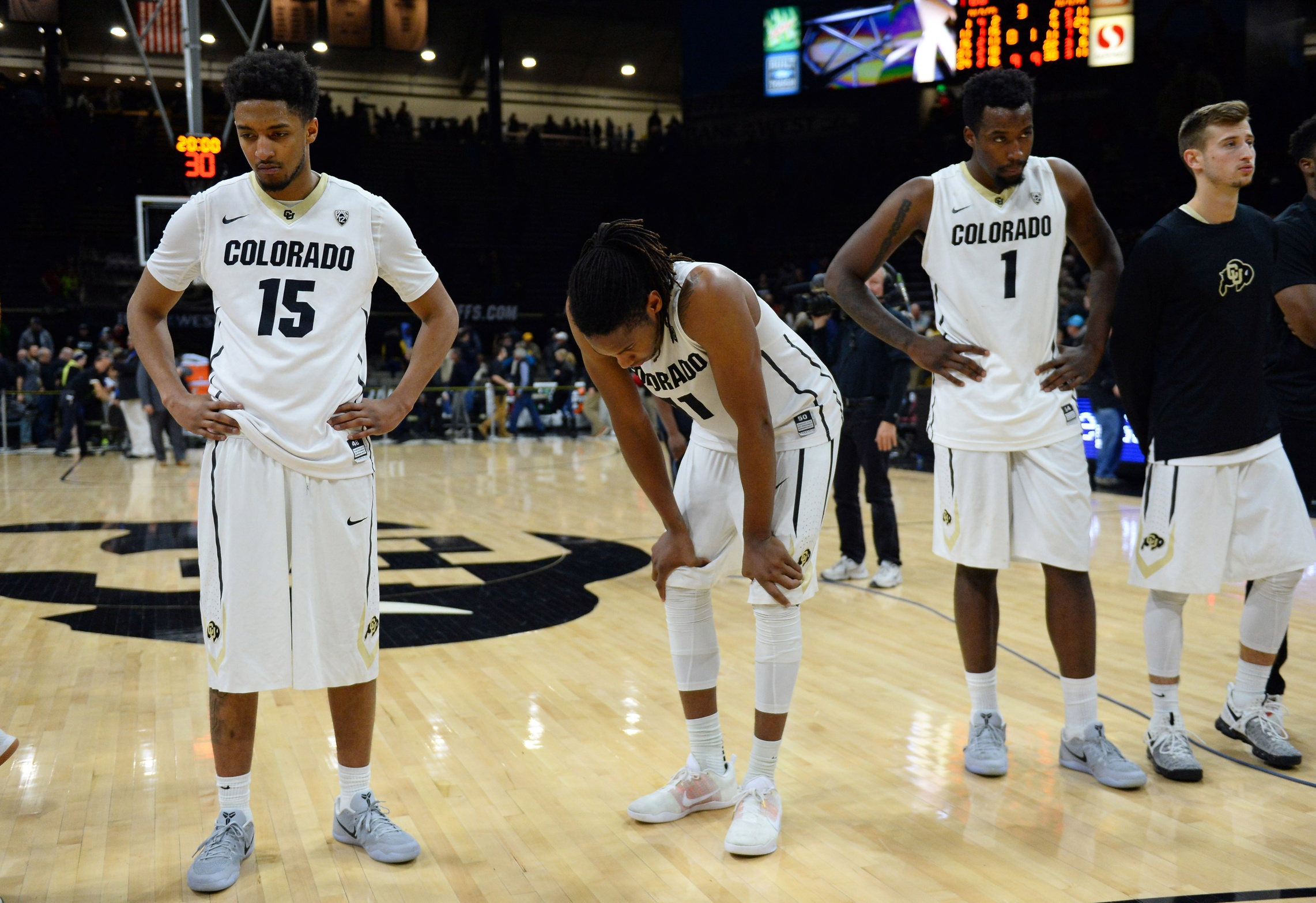 All season long, the Colorado Buffaloes men’s basketball team has struggled to find its footing and identity on the hardwood, and Saturday proved no different; as the Buffaloes dropped their seventh straight conference game at Washington State in overtime, 91-89.

The course of the game, in fact, was a great example of how their 10-10, 0-7 season has been going up to this point. The Buffs got off to a hot start and slowed their roll as Washington State (10-9, 3-4) quickly took over in the second half.

They fought tooth and nail to get themselves back in the contest, and when push came to shove, they managed to earn their fans some free basketball—and they even regained the lead in halftime.

But luck, as it would have it, did not favor the Buffs as the Cougars sealed the deal with a highly contested layup with 10.5 seconds left, and the Buffs couldn’t respond in time.

Their troubles, however, translated over to their defensive efforts as the Cougars ended with 53.8 percent shooting. Charles Callison terrorized Colorado’s defense with 30 points of his own, followed by Ike Iroegbu’s 20 and Josh Hawkinson’s 18.

The Buffs came out strong in the opening minutes of the game, but several Cougar runs quickly ended that campaign as they took the lead and held it the rest of the half. After the two teams exchanged blows for a few minutes, the Cougars started to gain a somewhat sizable lead with seven points, 31-24.

By the time the buzzer sounded, however, the Buffs began to fight back. At the half, the Buffs trailed 39-35.

As has been the case much of the season, the Buffs played fine on offense, shooting 44.4 percent. They could not, however, force many stops as the Cougars finished 51.7 percent of their shot attempts and struggled to take care of the ball with nine turnovers.

The Buffs quickly went to work in the second half as they managed to tie the game up at 44 just three and a half minutes in thanks to two consecutive triples from Johnson and King. Although they didn’t manage to regain the lead, they spend the next nine minutes once again playing catch up, and again tied the matchup at 61.

After that, things started to get out of hand for the Buffaloes. With four and a half minutes to spare in regulation, the Cougars notched a 10-point lead, 77-67, before the Buffs were able to respond.

Thanks to a monster 19-point second half performance from White and great execution down the stretch, the Buffs managed to tie the score at 83 with 7.2 seconds left as White sunk two clutch free throws.

The tides turned in Colorado’s favor as they regained the lead for the first time since the opening minutes of the contest with a pair of foul shots from King. That luck seemed to sway in the Buffs’ favor up until the last 10.5 seconds of the game, as the Buffs squandered their final chance to hold the lead and Iroegbu converted on the other side of the court for a heavily contested layup.

In the end the Buffs couldn’t get the job done, as has been the case much of this season, as the Cougars went on to win 91-89.

The Buffs’ search for their first conference victory will have to wait until Thursday, Jan. 26 as they take on a worse-off Oregon State team, who’s 4-15 on the season, at home at 6:30 p.m. The game will be broadcast on Fox Sports 1.