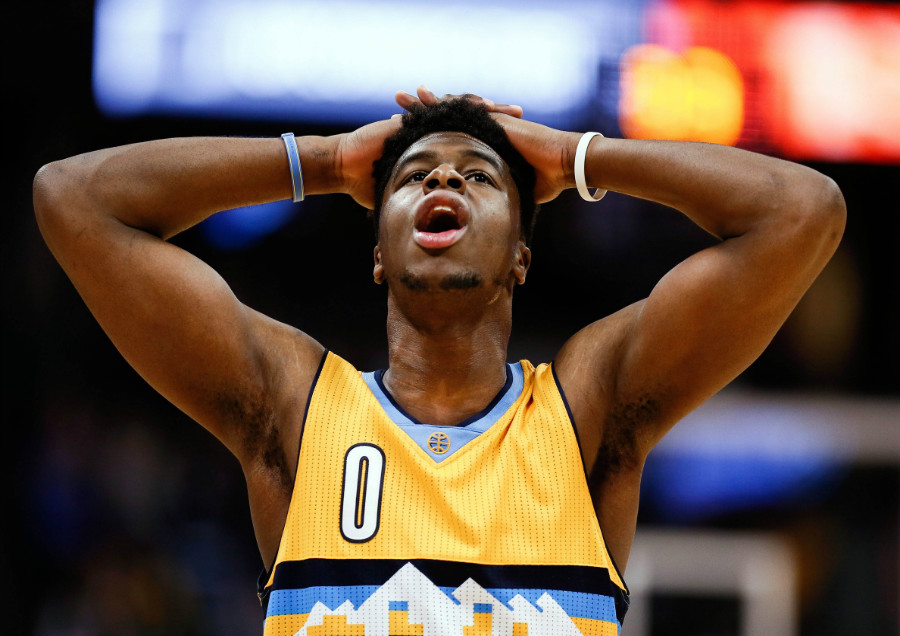 The Denver Nuggets are nearing the end of the regular season, and with the playoffs within reach, the team is opting to move forward with Jameer Nelson as the team starting point guard; leaving Emmanuel Mudiay with a spot on the bench.

Now healthy, Mudiay, 20, has missed the team’s last six games due to a lower back injury and has been the starting point guard for the Nuggets for just about a year and a half now.

“I’m going to go with Jameer. Jameer is our starting point guard for right now and he has done a good job,” Malone said after the team’s practice Wednesday. “He has earned the trust and he has done a very good job while Emmanuel has been out. When it comes to who plays behind Jameer, that is a decision we are still trying to figure out.”

Mudiay has not shown much growth since his rookie season, and with the playoffs looming, Denver needs to put their best foot forward. For the time being, that is with Jameer Nelson running the point guard and Mudiay coming off the bench.

“26 games to go with a fully healthy roster, you cannot keep everybody happy.” Malone said. “I think, as you make a playoff run, it’s not about keeping everybody happy. It’s about accepting roles and sacrificing for the betterment of the team as we try to be a playoff team. That is never easy but hopefully, our guys understand that and can deal with it.”

Mudiay will need to re-earn his starting spot with the Nuggets; however, if the team experiences success with Mudiay coming off the bench, coach Malone would be wise to stick with the winning formula, especially as games get more important down the line.

There is still hope for Mudiay, the talent and potential are there are in flashes. With that Mudiay needs to find consistency in his game and eliminate the frustrating rookie mistakes that have constantly caused problems in his game.

Mudiay is averaging 11.8 points and 4.2 rebounds per game this season.