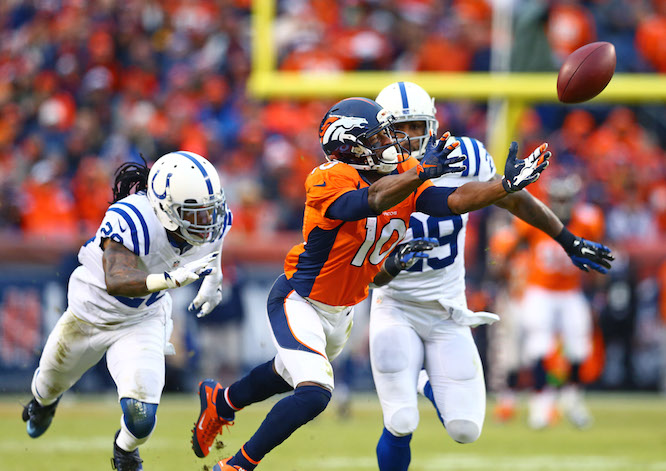 “Get off my quarterback, man”

Those are the words Emmanuel Sanders had for all the Peyton Manning haters out there while appearing on ESPN’s NFL Live Thursday. In fact, he was so ardent in his support that host Trey Wingo felt fired up for Manning, too.

Throughout the interview, Sanders made it clear that the offensive struggles weren’t a Manning issue; it goes deeper than that.

“It’s not the same offense,” Sanders said. “It’s going to take a little while. This guy’s been in the same system for 18 years, and now he’s trying to get used to a totally different system. So give him a little time.”

After getting off the air, Sanders took to twitter to reiterate the point.

No matter how much support Manning has within that locker room — and I’m sure it runs deep — the football community will continue to question his ability until proven otherwise. Maybe the issues do stem from the new system and the shoddy offensive line, but it could just as easily be his age and his arm, too.

I guess, as Sanders said, we’ll just have to watch.