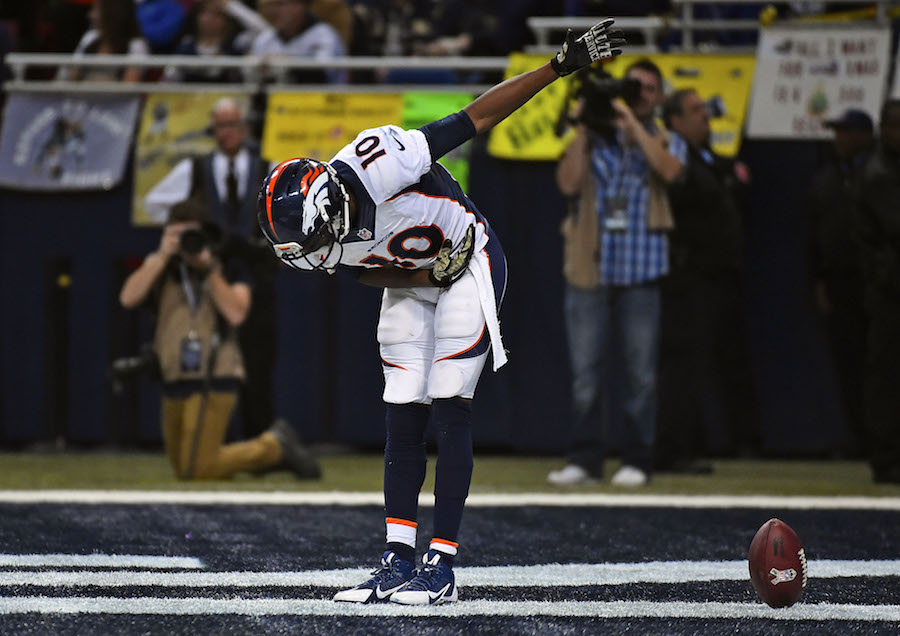 With the start of NFL free agency coming today, the NFL world is alight with news, rumor and speculation about everyone and everything. That said, the Broncos’ quarterback position remains the hottest topic of conversation.

While Brock Osweiler and the Broncos have apparently ramped up negotiations, reports also surfaced today that Colin Kaepernick would become Denver’s backup plan were Osweiler to bolt. Obviously, that’s got Broncos Country fired up and even Emmanuel Sanders got in on the action.

When asked about his opinion on Kaepernick, here’s what “E” had to say:

Since Sanders (A.K.A. 10) came to Denver two seasons ago, he and Thomas have combined for 393 receptions for 5,462 and 32 touchdowns. Those numbers would get any quarterback excited.

And when asked how he’d like to catch balls from Kaepernick, he responded with this:

Well, whatever quarterback is in Denver, there’s no question that Sanders will be doing a lot of that.