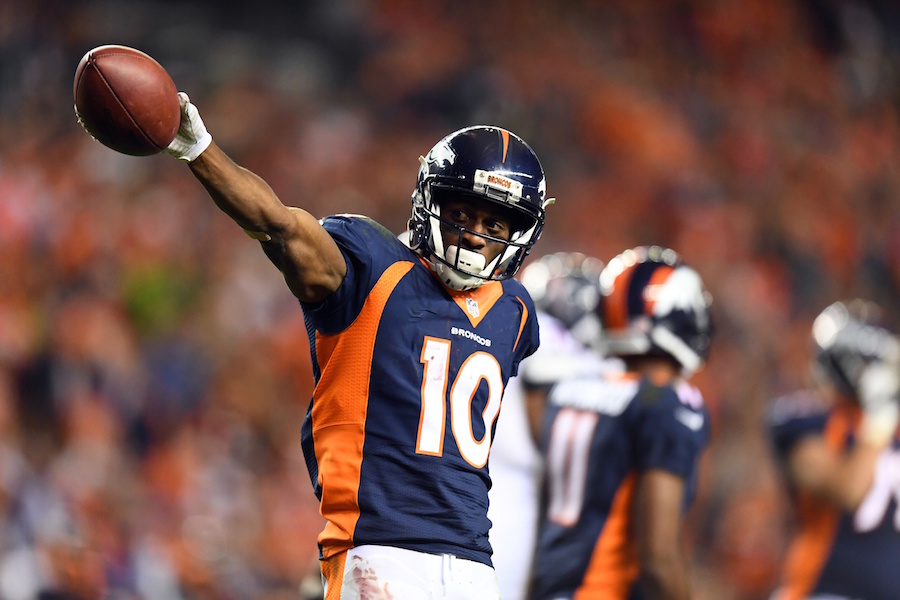 The Broncos made changes to their coaching staff this offseason, and with that comes a new set of schemes and plays. “I’m optimistic. I like what I’m seeing,” said Sanders. “Offensively, from a schematic standpoint, we’ve got so many different options, and how we can attack people. I like that, so i’m optimistic.”

Azzanni was brought in to jump-start Denver’s wide receiver corps, and Sanders admitted that it wasn’t all smooth sailing. “We butted heads at the beginning,” Sanders said. “He has his ways and I have my ways. But at the end of the day, we’ve got a common goal and we want to win. We’ve been working it out. I’ve been listening to him, and he’s been listening to me. It’s starting to pay off.”

The Broncos have had a void in leadership thanks to the quarterback shuffle that followed Peyton Manning’s retirement. Case Keenum was brought in to fill that role, and the early returns are promising. “He’s a great leader,” said Sanders. “The majority of the days, he’ll come in and ask ‘DT’ [Demaryius Thomas] and I to go and watch practices. We’ll go and sit in the back room and watch film and go over what he’s thinking and what we’re thinking. I’ve been a part of two Super Bowl teams, and that’s what it takes; that extra work that’s not mandatory.”

Rookie DaeSean Hamilton has already caught Sanders’ eye in OTA’s. “He’s a playmaker,” Sanders said. “I think he’s one of those diamonds-in-the-rough type of guys. I think a lot of people don’t know about him. He has deceptive speed, and he can get open on routes. He has good hands, and he’s been making plays the whole entire time at OTA’s.”

Ground Game: The Broncos passing problems can be solved with an old school approach