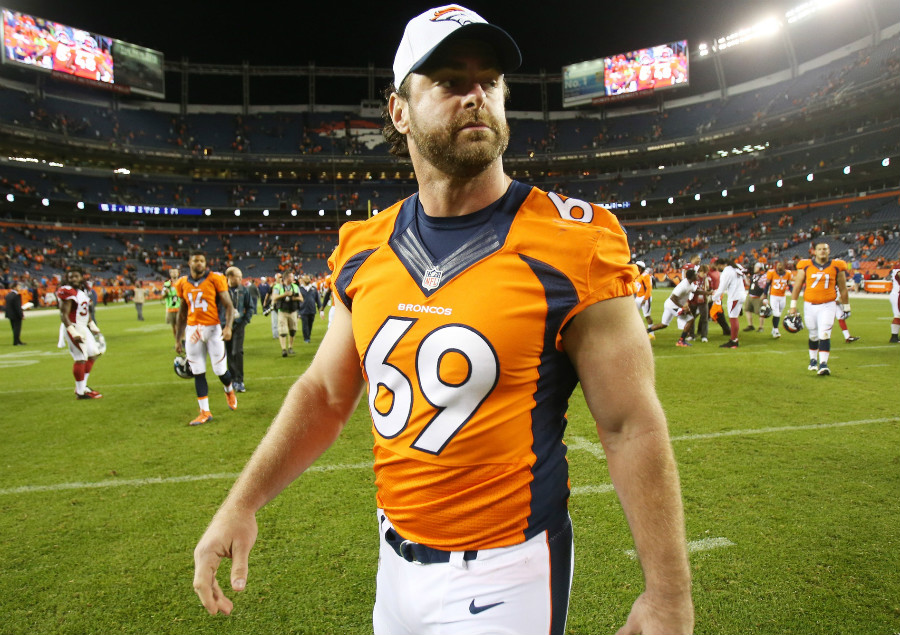 If there’s one professional athlete you absolutely need to be following on Twitter, it’s Evan Mathis.

The Denver Broncos’ All-Pro guard goes against all conventional wisdom when it comes to how athletes, or any “celebrity” for that matter, interact on social media. Instead of lying low, staying out of his mentions and only posting safe, politically-correct opinions on his timeline, Mathis is ever present, popping up in your responses at a moments notice.

If you want to get a hold of Mathis, it’s easy: Just say his name. He’s the Internet’s version of Beetlejuice. Or Bloody Mary. Or your State Farm agent.

@Nelson81 @975Mornings creepier that he does that routinely or that you know he does?

Alright, now guess what happened next?

If you just quietly whispered to yourself, “Mathis appeared,” you’re exactly correct! If not, you’re totally missing the point of this story …

But whatever you do, don’t expect him to do anything that involves communicating through face-to-face conversation or using a telephone to transmit his voice to your ear.

And he’s been doing this for years. Just yesterday, Mathis took down a Patriots troll by trolling him even harder; he is the master!

But why? Does he just give zero you-know-whats? Is he just a different kind of dude? Probably. I’m guessing there’s a reason why his number is 69, and I don’t think it’s because he missed the joke.

And guess what? I’m cool with it. In fact, more athletes should be like Evan Mathis. He may cross the line, and he probably offends a good amount of people, but I’d rather have a Mathis’ tweet scroll across my timeline than the thousandth “#Blessed to see another day” tweet every other athlete has seemingly programmed to send out each morning.